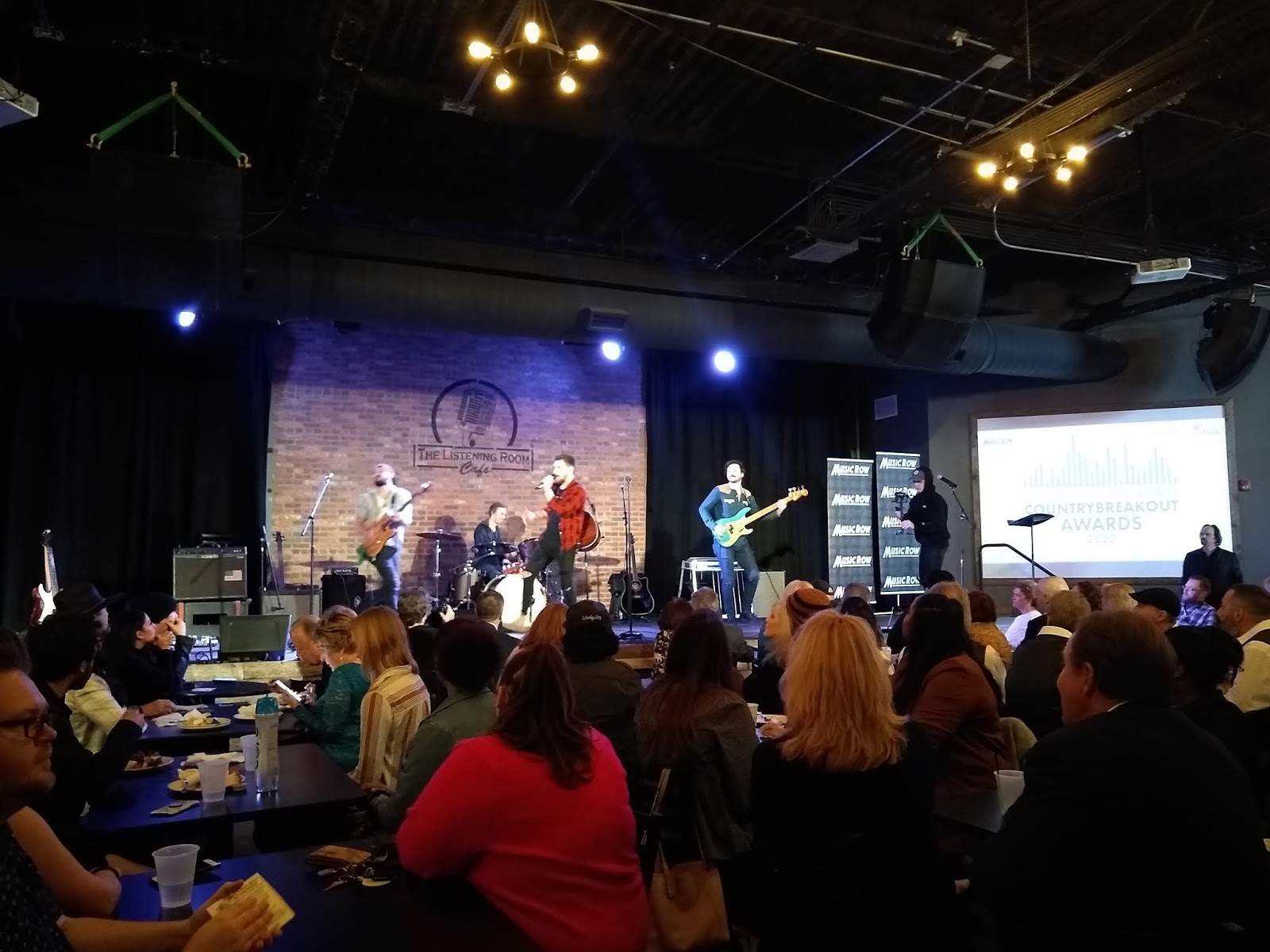 Nashville, TN. An impressive gathering of
Who’s Who of Music Row was found in the country music center of the world
Wednesday morning as the publication Music Row held their annual Country Radio
Meet & Greet Breakfast and CountryBreakout Awards event at the Listening
Room Café. 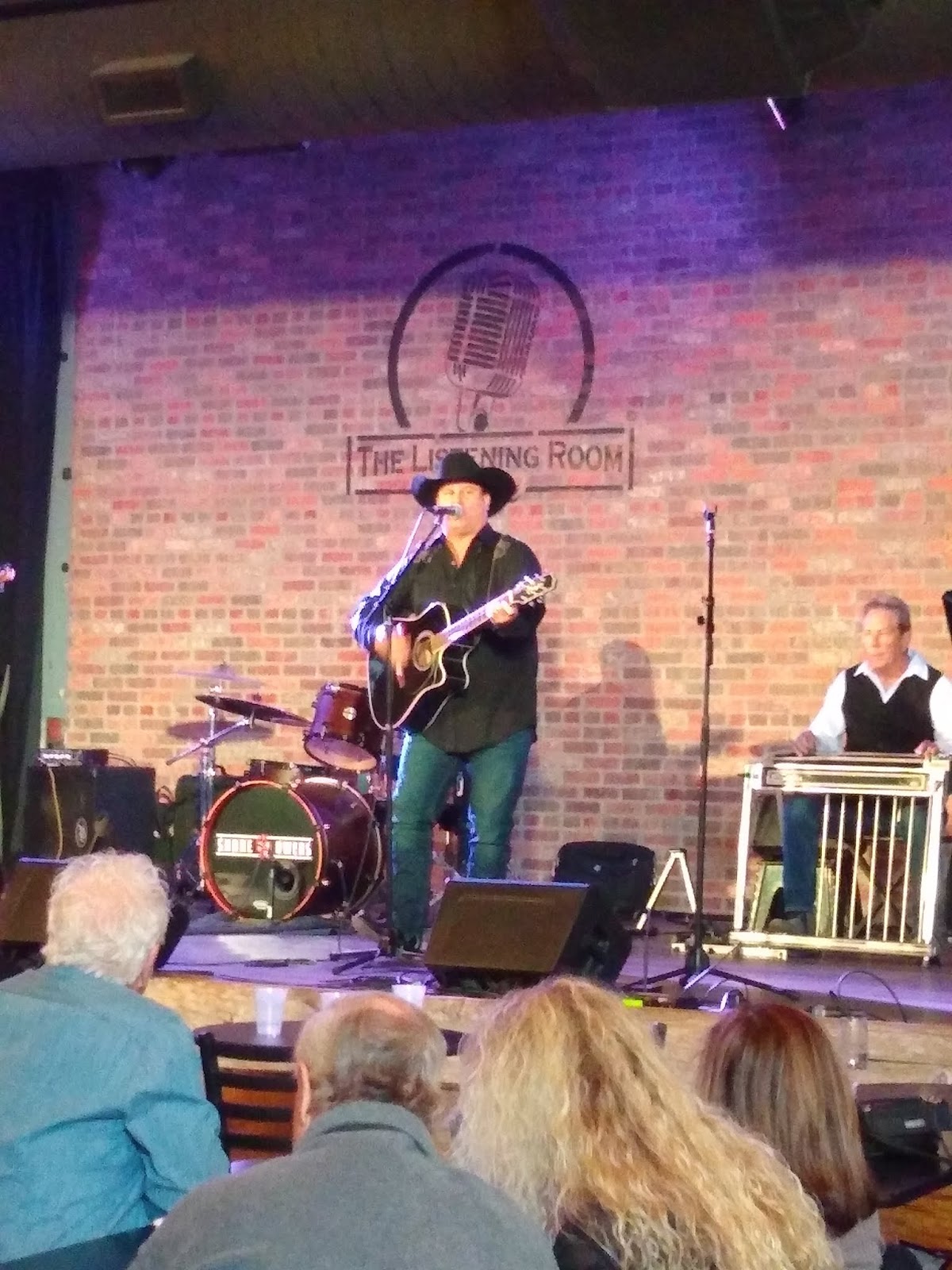 After everyone had said their hellos and
how-are yous, hugged and cheered and had their biscuits, pastries, fruit and/or
coffee and juice, the owner took to the stage and got the show started. As at
any awards show, there must be an element of entertainment, and first out was
Joe Hanson, a smooth singing, modern country act that brought well produced
musical refreshment to the house.

Next on the agenda was for the accolades to
be honored to their rightful recipients. The criteria for the awards is simply
based on most spins on the chart, and for the Songwriter of the Year category
it is based on who has had the most number ones on the bi-monthly magazine
Music Row’s CountryBreakout Chart.

Old Dominion – Group/Duo of the Year

Ashley Gorley – Songwriter of the Year

Capitol Records – Label of the Year 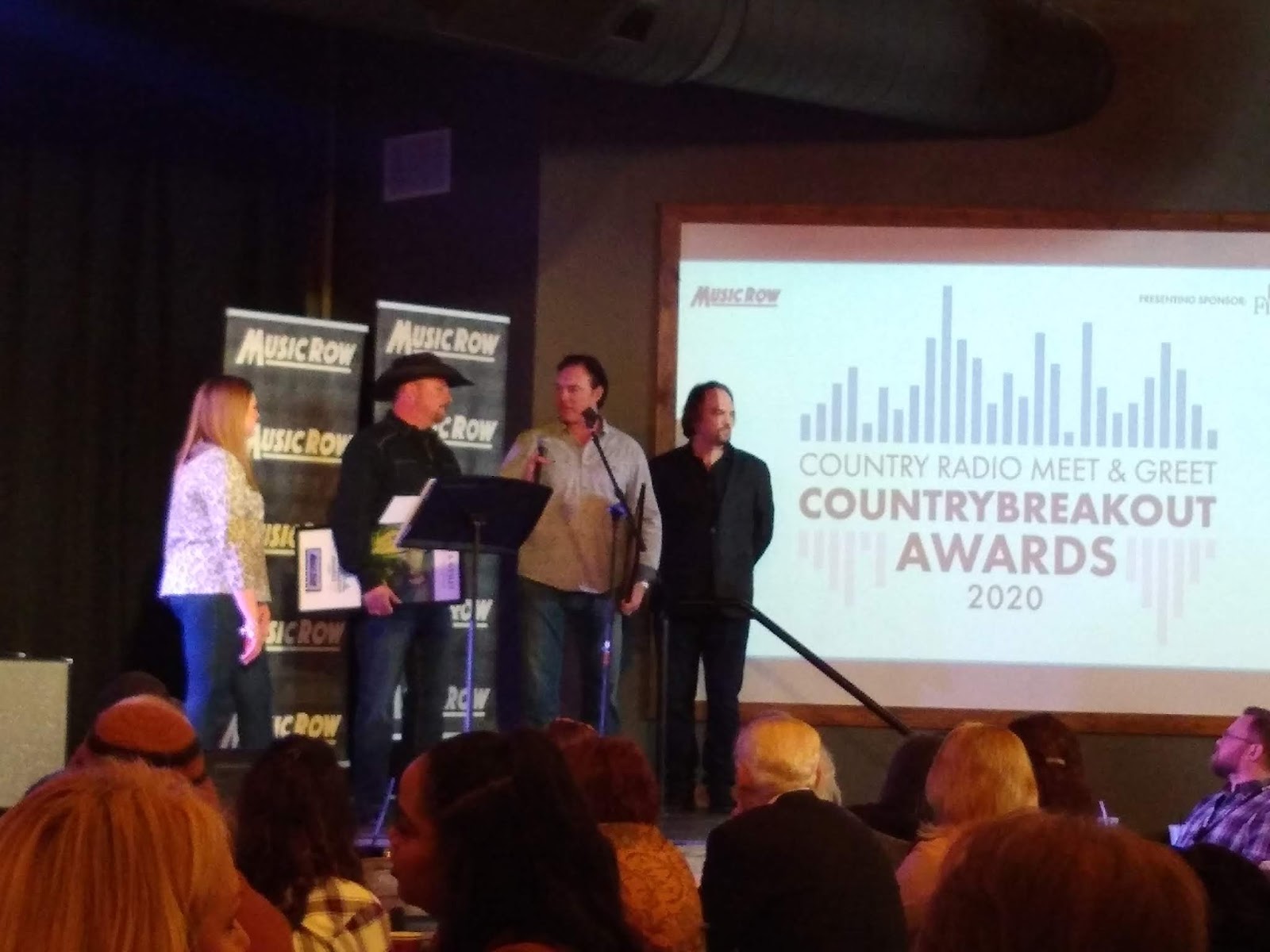 One could say that Capitol Records scored
twice at this show, because Carrie Underwood is on their roster, one that also
include huge country stars Little Big Town, Keith Urban, Luke Bryan, Darius
Rucker and Dierks Bentley.

To round out the morning, MusicRow invited
country traditionalist flame keeper Shane Owens to treat us to his Southern
rooted country music energy pills.

Foot note: The award category – Reporter of
the Year – that’s not rewarded to an artist or label, but to a radio chart
panelist, went to Steve Shettler, KBOE, Oskaloosa, Iowa.