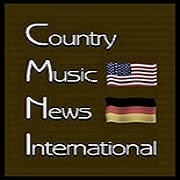 It was another year of classic country music. Former rocker Conway Twitty, in his fourth year as top country hit maker, recorded a landmark song with Hello Darlin’, as did Lynn Anderson, George Jones and Charley Pride with Rose Garden, A Good Year For The Roses and Is Anybody Goin’ To San Antone respectively. Loretta Lynn came up with the autobiographical Coal Miner’s Daughter (later spawning a bestselling book and hit movie) and Jerry Reed caused attention with his funky Amos Moses. Songwriter Kris Kristofferson made the breakthrough as newcomer Sammi Smith’s sultry rendition of Help Me Make It Through The Night topped the charts, as did Ray Price’s For The Good Times, but Johnny Cash made it triple success as his version of Sunday Morning Coming Down scored Song of the Year status at the 1970 CMA Awards. Other songwriters turned recording artists included Tom T. Hall (A Week In A County Jail), Billy Joe Shaver (Chicken On The Ground) and Mickey Newbury (How I Love Them Old Songs) while 65 year old former funeral home worker Guy Drake reflected upon the state of the nation with Welfare Cadillac.