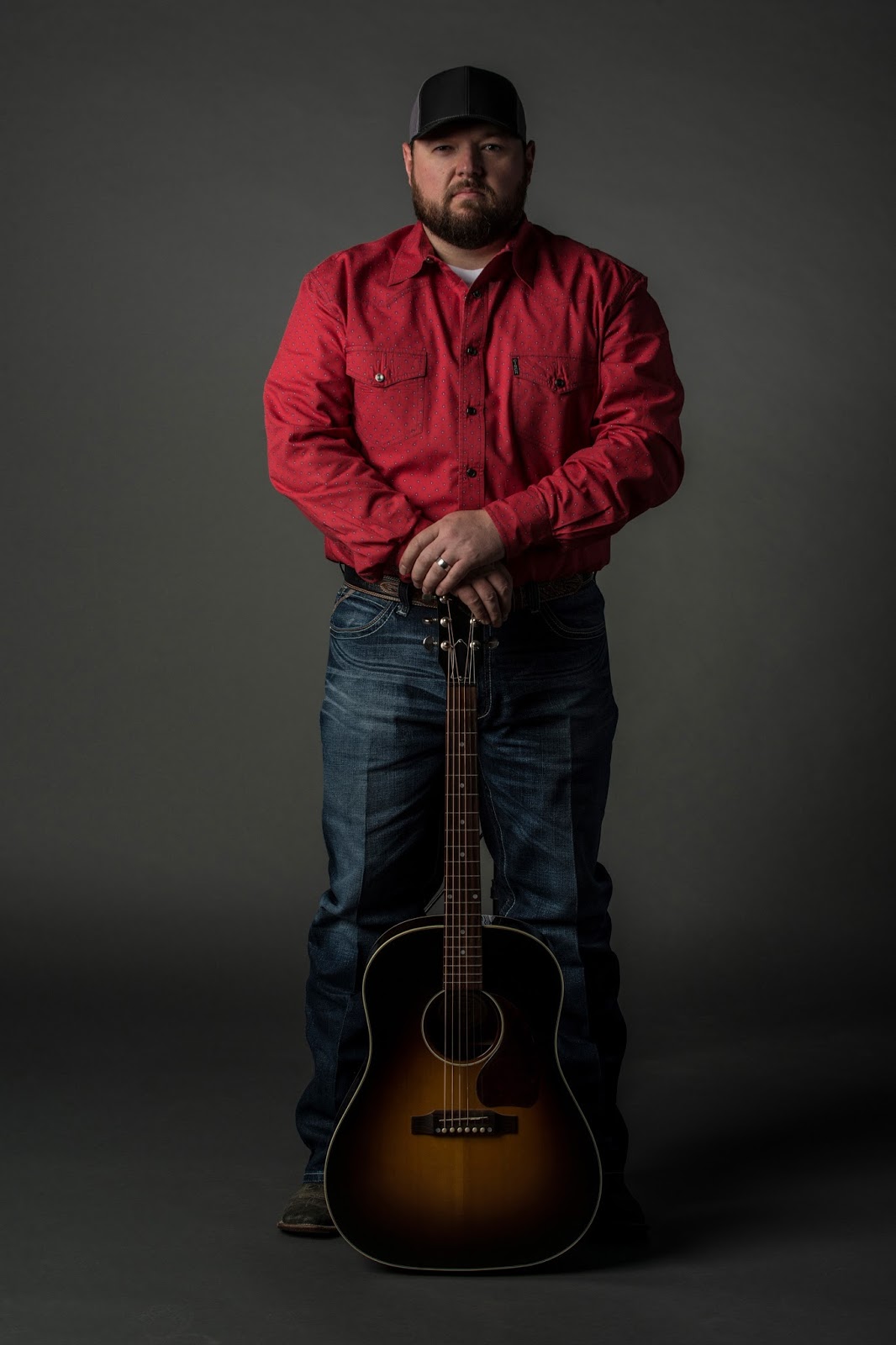 Answer:
My music would be described as a modern country mixed with my Texas
roots. As for myself I would say I am a little crazy. I mean I am an
songwriter, singer, and entertainer.  There has to be a screw loose
somewhere. Ha!!!!

Answer:
Last year was phenomenal!!!!  I was fortunate enough to win several
major awards including Texas Country Music Association’s Male Vocalist
of the Year and Entertainer of the Year. Most recently I won the Texas
Regional Radio Music Awards New Male Vocalist of the Year and became a
member of the Vision Entertainment team. I’m married to my best friend
and we have a wonderful family. Last year was GREAT!!!!

Answer: We have our first full length album coming out later this year and we are really excited for its release.

Answer:
YES!!!!  So far I have written all of the songs we have released. I am
branching out and going to to songwriter sessions in Nashville and I’m
looking forward to see what kind of songs we can create. As far as
picking the songs we judge that by playing them live and seeing how the
audience reacts.

Answer: I am hugely influenced by my family and life. Most of my songs are snap shots of my life in some way.

Answer:
I think because it’s relatable. At some point everyone has dated
someone that their friends or family didn’t agree with. Addicted is a
song about not caring what they think or say.

Answer:
The next single will be ‘Good Ole Country Song’. I wrote it with a
friend of mine who was in the hospital. I got a phone call that was
basically “Come see him cause you may not get another chance.”  So I
took a guitar that he had given me as a wedding present and went to see
him.  He wanted to write a song and said that he had always been a
“Lover of a good ole country song” and the song just wrote itself after
that. Pretty special.

Answer:
I like recording the songs that make me forget the words. Lol. It’s
sounds weird but when everything is just clicking into place I get so
pumped that I forget that I am supposed to be singing.

Answer:
I would say “Footprints On My Windshield”. “Fly High” opened a lot of
doors for us but Footprints was a song that I had written for my wife
and to see it go from me saying “Babe I miss having your footprints on
my windshield” to her saying “Well, why don’t you just write the song”
to getting the master copy really meant a lot to me.

Answer:
We have been very fortunate to have a great group of friends/fans. We
have been there for our good friends first date, wedding, and
anniversaries. That to me means more than anything.

Answer:
Everything really. It can be the smallest sound of acorns falling on a
roof to something someone says in passing. I don’t limit inspiration to
certain things. If it stirs up a sound or feeling inside then I try to
write about that feeling.

Answer:
Music is so readily available to so many people that I think it’s going
to become a fusion of different genres. Think about your personal music
collection. There is no way that anyone has just one genre in their
collection.  Music from the past is the foundation that everything you
hear today was built on. That’s why there will never be another Gary
Stewart or Merle Haggard or even George Strait. They built their sound
and art from their foundations and expanded it. A friend once told me
that “If a song ever stops changing, then it’s dead.”  It’s the same
music.

Lamitschka:  As an artist, you so many tasks such as recording, touring,
interviews. What do you like best, what’s your favorite activity?

Answer:
By far the best part of all of this is the show. Once the first beat
hits, everything just goes away. The worries, troubles, and pain just
stop. If nothing else, all I want is to make people forget their
problems from the first beat to the last.

Answer:
I have an ongoing challenge to write a song with middle eastern
influences due to my past experiences with the Marines and my friend is
trying to write a Spanish influenced blues song. Sounds weird but it
keeps things different.

Answer:
I was stationed in Japan and we were on a convoy up to Mt. Fuji. We had
stopped for the night at truck stop kind of thing. My buddy Ryan
Turnipseed, who taught me the guitar, and I were sitting outside playing
our guitars we had brought. When out of nowhere this older Japanese
lady walks by and gives us this box of cookies and said thank you. From
then on I always had a guitar with me and played it anywhere I could.

Answer:
It started by writing songs to make fun of friends at parties when we
got back from Iraq. Then they would ask me to play it again and then ask
if I had written any other songs. So it just evolved from there.

Answer:
A love for music and my family.  Music is my passion and I have been
blessed with the opportunity to do it for a living. My love for my
family drives me to be the best that I possibly can at it to give them
everything they deserve. They have sacrificed more than I could ever ask
for and I want to be able to give them back everything I can.

Answer:
Understanding the “Paying your dues” part.  It takes time to do this
thing we call music. You have to learn it and create it. No one did this
overnight.

Answer:
Laying on the couch and catching up on TV shows with my wife, playing
video games with our twin boys, and writing new songs.  Oh and usually
trying to knock my honey-do list.

Answer:
NOT A SINGLE THING!!!!  Everything that has happened has brought me to
this point right here and right now and made me who I am.

Answer:
To be able to play the Grand Ole Opry and look to the side of the stage
and see my family standing there. I think I could retire after
that….Maybe.

Lamitschka:  Many European fans travel to the
United States to attend the several of the music festivals for the
opportunity to see so many of their favorite artists, bands and
celebrities. Will you be participating and how will the fans be able to
find you?

Answer:
Absolutely!!!  You can keep up with our schedule on our website
www.codywaynemusic.com, Bandsintown.com, and by signing up for our news
letter.

Answer:
Thank you for listening to our music. There is so much music out here
to listen to and the fact that you listened and enjoyed mine is
unbelievable. I greatly appreciate it.

Lamitschka:  How do
you feel about being winning the Texas Regional Radio Music Awards New
Male Vocalist of the Year?  What has it done for your career?

Answer:
It has been amazing!  We were in Little Rock Arkansas for two nights
and the awards show was on that Saturday night. So I flew in from Little
Rock to Dallas and met with my now manager Chuck Sweeney of Vision
Entertainment. Then I went to the awards show and won!  The. I got back
on a plane and flew back to Little Rock and literally walked on stage as
the show was starting.  It was a crazy day but it was all worth it.

Answer:
Wake up at about the crack of noon, make some breakfast for the family,
go outside for a little while, the. Come back and spend the rest of the
day playing and doing nothing.