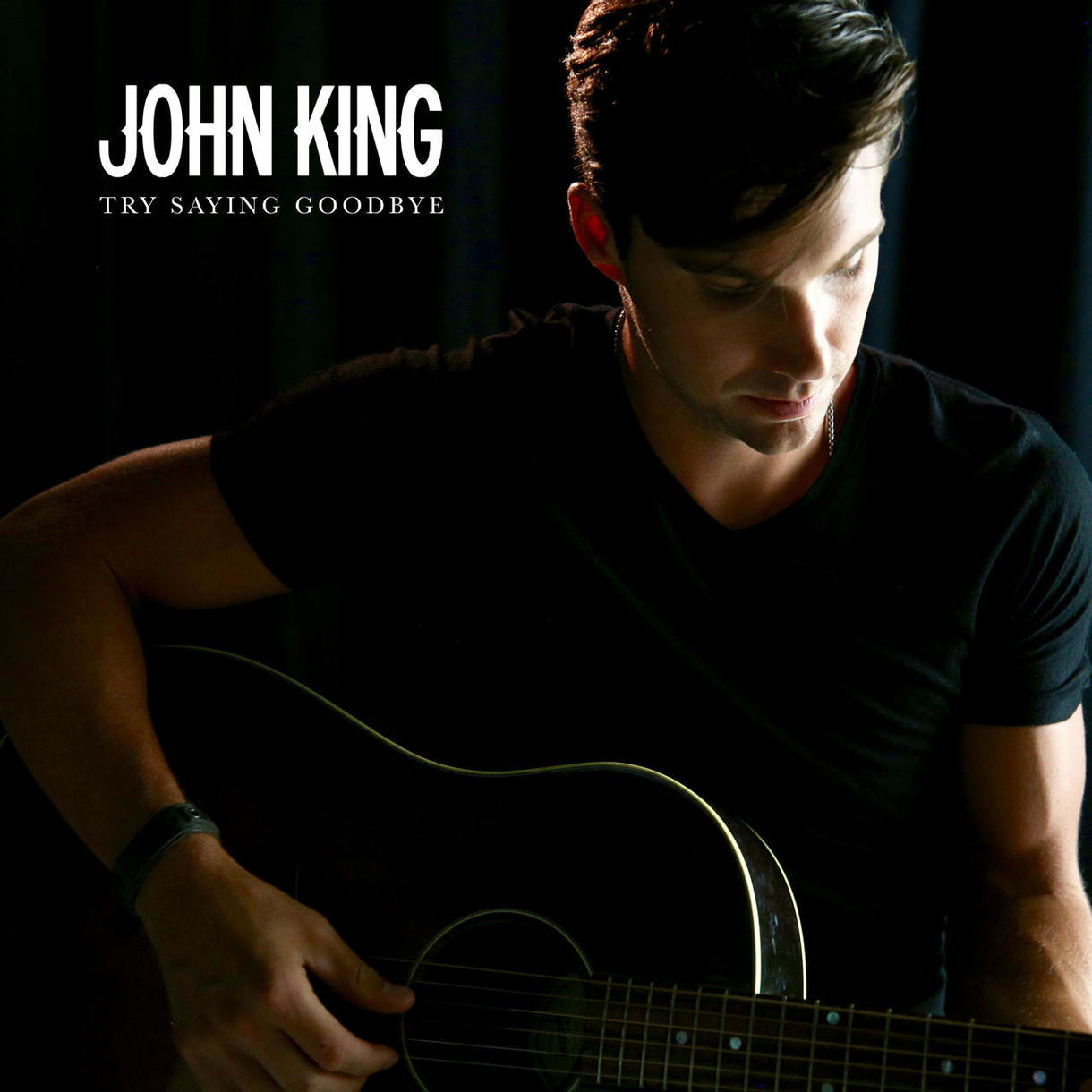 “With fresh melodies and lyrics mixed with old school believability,
John King is a serious new artist you’ll need to have on your
playlists,” praises CMT Music and Talent team.

One of Rolling Stone’s 10 Best Country Songs To Hear Now and The Boot’s 5 Best country songs, “Try Saying Goodbye,” has garnered almost half a million on-demand streams and has seen unwavering support by all of the major streaming platforms.  Spotify
included it in their New Boots, Wild Country, Nashville Stripped and
New Music Nashville playlists and also premiered the vertical video.
View the video here.  Apple Music
included “Trying Saying Goodbye,” in their Best of the Week, that
featured only three country artists, Breaking Country and Broken Down
Country lists. It’s also on Amazon’s Introducing Country and Pandora’s New Country Now playlists.

Without a radio team working the single, the nationally syndicated
Tige & Daniel Show have supported King with this single as well as
stations nationwide including WKHX, KROG, WUBL, WKML, WUBE, WSLC, WJVC
and Country AF.

“John King’s new song about love and loss is a powerful hit out of
the ballpark of Nashville,” exclaims Roger McCoy, on-air WKSF Asheville.
“This one really stands on its own.”

King says, ”I’m blown away by the response to this song and beyond
grateful.  I fell in love with “Try Saying Goodbye” because I felt like
it had a message that needed to be heard. I am so glad people are
feeling the same way.”

Road warrior, family man and hit songwriter John King has been making a
name for himself in country music. He released his latest single,
“Trying Saying Goodbye” to critical acclaim and unprecedented industry
support. King has garnered five million collective streams with over one
million listeners on digital outlets, scored a Top 40 hit on country
radio, penned a number one song and won an ASCAP Songwriter Award.
“Tonight Tonight” earned King his first Top 40 hit and was heard by
millions of NFL fans on CBS network’s Thursday night football throughout
the 2014 season. In early 2016, King experienced his first #1 song with
“We Went” (recorded by artist Randy Houser) which went on to be
recognized by ASCAP as a 2016 “Award-Winning Song.” King also had a hand
in writing Craig Morgan’s single, “I’ll Be Home Soon.” King signed a
major publishing deal with Sony/ATV Nashville in April 2018 and is
managed by Starstruck Management, known for their work with Kelly
Clarkson, Blake Shelton and many others.