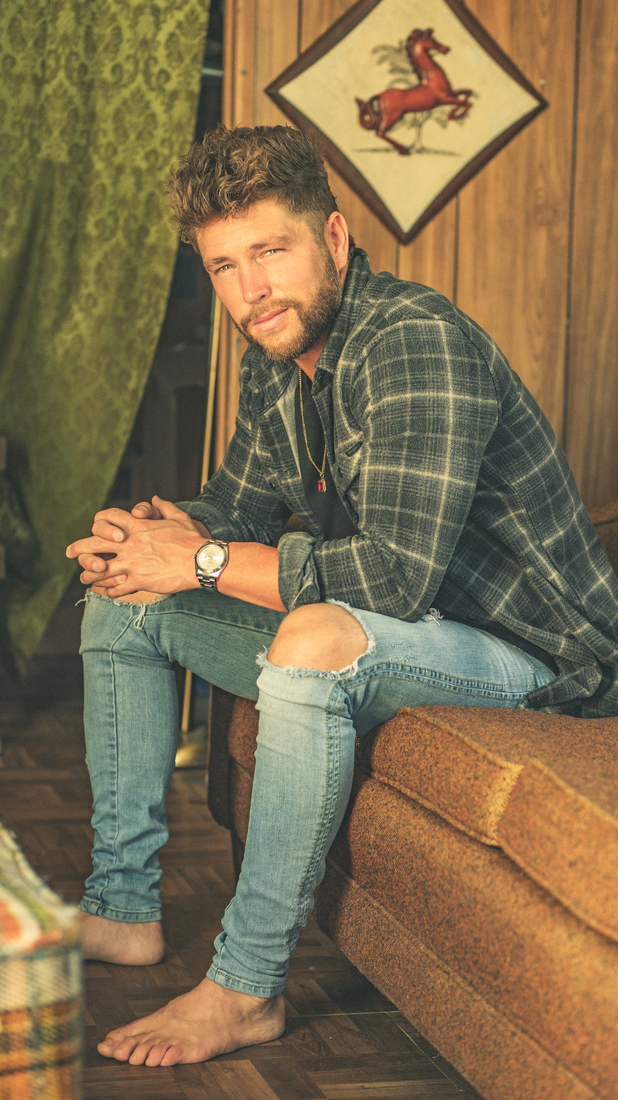 “So proud of this song, so proud of my team, who all worked really hard
to make this happen,” Lane shared. “Thank you to the songwriters who let
me record this song, thank you to all my Country radio friends for
playing it and a huge shout out to the fans – you chose this song for me
and that makes it even more special! Feels really good!”

The fan-chosen “I Don’t Know About You” has surpassed 250 MILLION global streams as the twist-of-fate music video has garnered more than 45 MILLION views, earning a place as Vevo’s MOST-VIEWED Country clip for multiple consecutive weeks.

Known for its catchy singalong lyrics – What’s your name? What’s your sign? What’s your birthday?
– the GOLD-certified track was penned by Ashley Gorley, HARDY, Hunter
Phelps and Jameson Rodgers. “I Don’t Know About You” is featured on
Lane’s sophomore album, LAPS AROUND THE SUN, produced by Joey Moi.

After a red-hot summer as direct support, Lane will wrap his run on Brad
Paisley’s WORLD TOUR with seven European shows kicking off this week.
Beginning October 31, he will embark on his anticipated coast-to-coast
headline BIG, BIG PLANS TOUR – named for the autobiographical love song
penned for fiancée Lauren Bushnell, and featured in the couple’s
already-viral proposal video. “Big, Big Plans” has notched more than 34 MILLION streams since its surprise release in June.

To learn more about Chris Lane, go to iamChrisLane.com.

Chris Lane’s star continues to rise with GOLD and PLATINUM level single
certifications, two #1 hits (breakout smash “Fix” and recent
chart-topper “I Don’t Know About You”), two Top 10 albums, and more than
1 BILLION combined streams. “I Don’t Know About You” follows the
success of his hit collaboration “Take Back Home Girl” featuring Tori
Kelly. Both songs are from Lane’s Big Loud Records sophomore album – LAPS AROUND THE SUN
– that made a chart-topping debut, landing at #1 on the iTunes Top
Country Albums chart and inside the Top 10 of Billboard’s Top Country
Albums chart for the second time in his career. Gaining recognition,
Lane was named one of MusicRow Magazine’s 2017 Next Big Thing
Artists, has scored nominations at the iHeartRadio Music Awards, ACM
Awards and Radio Disney Music Awards and appeared on TODAY, The Bachelor, The Tonight Show Starring Jimmy Fallon, Late Night With Seth Meyers and CONAN.
Previously landing coveted opening slots on tours with Florida Georgia
Line, Dustin Lynch, Garth Brooks, Tim McGraw + Faith Hill, Rascal Flatts
and Dan + Shay, the Kernersville, NC-native is currently on the road as
direct support for Brad Paisley’s 2019 WORLD TOUR, with several
international stops on deck. Kicking off October 31, Lane will embark on
his headline BIG, BIG PLANS TOUR, hitting major cities coast-to-coast.
Lane recently became engaged to Lauren Bushnell, popping the question
with “Big, Big Plans” — a song he penned for his fiancée.