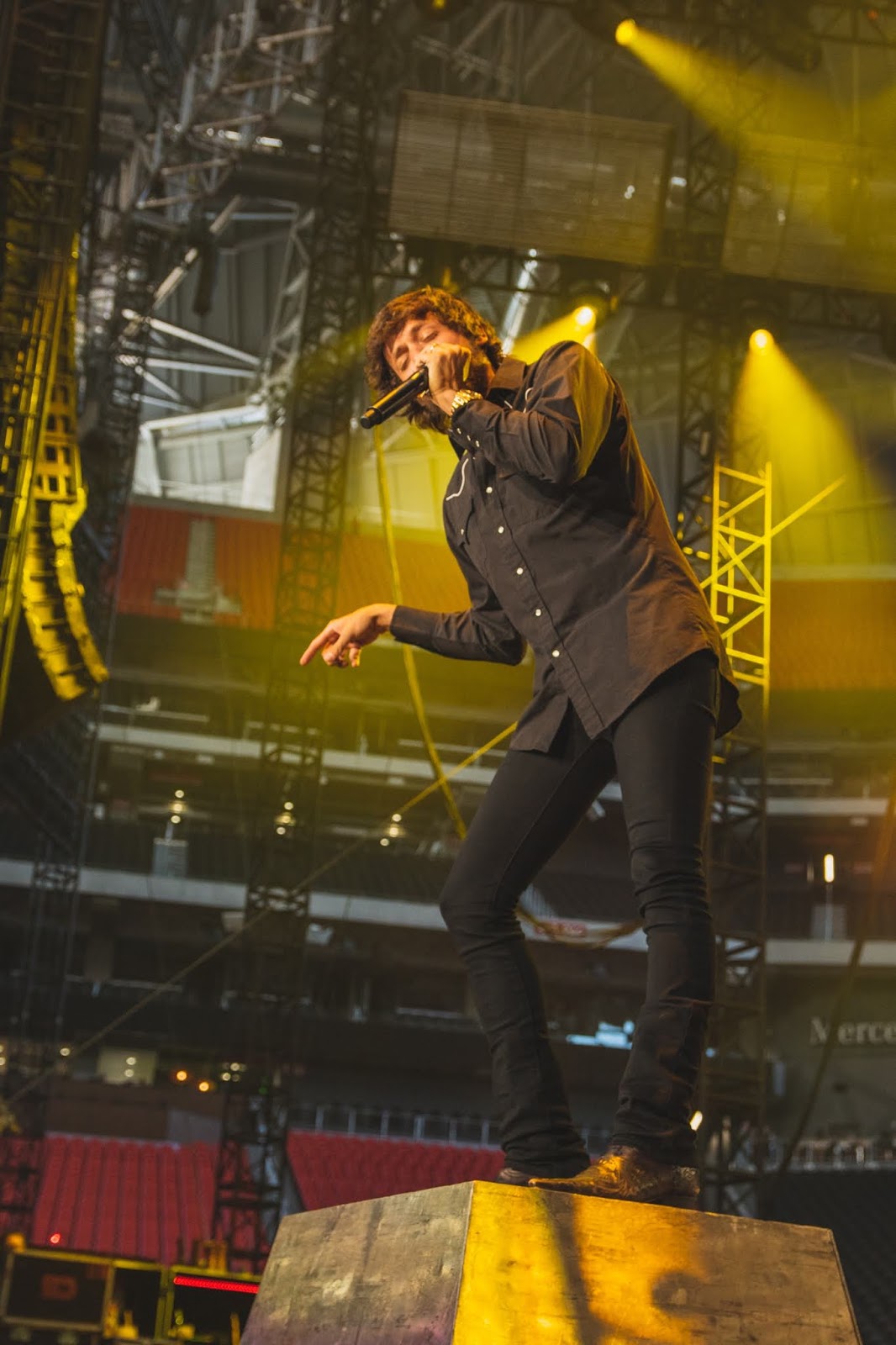 Fresh on the heels of his 2019 ACM award win, Platinum-selling multi-instrumentalist and singer/songwriter
Chris Janson will be performing at the Country Music Association’s nightly concerts at Nissan Stadium during CMA Fest in downtown Nashville, performing on Sunday June 9th. Tickets for the festival can be found at
CMAfest.com.

“I can’t think of a better way to kick off the summer than playing two stadium shows, one for CMA Fest at Nissan Stadium and one the day before at Ohio Stadium with the King
of Country George Strait!” Janson said. “I’m also honored to get to continue my support of the CMA Foundation and their mission of getting music education and musical instruments into schools. With my first ever ACM award and now this news, I’m feeling those
‘Good Vibes’ – literally.”

Indeed, the “Good Vibes” continue for Chris Janson as it was announced last Sunday that his poignant music video for “Drunk Girl” earned him an ACM for Video of the Year, his
first ever ACM award win. His most recent single “Good Vibes” continues to climb the country radio charts after an impressive first week and is sitting at 4.2 million on-demand streams. Ever the road warrior, Chris will be spending this summer on tour with
his next performance on April 12th at the Tortuga Music Festival in Ft. Lauderdale, FL.

Chris received more positive news over the weekend, as his hometown of Perryville, MO honored him by revealing a billboard in his name. The sign was a project of the Perry County
Heritage Tourism, and Chris thanked the folks from his hometown as they “stood in my corner for my whole 33 years of being alive.”

Chris Janson is a platinum-selling, high-octane entertainer, multi-instrumentalist, award-winning singer/songwriter, and the youngest living member of
the Grand Ole Opry. Janson’s new song, “Good Vibes,” is the debut single from his forthcoming third studio album. His sophomore album,
Everybody, produced his second No. 1 hit single, “Fix A Drink,” the chart-topping follow-up to his No. 1 debut smash “Buy Me A Boat.” His CMA-nominated song, “Drunk Girl,” won a 2019 ACM Award for “Video Of The Year,” has been named
Music Row’s “Song of the Year,” and has been called “the most important song to come out of Nashville in years.” Janson is the only artist in 2018 who opened the CMA Awards and closed out the ACM Awards, with what
Rolling Stone called a “must-see performance.” Janson continues to sell-out shows on his headlining “Waitin’ on 5 Tour,” and has been announced as direct support for Chris Young’s “Raised on Country Tour.”

For more information on Chris Janson, go to: