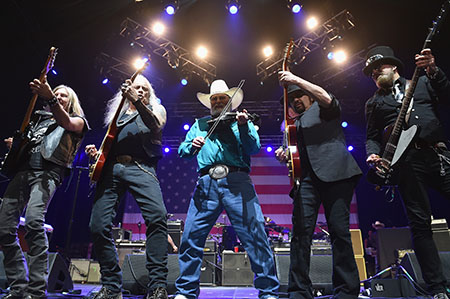 40th
Anniversary of Legendary Event Raises Hundreds of Thousands in Proceeds
to Benefit U.S. Military and Veterans Through The Journey Home Project 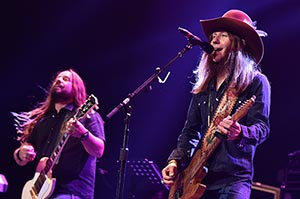 Making waves in the music world in recent years with their blend of
Southern Rock and country, Blackberry Smoke was the first surprise of
the night. In the 9:00 hour, country mega-star, Eric Church, busted out
on the stage in the midst of Daniels’ crowd-pleasing performance of “In
America,” joining Daniels for an electrifying duet. Though both Daniels
and Church hail from the state of North Carolina, the two had never
shared the stage before – giving the crowd the chance to witness a
magnetic inaugural moment. 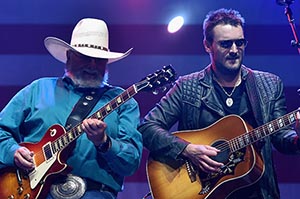 Ensuring the Jam stayed enthralling to the very end, Lynyrd Skynyrd
made their rip-roaring entrance at 11:30 p.m. CT and closed out the
final hour of the historically boundless extravaganza with their iconic
hits like “Simple Man,” “Sweet Home Alabama,” “Free Bird,” “Gimme Three
Steps,”and more.


Jamey Johnson also showed up late in the event, surprising concert-goers, yet again. 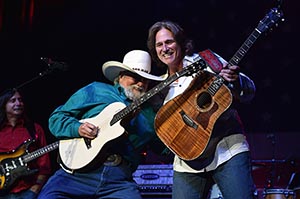 Former Blackhawk pilot, U.S. veteran and rising country star, Ryan
Weaver, evoked arguably the most emotional applause of the night with a
performance and moving video tribute to his brother and brother-in-law,
both lost in combat in the War on Iraq.

A benefit for U.S. Military veterans and their families, the 40th
Anniversary Charlie Daniels Volunteer Jam raised hundreds of thousands
in proceeds for the 501(c)(3) non-profit organization, The Journey Home Project.
It was co-founded by Daniels and his manager David Corlew, seeks to
connect donors with veterans’ organizations that do the most good in
meeting the health care, education and career needs of military
servicemen and women and their families. Additional concert proceeds
will benefit the Nashville Predators Foundation.

The Volunteer Jam’s title sponsor, Henry Repeating Arms, donated a
$200,000 check on-stage to The Journey Home Project. Anthony Imperato,
President of Henry Repeating Arms, said, “Although we can never repay
them [U.S. Military servicemen and women] what they have done for us,
Henry’s sponsorship of the Volunteer Jam and donation to The Journey
Home Project is a small token of our gratitude.”

Since 1974, Daniels has commissioned his musical friends and peers to
come together on a “volunteer” basis to hang out, “jam” together, and
entertain crowds in an unconventional, laid-back fashion unknown to any
other concert event — all while dedicating concert proceeds to worthy
causes.

Having founded the “Volunteer Jam” concept in 1974 as a “homecoming,”
event for music peers to gather in Nashville after celebrating their
first hometown sellout concert, Daniels and The Charlie Daniels Band
have grown the concept from its early days at the War Memorial
Auditorium to the Starwood Amphitheater, to its first year at Music
City’s Bridgestone Arena– it’s largest setting to-date.

It is promoted in partnership with 95.5 FM Nash ICON, WSM-AM, and
Henry Repeating Arms. It is presented by Copperweld and produced by
David Corlew & Associates in association with Outback Concerts. 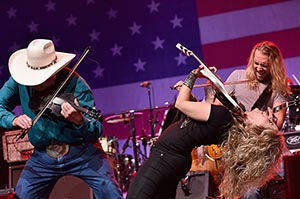 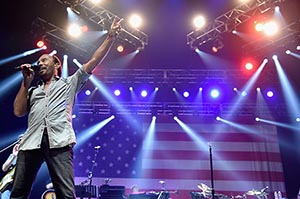