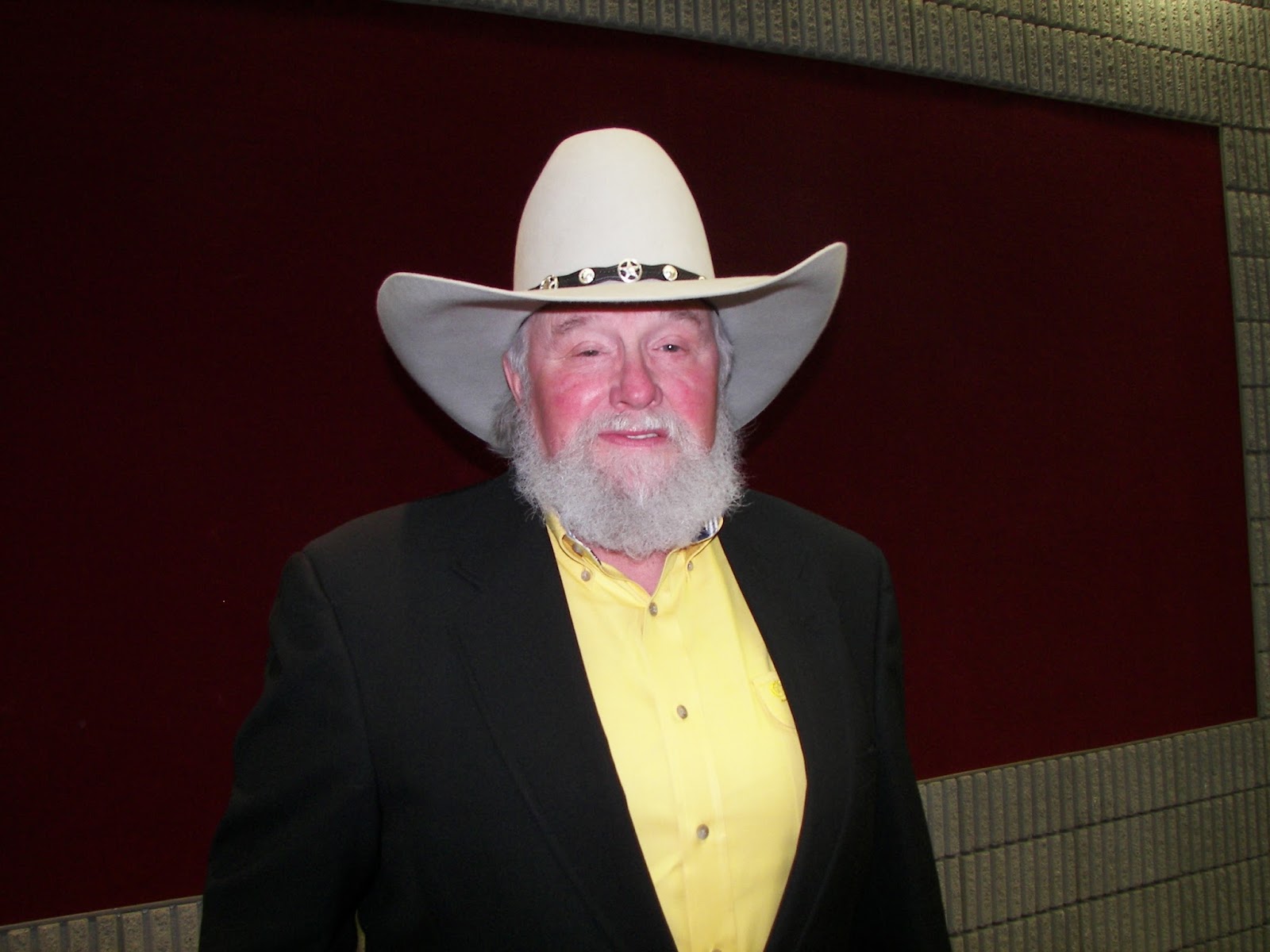 NASHVILLE, Tenn. (September 21, 2016) – Charlie Daniels’ co-founded non-profit, The Journey Home Project, hosted their annual dinner at The Palm Restaurant in
Nashville on September 13th. The event, emceed by SiriusXM’s Storme
Warren, raised over $100,000 with proceeds going to returning veterans
and furthering awareness of the issues they face when they return home
from serving the United States of America.

“The yearly Journey Home Project at the Palm was, at least for me,
the best yet. Raised a lot of money, had a lot of fun and made a lot of
friends,” said Charlie Daniels.

“Thanks to our remarkably supportive sponsors, friends and guests, we
have set a fundraising record for our organization while having an
entertaining and fun evening. The Journey Home Project continues to be
able to serve our veterans and returning servicemen and women thanks to
the continued support through events like this, Volunteer Jam and more
throughout the year,” said Mercedez Longever, The Journey Home Project
Board Member.

2016 has been and continues to be one of the biggest years in Charlie
Daniels career. The year began with an announcement that he would be in
the Country Music Hall of Fame’s class of 2016 alongside Randy Travis
and Fred Foster, the Charlie Daniels’ Band played on one of country
music’s biggest stages, Nissan Stadium at CMA Festival, in June and just
last week, an exhibition was announced at the Country Music Hall of
Fame and Museum featuring artifacts from Daniels life and career. To top
it all off, the southern rock legend will turn 80 years old on October
28 followed by a celebration of his birthday with friends Kid Rock, Chris Stapleton, Luke Bryan, Larry the Cable Guy, Travis Tritt
and more at Charlie Daniels’ 80th Birthday Volunteer Jam on November
30. Rounding out the year, Daniels’ will have played over 100 shows in
just 365 days, an astounding accomplishment at any age.

As a result of funds raised through Daniels’ 40th Anniversary Volunteer Jam
at the Bridgestone Arena last year, The Journey Home Project has been
able to donate funds to help with the completion of the state-of-the-art
Veterans and Military Families Center
on campus at Middle Tennessee State University (MTSU), among various
other fundraising events for veterans. This year’s Volunteer Jam on
November 30 will bring Kid Rock, Chris Stapleton, Larry the Cable Guy and more to the Bridgestone Arena stage to celebrate Charlie Daniels’ 80th Birthday. Tickets to this event can be purchased here.

About Buck Taylor
Born the son of famous Hollywood actor, Dub Taylor, and with an
artistic career spanning fifty years, both on canvas and on the screen,
Buck has appeared in everything from the “Adventures of Ozzie and
Harriet” and “My Favorite Martian” to classic period westerns like “Have
Gun Will Travel”, “ The Rebel” and “Bonanza”, but is best remembered
for his eight-year run as Newly on “Gunsmoke” and his role in
“Tombstone” as Turkey Creek Jack Johnson. Buck is appearing in the
upcoming, major motion picture “Hell or High Water” starring Jeff
Bridges, Ben Foster and Chris Pine that hits theaters in August. His
paintings can be found in such places as the Loomis Fargo Headquarters,
the Franklin Mint, and John Wayne Enterprises.

About John “Tig” Tiegen
Annex Security Team member, Tig, was in the midst of his third trip
to Benghazi, Libya for the CIA’s GRS when the attack of September 11,
2012 occurred and was part of the CIA annex security team that responded
to the terrorist attack on the US Special Mission. Tig directly saved
the lives of many on his team, also was paramount in saving over 2 dozen
lives while fighting off terrorists from the US Special Mission and the
CIA Annex for over 13 hours. Tig received the Award For Heroism and
Valor in recognition of his bravery. He is the co-author of 13 Hours
along with members of the Annex Security team and NYT’s best-selling
author, Mitchell Zuckoff. He also consulted on the movie 13 Hours The
Secret Solders of Benghazi, and helped with the set design and the movie
script.

About Mark “Oz” Geist
Annex Security Team member, Oz, fought the Battle of Benghazi, Libya,
from September 11 to September 12, 2012. In 2004, he began doing
contract security work in Iraq. Where he worked for Triple Canopy,
providing Personal Security Details for Department of State personnel in
Baquba, Iraq, then for USIS, the United States Investigative Services,
training Iraqi SWAT teams and Personal Security Details. He also served
as a mentor/advisor to the Personal Security Detail of Dr. Ayad Allawi,
the former Prime Minister of Iraq. “Oz” finished his career as a
security contractor in Benghazi, Libya, where he was credited with
helping to save the lives of more than 25 Americans, he is still
recovering from the injuries he sustained in the battle and is a
co-author of the bestselling book “13 Hours: The Inside Account of What
Really Happened in Benghazi” as well as consulting on the Michael Bay
film.