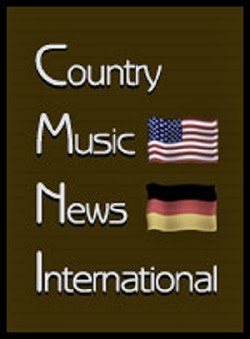 A
few weeks ago, I was speaking with an old drinking buddy from Mississippi. We
were laughing about me getting jolted out of bed at 10:00AM, my eyes popping
out of my skull, hair frazzled, shock running through my veins, and him; a 6’3”
250lb southerner, grasping his Pabst Blue Ribbon Beer, hooting and hollering to
Waylon Jennings, dressed in boxers, cowboy boots and ten gallon hat.

“You know what’s funny? I’m writing
country music reviews,” I told him.
He replied, “The country you’re hearing
is probably not the same country I listen to.”

Did I ever explain how, or why, I began
writing these music reviews? I was living overseas for nine years and was
working as a writer/teacher/trainer. I went over to Thailand, wound up getting
kicked out of the apartment, and a few hours later I was in a car that flew of
the road and into a concrete planter. When I woke up, I had no memory, had
needles in my arms and gauze all over my head. The doctors were telling me not
to touch the bandaging because both sides of my brain had hemorrhaged.

I’ve published poetry and travel
articles on both sides of the globe. I saw this add for a music reviewer and
answered it with my resume. For almost a year now, I’ve been writing these
trying to recuperate. I really thought I was writing into outer-space with no
one actually paying any attention until recently. A singer sent me an email a
few weeks ago about a review and last week someone commented, which really made
me think about what I’m actually doing. So, I’m going to really take heart to
those comments and do my best at trying to keep a certain standard that is
expected.

With that said, Century Farm comes next. This song is driven by strong lyrics with
an acoustic backing, a bit of the blues harp, and what sounds like a background
singer. I could be wrong about the background singer it could just be an
overlay of tracks during the production.

Secret Life in a
Quiet Town is
one of my favorites. It is not something you’d expect. It’s just a soft
beautiful ballad. The piano and the background singer really bring you into
that silence of the morning just thinking as your watching it wake up. Fight Like a Man has that galloping
guitar which is almost a wake up from the silence. As the big white horse and
the sword gets drawn more toward the end the faster it starts to run.

Another piano ballad comes with This Morning. It’s another one of those
songs that’s softer and almost brings into my mind a blue collar town up north,
where the sun has just begun to rise and melt the snow away. The plows are out
and the streetlights become overtaken by the sun. Long Live the Queen has somewhat of an eerie sound to it. The
lyrics as well are a bit like the song was written to get back at somewhat.
This song has strong electric guitar solos’ which add to its feel.
She
Sings a Song is
a song that’s about the writer listening to a song or hearing it on the radio
and it still reminds him of it. Freedom
Flowers is a song that you have to actually have to listen to it and see
the lyrics. It seems like it has a lot more depth to it than one can pick up
without studying the words.
If I was giving a rating from 0-10
stars, I’d give it an eight. This album I like because it is mellow. When I’m
writing I usually am alone, so I see a lot of sunrises and sunsets. Most of the
time I am sitting in bed with a laptop. When I looked up some information about
them, I found that they produce their own songs and manage themselves which
gave me a much better feeling for them.
Jeremy Frost for Country Music News
International.