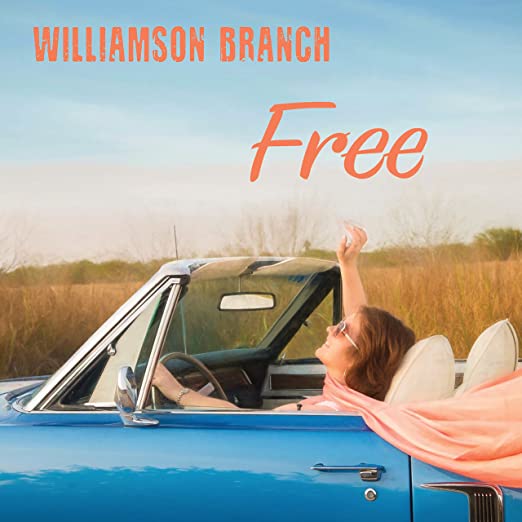 This album titled ‘FREE’ after the opening
song has been produced by Pinecastle Records in the year 2018 and music by the
Williamson family from Nashville, titled ‘Williamson Branch-Free’. After the
success of their earlier hit, ‘Till I See You Again’, their Third full length
LP is creating waves the world-over and especially in the Gospel Genre. I love
the sound of the Tennessee dialect of Americas’ English.

It is definitely a work of sweat and
passion by everyone involved as I can hear from the flawless song-writing,
execution in vocals and instruments, editing if at all to the tee, great mixing
and mastering with an equalization and compensation of frequencies in the
master that prescribes truly to the U.S law regarding compass of frequency for
audio cd production i.e. within 40hz to 16khz and much within that as observed
with a spectrum-analyzer. That is safe for the ears on headphones and speakers
too and the music doesn’t tire the ears even after prolonged listening in loop.
In short-a; ‘warm-mix’!   The effects on vocals are minimal and applied
with finesse, especially compression and echo/reverb parameters.

Scott Vestal’s Digital Underground Studio in
Greenbrier, Tenn have recorded this album. Scott Vestal is the 2017 recipient
of the Steve Martin Prize for excellence in Banjo and Bluegrass. Special guests
on the record include Adam Steffey on mandolin, Vestal on banjo, and Rob Ickes
on Dobro-guitar.

‘Free’-This title track opens with arpegiatted
banjos and dramatic fillers on harmonized strings interspersed with the
polished female-vocals. The back-beat on the mute-guitars characterize this
bluegrass-country track enticing the listener to listen again and yet once
more. One can savor the aroma of boiling-broth with herbs and veggies in a
boiling cauldron while one is lost in the wild whilst roaming free in the
new-land.

Old Man Hoback’s Farm -The male-singer
sings with nostalgic flair about his growing-up years at Old man Hoback’s farm
and the youthful stolen kiss while breaking his arm but the irony of it all is
that there are many homes now that have replaced that ole’ Country farm-house
after they sold that abode. Ol’ man Hoback wouldn’t have sold an inch of his
land and for that he was called strange. The use of a flattened-7th suggestive
of a mixo-lydian mode riff adds flavor to the embellishment.

‘Goodnight Angeline’-This angelic bedside
lullaby is something that will be an unforgettable part of your experience as a
listener. ‘Sleep sweet child of mine-Angeline!’ The chord progression is
I-ii-IV-I. for the verse and I-V-IV-I-V-I-V-IV-V-I… A popular one and undying
at that! A brief lull for 16 bars in the accompaniment on the last verse to
highlight the lyric has the desired effect.
A tune to stay in the generations from Great-granny to grandmother to
mother and finally the child-Angeline. The sun sets in the western sky as it
heralds time to say goodnight while sailing on the blue-grass lullaby on a
Kentucky farm. This will most-certainly be my all-time favorite till Kingdom
come!

‘I’m Gonna Move’- is a powerful theme and
self-assertion to get out from the rut and start anew by shifting base to a new
place. An optimistic dream that she might be next to John in the new neighborhood.
This Blue-Boogey has the woogie all rolled up in the packing trucks of
aspirations and there comes the fiddle squealing to the delight of the
background-banjo riffs. Are those brushes on the snare-drum or hot-rods …the
drummer is the backbone of the album with the U-bassist plucking away deliriously.

‘This Song’s for you’- ‘You know who you
are’. A heart-break song of unrequited love is a classic Sad-Country waltz in
3/4.  If it doesn’t bring to tears those
that have been jilted in love I don’t know what else will! Usually waltzes give
those long soulful tied-dotted-minims in the end of each line. Long sustaining
notes of the Country-violin (fiddle) glide in graceful portamento to the sad
but resolute voice of the singer’s laments about her love. Two-violins in harmonized
thirds make a beautiful interlude before she sings the verse where she apologizes.
The person in question whose heart has been broken is a mysterious entity but
only he knows who he is! The sounds of a beautiful piano surfaces from the
depths now and then with an odd-chord and arpeggio. The coda here too as in the
others are short and concise. The magic of vocal pedal-point holding a single
note while harmonic structure varies, is a joy to behold. Loved it to the point
of reunion.

‘My Heart is set on Tennessee’ is a happy
pace track and it makes one tap a foot involuntarily. The youngest in the
family of singers Carolyn, her vocal’s in the lead makes you appreciate the
innocence. A Tennessee boy is waiting for me; no need for match-makers here
aye! Love the three-voices. Sounds like a 2/4 with a happy Major Key.  The fine balance of Vox to instrument ratio
baffles me out of my senses throughout the album certainly the art of a
master-sound Engineer in a fine recording studio.

‘More than Ever’ is a triplet-based Country
in 2/4 with a swirling guitar solo round the interludes and a bouncy violin
trotting around the stereo-field. A duet to dance to as the sun goes down and
this world turns around as love grows. The surprise break-down in tempo with a
subtle rallentando makes you breathe in and out in sync with the singers. A
sizzling ride cymbal tapped lightly with a drumstick bring me out of my reverie.

‘More than a Dream ‘- Some up-tempo comping
here to lift your mood. With an eastern-tinged cry in the female-vocals for the
verses. The yearning of missing a loved one is aptly captured in the delivery.
The unrelenting busy-Banjo plucking with artificial finger-nails and the
running-solo is slightly swung and pushed like breathless old-steam engine
chugging along the wooden-railroad. A minor-major chord progression completes
the oriental feel for this song.

‘Jerusalem Ridge’ this song seems a sequel
to the previous track and when I read the title I had pre-conceived notions as
to how will they incorporate Israeli music in this track. Originally performed
earlier by Bill Monroe but when it comes to this version I must say though it
is good Bluegrass it does have a gracious dash of elements of the Jewish
musical style like one would add salt and pepper to a well-made dish. The characteristic
sliding or glissando flavor of Israel simulating a Zither is displayed marvelously
towards the end of the song. Before the extended Outro on a slide-guitar which
leads into festive fiddling with break-beats…like a Jewish-wedding march-dance.
I’m sure this piece will be a favorite of most of the listeners. As the song
ends I derive It was a Blue-grass funk-fusion instrumental after all.

‘Till I See You Again’-as one listens to
the Williamsons, their love grows on you like a prayer of yearning, voiced on a
dark-summers night and answered by the Twilight Moon in a vision of solutions
to the break-up of a fragile tender heart. The urgency in the words is an
express-salve to soothe wounds of separation in the female-psyche. The
families’ penchant for story-telling along with song-writing skills are
note-worthy. A semi-muted bass pattern added punch to the quick rendition.

‘Hey Good Lookin’- This singer Carolyn who
is the youngest of the family of Williamsons, playing the fiddle and mandolin
at time, she captivates your heart and imagination with the childish aura she exhibits
in her musical disposition. This song had originally been made famous earlier
by Hank Williams. We have a two-dollar bill to party with ya know! Now there is
a big gap in the music after the first Chorus WITHOUT a SOLO…I wonder
why…then I say ‘so what!?”…AS the child comes back like from backstage
to the forefront with her angelic voice and then continues to cumulate into a
lovely ACCAPELA in harmony with her sisters. She writes his name on every page
of her book.  The short coda is an effective
fantastic Finale without rockets and flares on ‘Guy Fawkes night’.

‘If God Doesn’t Bless America’- is
ambiguous at first sight as we read the title in the player. It could mean the
end-times in an Apocalyptical era…it makes you skip a heart beat in this 8
beat country ballad; but not for long as the resolution arrives in the chorus
end “If God doesn’t bless America—then who will?!” You can well
comprehend the context of the lyric as the words spell out in clear-terms that
we should not remove ‘God’ from the Great States of the American Nation as
demanded by some (i.e. Satanic Church?) .
The bridge leads into a beautiful key-modulation higher in an exotic
feel but with simple harmony. Here the ‘seconds’ are sung little earlier than
the first voice to give a sense of I perceive as urgency to resolve this matter
at the earliest. You almost think it is the ‘Queen’s’ Bohemian Rhapsody in the
Coda with the lil’ gurl in the end. ‘My Home- a Dramatic ending. A Masterpiece
in its seeming simplicity- A pilgrim’s fervent plea; their HEART’S story!

I have previewed all the tracks on a Sony
MDRXB450  pair of Headphones and also on
a tiny JBL GO Bluetooth, If it sounds so good on these then most-certainly it
will be sheer pure bliss on your hi-fi decks.

I highly recommend all music-lovers
regardless of affinity to genre, to buy and gift this music-album made with honesty
and dedication and enjoy listening to it for life-times to come!