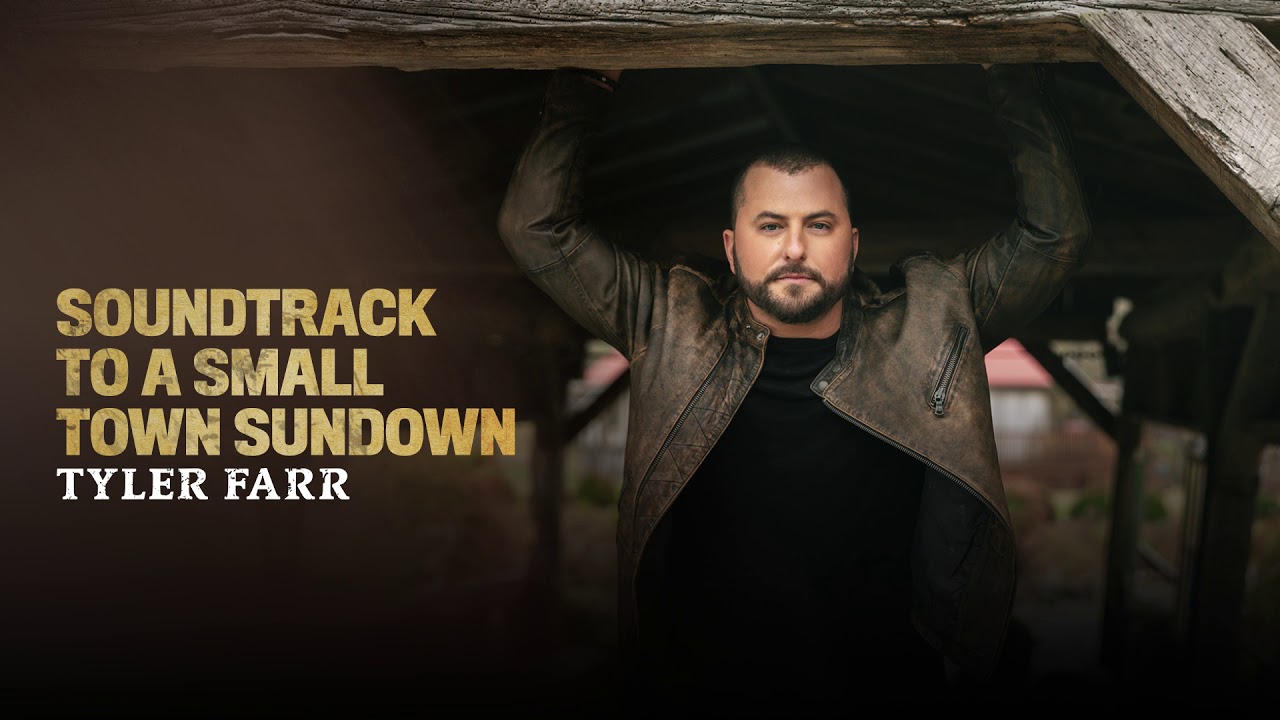 Soundtrack to a Small Town Sundown

With hit singles “Redneck Crazy,”
“Whiskey In My Water,” “A Guy Walks Into A Bar,” and “Better In Boots,” Tyler
Farr quickly made an impact on country music and built a grass roots following
through his tremendous live shows.

But it’s not until you dig a little
deeper beneath the surface and into the singles that didn’t crack the Top 40,
that you’ll truly discover who Tyler Farr is as an all-around artist: songs
such as the very powerful “I Should Go To Church Sometime.”

Farr has proven time and time again that
his know-how with song selection plays a big role in his success. When he
choses a song that he didn’t write himself, he chooses it wisely and then utilizes
his vocal prowess to deliver it as if he had. That’s the case with his newest
single, “Soundtrack to a Small Town Sundown.”

The song, the second single lifted from
the Jason Aldean produced Only Truck in Town EP and written by Jon Nite
and Jonathan Singleton, taps into an ultra-relatable feeling that we’ve all experienced
in our lifetime; being reminded of a lost love whenever that specific song
comes on the radio.

Without a lot of chaotic music swirling
around behind it, Farr’s distinguishable, gritty vocals become the centerpiece
to what makes this song shine as he pulls us into the lyrics.

The tone of the story is instantly set
as the song opens with the lines, “I heard it on the way to work this morning,
I remember every word and line.” As the verse progresses, the memories invoked
by hearing the song start flooding back; “I could smell that perfume,” “she was
sitting right there beside me like it was July junior year,” etc.

All these lyrics, though, are
masterfully designed to lead us to the chorus where he sings of how much
different the song sounds in his truck today, when in comparison to how it did back
when they were in the parking lot dark in the backseat or when it played the
first time they kissed.

He brings us back into the here and now
throughout the second verse as he continues singing of how the song just
doesn’t sound the same in Tuesday traffic or from a cover band because it’s missing
the magic that it once carried.

Relatable lyrics with the perfect music
accompaniment behind them, combining with an artist that people are rooting for,
gives Tyler Farr the perfect ingredients for “Soundtrack to a Small Town
Sundown” to reach the Top 40 and open this next chapter of his career in a BIG
way!

Take a listen to “Soundtrack to a Small
Town Sundown” at: https://www.youtube.com/watch?v=1akuZPqehkY