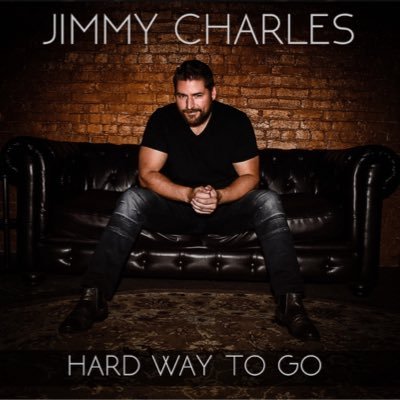 Charles’ spirit on
this album demonstrates  that he is more
than just a strong and confident vocalist. The EP kicks off in high gear with
the guitar-driven “Blue Spaces,” made for happy-go-lucky beach listening.
Charles sings: Hey shotgun pilot / the coast is clear / let’s sail out of
dodge / like two beach ballin’ buccaneers.
It’s a fun ear-worm that gets the listener in the mood for next summer’s
sand-between-the-toes seashore fun.

“I Am Not Alone” (also his current single)
tells the story of dealing with cancer from the perspective of a teenager, a
married man, a young mother and a senior citizen.  The song becomes an anthem of hope and
strength as each person in turn finds the determination to carry on.  (On that subject, please read my personal
note, at the foot of this review.)

Another track on the EP, “Superman,” was
written for Zero Cancer to promote prostate cancer awareness. The song was
inspired by Charles’ respect for mentor and cancer survivor Paul Shukla.
Although both songs have a serious subject, they are definitely not downers.
Rather, they use lyrics and strong melodies to inspire and uplift the listener.
The video for “Superman” was trending in the Number One spot at CMT for over a
week, with shares running into the thousands.

“Rollin’ On” reveals Charles’ Southern Rock
influences. The song is drawn from his personal experience and the perseverance
needed to keep focused on the journey and keep rollin’ on despite life’s
obstacles.  He switches to a more tender
mood with “God And A Woman,” combining acoustic guitar and mandolin to convey the
peace found in love and faith.

The EP wraps with the title song, “Hard Way
To Go.” It is Charles’ way of encouraging those who battle with addiction to
know that it’s okay to take a step forward but then fall back as long as you
keep on trying.

This is a strong outing from a singer/songwriter
with a bright future ahead of him.

The album was produced and mixed by Paul
David, Ocean Way and Warner Bros. Studios, except “I Am Not Alone,” produced by
Boo Mitchell, Royal Studios, Memphis.

A Personal Note: Two of my clients and I attended the
fundraiser and CD Release

Celebration for ‘Hard Way To Go,’ and
it was so inspiring that my clients (in their early 20s) had to wipe their
eyes. Being a cancer survivor many times over, I know the FIGHT is one of the hardest
things you have to face. With the commitment of NEVER GIVING UP, the love
and support from families, to friends to complete strangers, filled my heart
with hope as it did everyone in the room. We left the “Church” with an
inspiration, quite different from your normal CD release celebration.  WE
CELEBRATED Life.