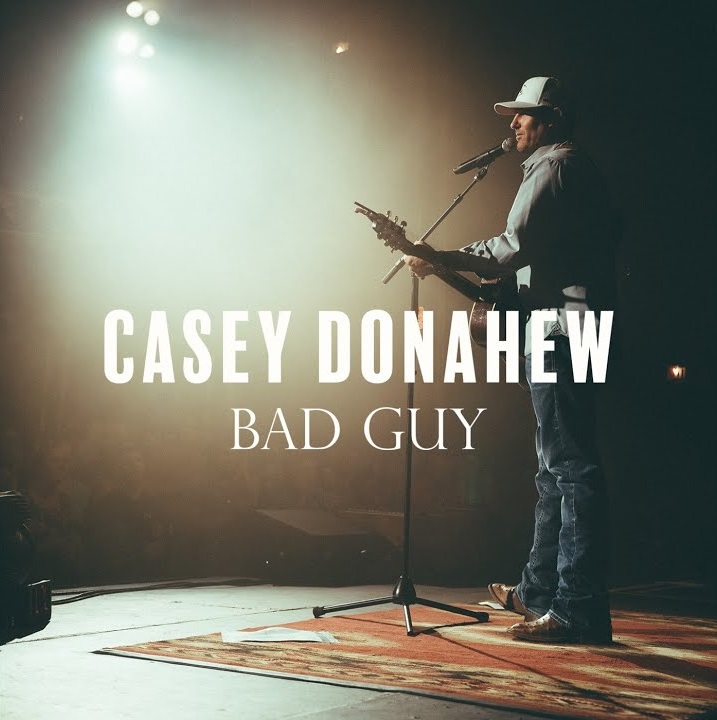 The vibrant Texas music scene is chalk
full of great artists who dominate their state’s own regional charts, their own
local radio stations, and grace the hallowed stages of clubs around the
Lonestar State. Every now and then, though, a Texas artist will catch a
different type of break and garner some national recognition.

That’s the story for Casey Donahew; an
artist who’s achieved that national recognition with a few of his previous
singles: “Country Song,” “Kiss Me,” and “Lovin’ Out of Control.”

“Bad Guy,” the newest song released from
his 2019 album One Light Town, is about to receive a similar type of
push at the national level and the timing could be perfect for a song like this
to make a solid impact.

“Bad Guy” is all about someone looking
in the mirror and recognizing their own worst traits while being completely
transparent about them.

One can assume that this lyric might be
taking place as a friendship is starting to move into a more serious level and
a relationship is clearly on the horizon. If we’re looking at the song in that
light, then this acts as a bold warning to the one pining after Donahew (as the
narrator) to not get involved with him because it will only lead to a very
toxic relationship and a broken heart.

He makes several confessions throughout the
verses; “I drink too much, and I stay out all night long,” “I’ll twist the
truth ‘til it’s all your fault,” “I’ll always change my tune,” etc. These
confessional lines, however, are designed to ultimately lead to the chorus
where he explains how a relationship with him will end with her cursing the day
they met when he continues to let her down.

Where this song absolutely shines is in
its slower pace, which allows Donahew’s vocals to be the true centerpiece of
the song as they carry the emotion of the lyrics with a painful tilt to his
voice that says he knows he needs to change, but doesn’t know how to do it.

Mainstream Top 40 country is in a weird
place right now as it’s trying to balance between pushing today’s pop-laden
variety of songs, while also tapping into the songs that hold a modern version
of classic country songwriting. “Bad Guy” certainly falls into that latter
category, and whether it earns mainstream Top 40 attention or not, it’s safe to
say that it will be quickly climbing the Texas charts.

Take a listen to “Bad Guy” at: https://www.youtube.com/watch?v=NiMevSBGYZc

This album by Caitlyn Smith is a testament to …

It’s always been my mantra that life is short so why listen to mundane, uninteresting music.

This Floyd, VA native is an absolute sensation awaiting to be massively accepted as a star.