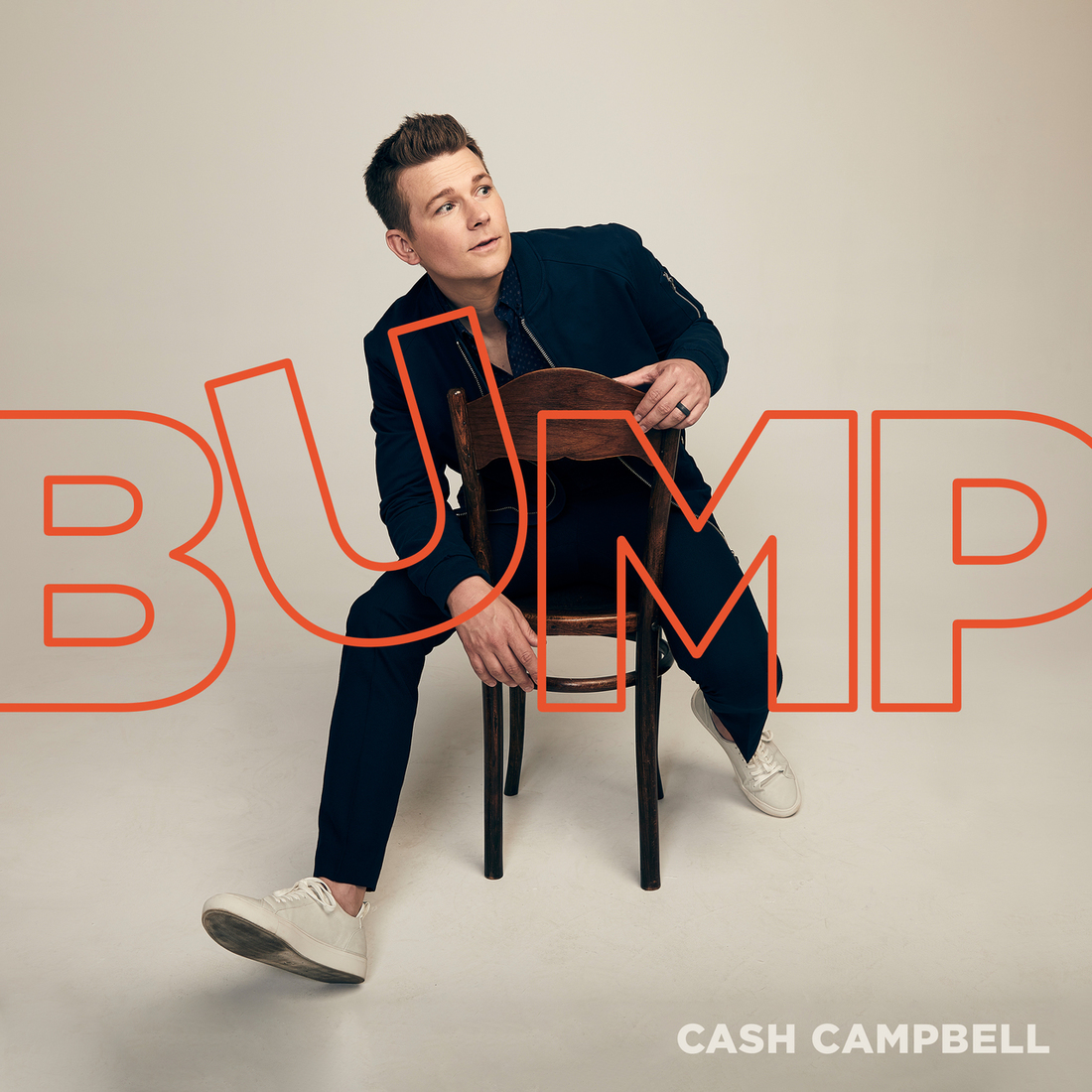 On-the-verge Country artist CASH CAMPBELL dials
up some feel-good wisdom with the fun new track, “Bump,” rolling with
life’s punches for a cool and confident party anthem. “Bump” is out now across all digital platforms, with a color-blasted lyric video available here.

Encouraging listeners not to turn mole hills into mountains, “Bump”
shimmies and shakes with a bouncing beat and string-bending hook –
because as Campbell knows, it’s tough to worry when you “find your
favorite song and turn it up.” Tight grooves, irresistible rhythms and
Campbell’s easy-going baritone all combine, as the breakout shows off a
newfound sense of danceable positivity.

“I’m
so excited to share ‘Bump’ with the world because I feel like it’s a
message we can all relate to,” shares Campbell. “Sometimes life throws
you a curve-ball and things don’t go as planned. I hope this song is a
reminder that perspective is everything. I can’t wait for fans to turn
it up and sing along!”

Written by chart-topping tunesmiths Ben Burgess, Matt Dragstrem and Matt
Jenkins, and produced by Peer Astrom, “Bump” is the freewheeling first
taste of Campbell’s brand-new recording project, with more details
coming soon. It follows his explosive debut, “Cannonball” – which racked
up streams in the MILLIONS and was praised for its “smooth vocals,
romantic lyrics and monster production” by CMT.

Campbell was also named to CMT‘s Artist Discovery initiative,
and he followed the early success with the dreamy atmosphere of “The In
Between.” Both songs hit the Top 20 on the MusicRow chart and were placed on prominent Spotify playlists – with “The In Between” also landing in the Top 40 of Billboard’s Country Indicator chart – sending Campbell on his first international headlining shows in the U.K. earlier this year.

A Dallas-area native, Campbell’s thundering Country baritone and
reverence for songwriting legends mixes with a deep love of rock
adventurism and modern production. He earned his musical stripes by
spending his youth in choirs and spearheading rock-focused bands,
leaning on influences that range from Dave Matthews to Toby Keith to
Johnny Cash. After arriving in Music City, he’s hit the road with Chris
Lane, Granger Smith, Billy Currington, Gary Allan and Dylan Scott.

A “true representation of current country for the next generation” (CMT),
newcomer Cash Campbell is bursting onto the music scene. His latest
release, “Bump,” follows the breakout success of his dreamy “The In
Between,” which hit Top 20 on the MusicRow Country Breakout chart and Top 40 on the Billboard
Country Indicator chart. With his lush sonic palate – glittering,
guttural and ethereal – it’s no wonder that fans around the globe are
already captivated by Campbell as he continues to rack up MILLIONS of
streams on multiple platforms since the release of his debut song,
“Cannonball.” After growing up singing in a small-town Texas choir and
spearheading several different rock-focused bands over the years,
Campbell’s deep-running Lone Star roots began to show as his solo career
took shape. Channeling those influences but looking to stand apart from
the Country pack, Campbell teamed up with Peer Astrom (the Swedish
composer partly responsible for Glee‘s soundtrack). Together
they honed in on a sound that handpicks the best musical elements from
each of their hometowns – down-to-Earth realism from Dallas and
irresistible electronic energy from Stockholm, plus relatable
songwriting from Nashville – fusing them into a mix that exists in a
lane of its own. Out of the gate, CMT selected Campbell for
their Artist Discovery initiative and world premiered the glowing,
vibrant video for “Cannonball.” His Southern heart and worldly point of
view are fully evident on tracks “Don’t Wanna Think About It,” “Little
Things,” and “Gravity,” while “Bump” shows off Campbell’s party-starting
potential. Each is available now at all digital retailers. Building a
fan base on the road, he has shared the bill with Chris Lane, Granger
Smith, Billy Currington, Gary Allan and Dylan Scott.