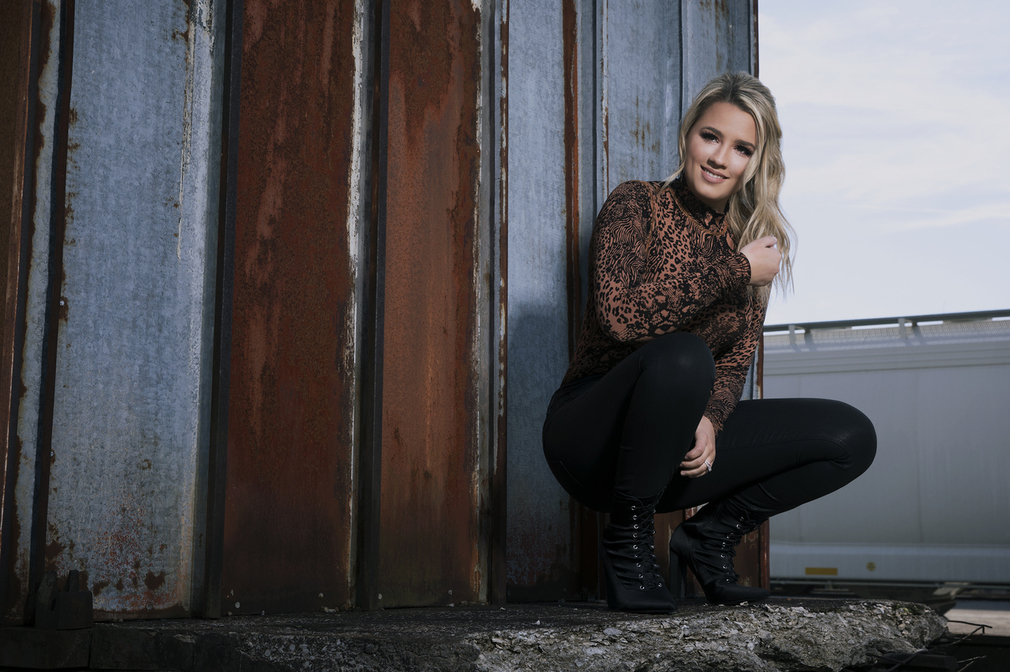 Staking her place as “Country music’s rising star” (E!), Warner Music Nashville’s Gabby Barrett
reigns atop both the Billboard and Country Aircheck/Mediabase Country
radio airplay charts this week with her unstoppable debut single “I
Hope.” A career first for Barrett, she is the first solo female to take a
debut single to #1 since 2017, joining an elite class of hitmakers.
Simultaneously, Barrett’s “I Hope” is the first debut solo female single
to crack the Top 10 on the Billboard Hot Country Songs chart since
2017, soaring to the #2 spot this week.

“I can’t believe this is happening… this is AMAZING,” exclaims Barrett, after being surprised by the news.
“Thank you to Country Radio for being so welcoming and supportive. And
to my husband, family, fans, label, team and everyone who has supported
me along the way – this would not have been possible without you. God is
good, all the time.”

Written by Barrett alongside Zachary Kale
and Jon Nite, and co-produced by GRAMMY-nominated Ross Copperman and
Kale, the PLATINUM “lightning-in-a-bottle single” (PEOPLE) has
over 235 MILLION on-demand streams to date, now holds a two-week streak
as the most-streamed Country song in America, and has been #1 on the
Shazam Country chart for nine consecutive weeks. Barrett continues to
break glass ceilings as Billboard’s newest Chartbreaker, spending six consecutive weeks at #1 on Billboard’s Emerging Artist Chart.

Last Friday (4/17), Barrett upped the ante, dropping a new version of her chart-topping hit with Charlie Puth,
adding “a new element to the edgy song, resulting in a slick
reimagination that sees the breakup from both sides of the equation” (Taste of Country).

This
year, Barrett will release her debut album via Warner Music Nashville,
co-produced by Ross Copperman and Zachary Kale, that touts numerous
songwriting credits for Barrett alongside Nashville mainstay co-writers
Nicolle Galyon, Jimmy Robbins, Jon Nite and more. As for the future, American Songwriter
puts it simply – “there’s a new wave of artists hitting Country
music…and perhaps the one creating the most buzz is Gabby Barrett.”