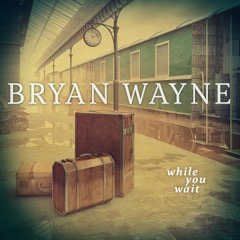 Singer/songwriter Bryan Wayne had more reasons to be excited than most artists, celebrating hisWhile You Waitalbum release recently with a party at SESAC with friends and family.
Diagnosed with terminal ALS (Lou Gehrig’s disease) last year, the
14-song collection is a gift to his wife, two boys, friends and family,
the ALS community and is a “thank you” to an industry that continues to
support his dreams. It is available atwww.bryanwaynemusic.com and all online retailers and streaming services.

“I
made this record, because I knew with ALS that I’d lose my voice and I
wanted my wife and boys, along with friends and family to hear me
singing forever no matter what.” He added, “So many people have asked me
over the years when was I ever going to make a record of my own – well
here it is!”

Several of hisWhile You Waitco-writers joined him on stage at the album release party to give voice
to the songs Bryan recorded soon after his diagnosis. Six-time ASCAP
Songwriter of the Year Ashley Gorley performed the title cut, and GRAMMY
winner and 2004 ASCAP Songwriter of the Year Neil Thrasher sang “Just
Wouldn’t Leave It Alone.” GRAMMY-nominated songwriter Bonnie Baker sang
the moving “No More Rainy Days,” Jason Blaine performed “Slow Time
Down,” Joanna Janet performed “Fly,” Big & Rich wrapped up the
evening performing Bryan’s single, “Simplify” with James Otto, Janet and
others on stage.

“ALS
has taken my ability to sing, so I was honored my friends and
co-writers stepped in to perform,” Bryan added. “I was blown away to see
so many people show up and lend their support. This industry has been
good to my family and me, and I hope these songs inspire people for many
years to come.”

A Gofundme account has also been set up by Bryan’s friends at https://www.gofundme.com/thebwaynetrain.

Bryan Wayne “WHILE YOU WAIT” Track listing and co-writers