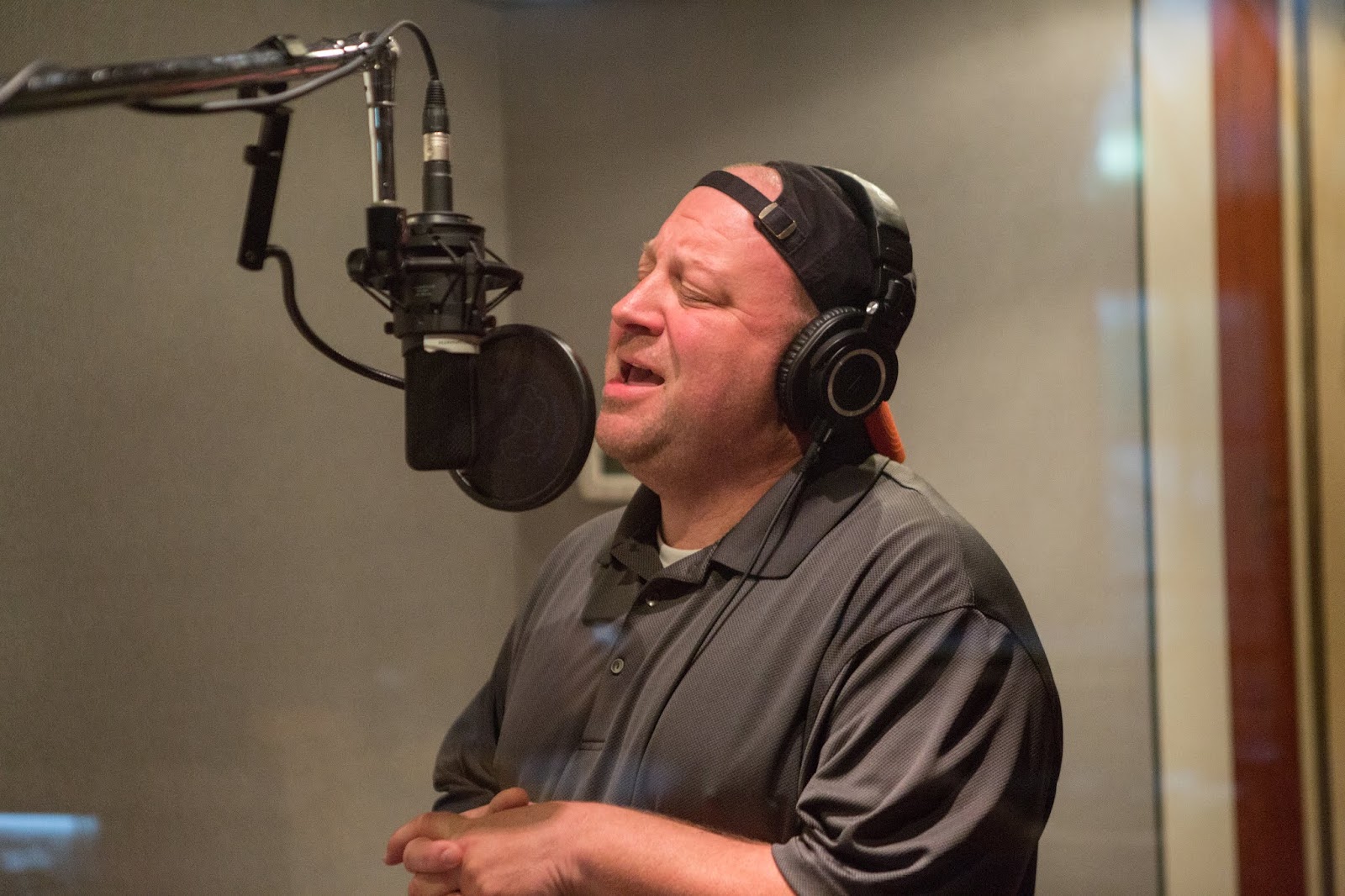 Answer: I
am a traditional leaning, contemporary country artist. My story is
unique in that I am not your typical artist. I have always considered
myself to be a songwriter first. But when I was diagnosed with terminal
ALS- also called MND outside of the US- I knew I would eventually lose
my voice. So I decided to make a record, to put MY voice on songs I’ve
written throughout my career, so that my wife and sons, friends and
family and perhaps even the world could hear me forever no matter what.

Answer: This
record was unique in that I didn’t include beer drinking, party in the
field uptempo type songs.  I have plenty of those in my catalog, but my
intent was to record songs with positive, inspirational messages, and/or
songs that were inspired by my wife and sons. I wanted my sons to be
able to hear me down the road, and have my songs remind them how best to
live life,in case I’m no longer here to advise them.

Answer: It
would have to be What If She’s An Angel.  We wouldn’t even be talking
if it wasn’t for that song. It was inspired by a daily devotional that I
read that in essence posed the question- what if the people you might
least expect are “angels”? It hit #2 on the country charts and changed
my life. We decided to record a more broken down version for my project,
and we chose to make it the last song on the record. I feel that it’s
still a message that resonates today.

Answer: I
have people that were inspired to be organ donors by What If She’s An
Angel.  Since my ALS/MND diagnosis, people have said that the messages
in my songs have inspired them to be better people, to be more kind,
etc.

Answer: I’ve
been told that both my great grandmother and grandmother were extremely
creative and loved music. My wife and sons inspire me in terms of my
creativity, but really life in general is my muse. Garth Brooks as at
the top of my list from an inspirational artist standpoint.  Again we
wouldn’t be talking if it wasn’t for his influence in my life.

Answer:  I have no idea what the future holds, other than it seems that music
ebbs and flows. There are a lot of 80’s/90’s inspired tunes on today’s
radio.  I feel like there’s less originality these days, but that’s in a
way expected as there are only so many topics you can write about, and
only a limited amount of notes that you can use.

Answer: Making
digital royalties more on par with radio royalties.  The industry has
really taken a hit with the more modern what that people hear their
music. I don’t think people had the foresight to handle the popularity
of streaming, and we are as a result now playing catch up.

Answer: I
recorded a four song CASSETTE that got on local radio and won a few
local music awards. That opened the door to me making contacts in
Nashville, who encouraged me to move to the Music City and take a shot.

Answer: The prospect of losing my voice due to my ALS/MND diagnosis.

Answer: Trying to get my music and story out there to the world as an independent artist with limited resources.

Answer: Hearing
a song I wrote on the radio for the first time, hearing a song I wrote
performed on the Grand Ole Opry.  Seeing the music video on CMT.  Being
at a concert and hearing the crowd singing along to a song I wrote. What
If She’s An Angel hit #2 on the country charts and changed my life.
Making this record- While You Wait- and experiencing my sons hearing
their dad on the radio.

Answer: Thanks
for giving me a listen!  Beyond that, my message to European fans is my
message to the world.  To quote a song that I wish I  had written- live
like you’re dying- because we all are.  We all have a terminal disease
called LIFE, no one is getting out of here alive. So do your best to
live in the moment, to be kind, and to leave the world better than you
found it.