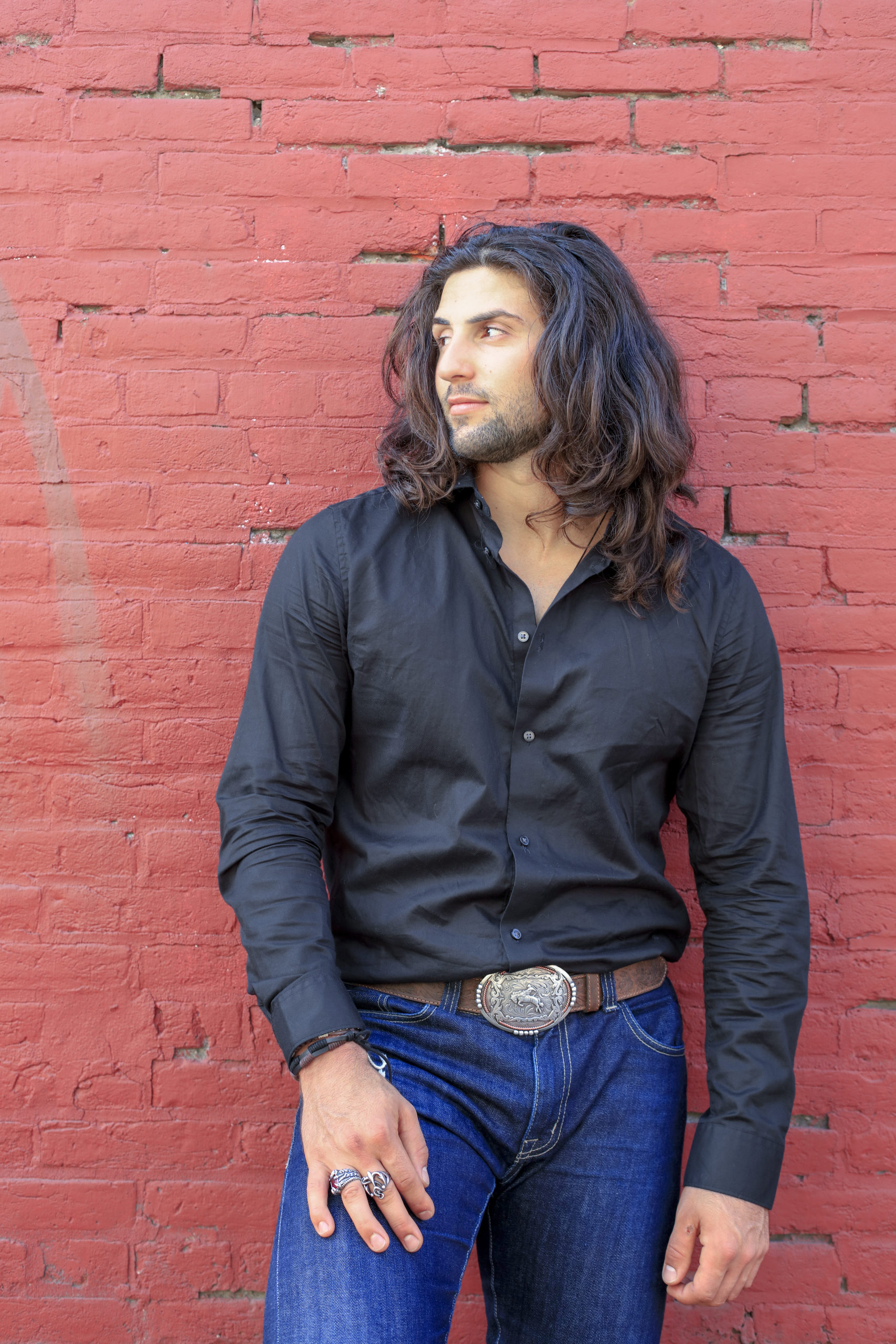 Bryan Ruby is a trailblazing professional baseball player and rising Country music artist based in Nashville, TN. In 2021, he became the only active professional baseball player to come out as gay, and his story was featured on the front page of USA Today & in hundreds of media outlets around the world. As a songwriter, Bryan has penned songs that have appeared on the Texas Country Top 50 chart and the iTunes Country Top 25, and songs he has written have been featured on both Huffington Post and People Magazine. As an artist, he won Season 7 of the talent-search competition Nashville Rising Song, and is preparing for the release of his upcoming debut EP due out in 2023. Bryan’s first single, Left Field, was featured on The TODAY Show and added to rotation on SiriusXM Country Pride, as well as the Academy of Country Music’s Ultimate Pride Playlist. He is currently on a Stadium Tour singing the National Anthem and performing pregame and postgame concerts at ballparks around the country.

Lamitschka:  Many new fans throughout Europe may be hearing about you for the first time. How would you describe yourself and the music you play to someone who has never seen or heard you?

Bryan Ruby: “I’m just a guy who loves country music and wants to sing from the heart. Maybe you haven’t seen a lot of guys like me up on the stage in country music but that’s gonna change- I’m a young artist just trying to live my truth and find a place amongst many talented people in our format.”

Bryan Ruby: “The last year has really been crazy. I got to ‘come out’ in USA Today as the only active gay pro baseball player, then I went back home to Nashville and wrote about 85 songs over the winter. I have been on the road since last spring playing baseball and singing the National Anthem at different sports games in the US, and I got to play my first single as an artist- ‘Left Field’- on The TODAY Show and even SiriusXM Country Pride. It’s been nonstop.”

Bryan Ruby: “My current single ‘The Standouts’ is all about the people in our lives who are doing extraordinary things, and for everybody who hasn’t got the recognition they deserve. I dedicated the song to my grandpa-we like to call him ‘Pops’- who is a veteran and a small business owner. He raised a family of 5 kids and he still inspires us today, even at 84 years old. That hard work and can-do attitude are the reasons my family is here. I also dedicated The Standouts to my sister-she teaches math at one of the poorest school districts in all of the US. It’s a thankless job but it’s inspiring to see how she helps those kids.”

Bryan Ruby: “I’ve gotten some really cool messages about my latest single ‘The Standouts’. Most of them are from people telling me about the everyday heroes in their lives-it’s been a really positive thing, so much so that I want to make a video highlighting all the standouts people have told me about. One of the coolest things about the song is that everybody knows a standout in their life. It will mean different things to different people. I love when songs do that.”

Bryan Ruby: “My next song is called ‘Christmas With You’ and it’s slated for release on November 18th-just in time for the holidays. It’s a Christmas country slow burner built to be smooth like hot chocolate by the fireplace. I’m already prepping for the release show which is December 4th at The Hard Rock in Nashville.”

Lamitschka:  As an artist, you have so many tasks such as recording, touring, interviews. What do you like best, what’s your favorite activity?

Bryan Ruby: “Ha! It’s a lot. I am always working on something- it’s nonstop from sun up to sun down- but that’s the kind of attitude you have to take if you want to make music your career. My favorite part so far has been the recording process- I have got to work with top level session players here in Nashville. Guys like Smith Curry, my producer (who has played with everyone from Taylor Swift to Kris Kristofferson), Justin Ostrander (Luke Bryan, Cody Johnson, Luke Combs), and Nick Buda (Kenny Chesney)…The fact that a young artist like me can be in the studio learning from those pros is truly a blessing. Now that we are starting to get the songs out, I am itching to get on the road and play them for y’all.”

Bryan Ruby: “I grew up loving country music, and I even got to be an intern at my local country radio station back home in Pennsylvania- 92.5 WXTU. Somewhere around age 20 I learned about a Nashville songwriter named Shane McAnally-a gay guy who writes a bunch of hit country songs. They say ‘if you can see it, you can be it’. That was really the moment where I said to myself ‘I really want to do this’-move to Nashville and write country songs too. I’ve been here for almost 3 years now and am very lucky to have had 17 of my songs recorded by different singers -plus 3 now that I’ve released on my own. I want to keep the momentum going.”

Bryan Ruby: “Well, there is probably the reason I got this interview-ha! Maybe that I’m an openly gay pro baseball player and country singer, and I guess you don’t see that very often… Honestly though, I hope the true differentiator in the long term is that I’m a guy who can just sing damn good real country music that is both honest and crafted from real life experience. Maybe one day people will know me as a singer who can pull off both the low and the high vocals with conviction. That would be nice as well.”

Bryan Ruby: “Definitely myself. I am hard on myself every time I write a song. I always want to do better, be better. ‘Constant tinkerer’ is a nice way to describe it. I want to really master the art of writing country songs and that’s what motivates me. I think sometimes it’s good to be hard on yourself.

Lamitschka: What hopes and desires do you have for yourself?

Bryan Ruby: “I want to get on the road consistently and be an opening act for a big country singer. I dream about getting to that point and really breaking into the scene.”

Bryan Ruby: Yep! My website is www.BryanRubyMusic.com and on it you can find links to my music, upcoming show dates, and even a playlist of songs I’ve written for other artists. You can also find me on Instagram , Tik Tok , and Facebook @bryanrubyofficial and Youtube as well.

Bryan Ruby: “I just had a show where a fan came up to me and said ‘I came because you’re a baseball player-I didn’t realize you can actually sing!’ That was validating.”

Answer:  “There Goes My Life by Kenny Chesney. It’s just a perfectly crafted country song that pulls at all the heartstrings-go check out the original songwriter Wendell Mobley’s version on Youtube– I promise it’s worth the watch.”

Bryan Ruby: “Here’s a message for y’all: ‘I’m gonna see you soon! …Hopefully.’ Playing some shows in Europe would be an absolute blast. Summer 2023? Let’s make it happen!”