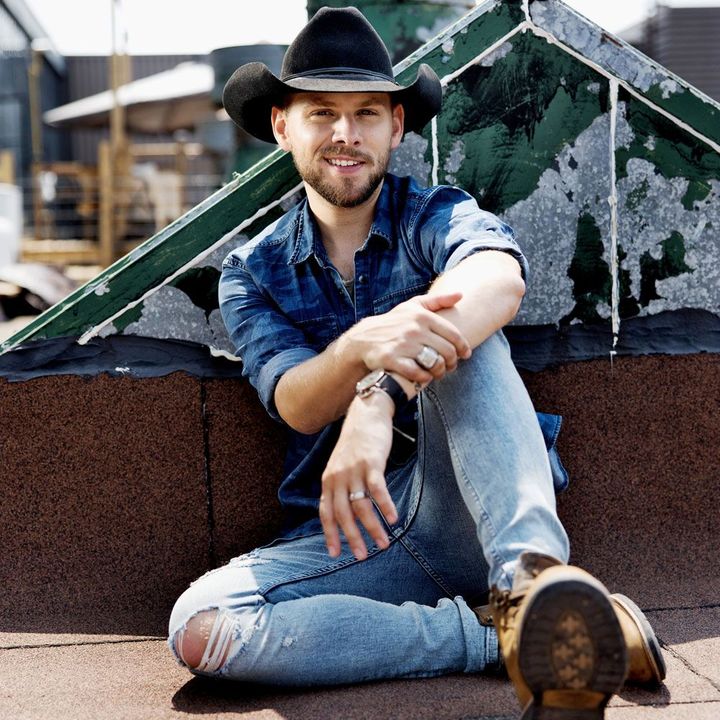 Country music is alive and well north of the border.  If there was any doubt about that, check out the dynamic Brett Kissel, whose boots carried him through the grass and mud of the family cattle ranch in northeastern Alberta, Canada, long before they took him onto a stage.

Amazingly, at the still-young age of thirty-two, he is already two decades into a music career, having released his first album, Keepin’ It Country, when he was twelve. Now he is gearing up for the release of his latest project, a four-part album set to drop in January 2023.

The new project will follow five albums released by Warner Music Canada, three of which (Started With a Song, Pick Me Up, We Were That Song) were certified Gold in Canada and included eight Gold and three Platinum singles.  In 2020 Brett signed his first American record deal with Verge Records, the Nashville-based partner of ONErpm.

Fans both south and north of the border are getting a taste of what to expect from the new album with the release of the track “Watch It” (play / stream / download the track here https://onerpm.link/watchit). “Watch It” follows the release earlier this year of the single “Ain’t The Same” featuring the American pop vocal group 98°.

Brett talked to me about the release of his new project in 2023 and the unique concept behind it.

“I believe without question it is the most extravagant record I’ve ever done because it’s not just a record,” said Brett, the enthusiasm obvious in his voice.  “The most important thing is that it’s four albums and each album represents a different side to me, a really important side that I’m excited to share with my fans and anyone who loves country music.  In previous records that I’ve done, I’ve always had a little snippet of who I am put into the album, and you do the best that you can with ten songs. Now we’ve got forty songs and we’ve got the North, the South, the East and the West. We’ve called it ‘the Compass Project’ and so each needle of the compass points in a different direction.”

Brett explained how each of the four albums in the project focus on a specific aspect of the music.

“The North talks about my homeland in Canada and the great shows that I’ve been able to do,” he began.  “That entire album is a live album of my favorite songs that I’ve recorded over the years. Kind of like a ‘greatest hits.’

“The East really talks about the land and the love and the singer-songwriter side of me that comes out every now and then at a live show or on a record, but [this is] an entire album dedicated to that side if me.

“The South album points south to Nashville, Tennessee. So everything that’s great about Music City; a Nashville-inspired album that I think people would expect me to record. Hit-driven, radio-friendly, great catchy, awesome, amazing songs!

“Then you’ve got the West that points to the Western side of country music – of course ‘Country and Western.’ Growing up on a cattle ranch, there’s a lot of songs about cattle and oil and playing cards and hanging out with your buddies and the western lifestyle that I’ve been very, very blessed to live all thirty-two years of my life,” he concluded. “So the Compass Project is North, South, East and West and I’m really proud of these forty songs on these four albums.”

I reminded Brett that we last met, before the Covid shutdown, at one of Craig Campbell’s Cornhole Tournaments in Nashville. Brett said he remembered the event very well and loved the headspace he was in back then but feels he has evolved in a way that is apparent with the new project.

“Because of the Covid era, and because I’m a little bit older now – I’m in my thirties, my wife and I have four kids – it’s really interesting to see how my perspective changes on a number of topics and things that really matter.”

This led us into talking about balancing his family life with his busy touring and recording schedule.

“My wife and I talk about this on a regular basis,” he said.  “There are different seasons in Life and what worked a couple of years ago may not work right now, or what worked ten years ago doesn’t work now, and what we’re going to do today may not work three years from now.”

He noted that he stays very aware of what the needs of his family may be at any particular time.

“The best way that I’ve been able to achieve balance is by understanding that balance might not be the right word,” he said. “I try to achieve symmetry.  That’s the word I choose to use.  That way, both sides of my life, the career side and more importantly the family side, are both mirroring each other and both doing well.  The way I can achieve that for the most part – and I still struggle with it as every parent does, no matter what career you have – Is to integrate ‘everything family’ into my life of music, and also integrate music into my life with family. So that way, there is no separation.  My children and my wife know how passionate I am about country music, but it’s important for everybody on my team on the country side, the business side, to understand how important my family is to me. Achieving symmetry is the goal.”

One of the ways that dealt with the problems that arose due to the Covid pandemic was to create a series of ‘Live At The Drive In’ shows that benefited the Food Banks program.

“That experience morphed into something that was a real national phenomenon for me and my team, said Brett. “During the pandemic we were playing these Drive-In shows that were some of the most amazing moments of my career thus far. It was a way to figure out how to still bring people together. That’s what country music does and what it has always meant to do.  I was so grateful to play for hundreds and hundreds and even thousands of cars that would tune into a FM signal that we would rent for the day.  They would tune into 99.5 or 89.9 or whatever it might be, and we would play a live hour or two-hour show with giant screens and all of the arena or festival production that people would expect with pyro and everything.”

Brett said that they were able to put on amazing, unique shows and he tipped his hat to the sponsors who stepped up to the plate.

“The cost of the shows was covered by sponsorship which I was very grateful for, when I said to them, ‘can you please do this for the greater good?’  That allowed me to give every single dollar that someone spent for a ticket to go to a different charity across Canada.  We raised well over a quarter million dollars mostly for food banks because, as you can imagine, the need for food banks went up like crazy and people were in desperate need in a very dark time of our world history.  Being able to do what country music has always been supposed to do and bring people together and raise money and really make a difference was something that I’m extremely proud of.

“We ended up doing twenty-four Drive-In concerts across Canada,” he said.  “There were a couple of statistics circulating in that era when everything was shut down that me and my team were the only band touring and we were doing the biggest shows in North America at the time as thousands of people were coming out in their cars.”

Brett is recognized for having a particularly close relationship with and respect for his fans.

“The thing is, my fans are everything, without question,” he emphasized.  “A lot of people are dedicated to the songwriting side or they are dedicated to the craft in the studio. But for me, it’s about performance, it’s about connection and it’s about really engaging with my fan base.  Whether you are new to country music, or you’ve loved country music all your life, whether you’re a grandparent or a grandchild, everyone is welcome at one of my shows.  Having that type of connection is of the utmost importance to me, so I am very, very grateful to have been recognized by the CCMA with the Fans’ Choice Award and nominations, and the nominations and award wins for the Interactive Artist of the Year. I am just so grateful that that’s a big part of who I am and I know that it’s going to continue to be that because it’s the most important part and the biggest reason that I do what I do.”

There is one particular fan that Brett is very proud of: Garth Brooks who has described Brett this way: “It’s neat to see someone who loves and respects country music as much as this kid does.”

“Garth is the GOAT – The Greatest Of All Time,” Brett told me. “It’s a very special quote! When he was introducing me on stage that night, I transcribed everything that he said and I actually framed those words and they’re on a beautiful plaque in my music room. I was so honored to have a legend like him – and a guy who has become a friend and is such a great mentor – say those things. You can’t really describe those feelings.”

Brett is a true country road warrior: he earned a Road Gold Certification in 2018 for the most extensive tour in Canadian music history. He has amassed a shelf-full of other awards in addition to his multiple Gold and Platinum plaques. He was the youngest-ever nominee for a CCMA award, he picked up the 2019 JUNO Award for Country Album of the Year, he was named International Artist of the Year at the 2017 Worldwide Radio Summit in Hollywood, California, he is a 22X CCMA Award winner… the list goes on and on.

Now with the upcoming release of his new project in early 2023 – and the teaser release of the single “Watch It” – country fans in the USA and the rest of the world will see what Canadian fans already know: real country doesn’t get any better than Brett Kissel.

Music is a Healer- The Judds Final Tour