BRENDA LEE TO BE HONORED WITH “ENTERTAINMENT LEGEND AWARD” 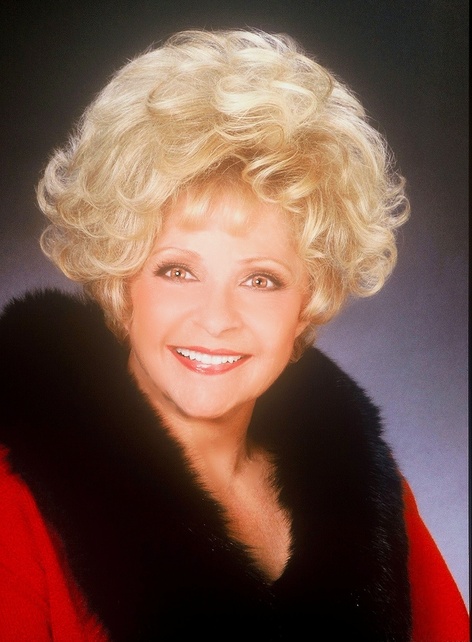 BRENDA LEE TO BE HONORED WITH “ENTERTAINMENT LEGEND AWARD” THIS WEEK IN LAS VEGAS
FIRST WOMAN ENTERTAINER HONORED WITH TOP AWARD FROM CASINO INDUSTRY ASSOCIATIONS
LAS VEGAS (September 27, 2016) – Award-winning vocalist Brenda Lee will be presented with yet another honor this week –this one the Casino Entertainment Legend Award
at the fourth annual Casino Entertainment Awards (CEA) on Wednesday,
September 28, 2016, inside the Vinyl showroom at Hard Rock Hotel &
Casino.
Wednesday’s
presentation to Lee will make her the first woman entertainer to win
the coveted award–following in the steps of fellow performing icons
such as legendary comedian Jerry Lewis and Las Vegas showman Wayne
Newton.It’s a fitting tribute for the diminutive Lee who in 2016 marks
the 60th anniversary of first hitting a stage in Las Vegas at the age of
12.
She
in fact celebrated her 12th birthday while performing at The Flamingo
Hotel in December 1956 –a co-billing with the Ink Spots. Too young by
law to actually be allowed inside the casino gaming area, the tiny
phemon had to have security guards walk her thru to the showroom each
night for her performance.
Sponsored
by the Global Gaming Expo (G2E) and the American Gaming Association
(AGA), the Casino Entertainment Awards are the only awards exclusively
honoring outstanding artists, executive and venues in the casino
entertainment industry. The Casino Entertainment Legend Awards recognize
lifetime achievement in the casino entertainment industry.
With
more than 100 million units of her music sold globally, Brenda Lee has
been a superstar since childhood, releasing her first single when she
was 11-years old, sharing the stage with Elvis Presley at 12, and having
The Beatles open for her European tour before she turned 20. Her
classic hits include  “I’m Sorry” (which sold over 20 million copies),
“Break It To Me Gently,” “All Alone Am I,” “Losing You,” “Emotions” and
“Rockin’ Around The Christmas Tree,” a holiday standard for more than 50
years. She is a member of the Rock and Roll Hall of Fame, the Country
Music Hall of Fame and the Rockabilly Hall of Fame. Lee has also had the
honor of being inducted into the Grammy Hall of Fame and was presented
with a Lifetime Achievement Grammy Award by the National Academy of
Recording Arts and Sciences to honor her body of work as a recording
artist.
Brenda recalls with fondness those who paved her path to stardom–and to this week’s honor in Vegas.
She
noted today in an interview: “My career had the blessing of being
touched by real genuis in those that surrounded me. The recording side
was covered by the legendary Owen Bradley who produced all my hits.
While we were having success on the charts, I had a stage show created
by Richard Barstow–the New York choreographer/show producer who had
created shows for the top attractions of the day such as Judy Garland
and the Ringling Brothers mainstage. Overseeing all, I had a true
visionary for my manager–Dub Allbritten–who took me to Europe for
concert dates in all the top venues while we were having the hits in
America.  These three wonderfully gifted men created a bridge for me
from child star to a career that endured–something I am forever
grateful for.”

Following
her whirlwind honors in Las Vegas this week, Brenda fans will have yet
another opportunity to catch her in Vegas this year–this time on
December 5 when she headlines at The Golden Nugget Casino.