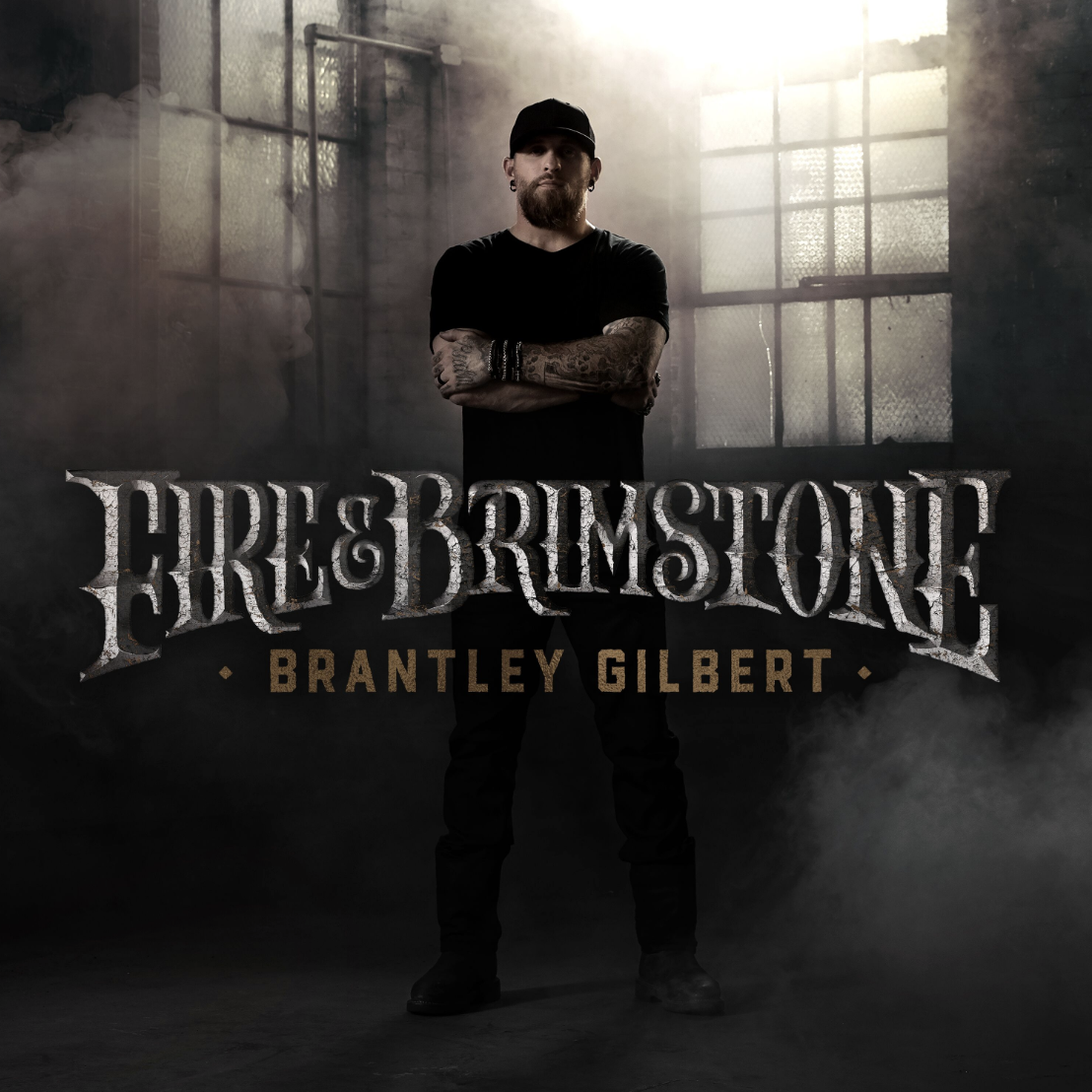 With
his first release in nearly three years, modern outlaw Brantley Gilbert
delivers his take on love and marriage, redemption and life in a small
town. Like his previous four albums, all 15 tracks on Valory Music Co.’s
Fire & Brimstone are either written or co-written by Gilbert, who considers himself a songwriter first and foremost.

“With this record, the goal for me was to let each song just be what it
was––uninhibited and unfiltered,” Gilbert says. “We just followed the
song’s instincts. I like to be able to write, and if it feels like the
song is leading a certain way, then let’s go chase it.”

Vocal collaborators Lindsay Ell, Colt Ford, Jamey Johnson, Alison
Krauss, Willie Nelson and Lukas Nelson help set the tone on this latest
offering. The debut track, “What Happens in a Small Town,” written about
Gilbert’s own relationship, has hit the Top 10 and continues to climb.

Recent release “Bad Boy” chronicles the journey of a love
affair told primarily from a mother’s point of view. “Every line in this
song is the truth. Amber and I haven’t always had the easiest of
journeys, but I wouldn’t trade it for anything in the world. It takes a
special kind of heart to love a bad boy,” Gilbert explains.

The
bad boy theme continues with the blue-collar southern rocker “Not Like
Us,” while “Welcome to Hazeville” features Willie Nelson, his son Lukas
Nelson and Ford. Both songs were released earlier this year, along with
the heartfelt “Man That Hung the Moon.” The latter, a solo-penned love
letter to Gilbert’s son from the first-time dad, takes on new meaning
with the recent birth of his daughter.

“As
a man, very seldom do I talk about many things that are more than skin
deep,” Gilbert admits. “As a songwriter and as an artist, I feel like
the best way to represent myself is to be transparent––to write that
story––and to write about things that maybe even I’m not comfortable
talking about.”

As the contrast in these songs implies, Gilbert mines a rich vein of
conflict between the party and the pew; hell raising and child rearing:
“I feel like I am at the stage in my career where I am confident enough
to let the music take me where it’s meant to go, no matter how down and
dirty that might be. We always know where we stand. As long as there’s a
box, I always know where I’m supposed to be, and that’s on the outside
of it.”

Gilbert, one of only five country artists to have back-to-back platinum
albums this century, borrows the title of his current single “Fire’t
Up” to brand his upcoming 2020 tour, which kicks off Jan. 23 in London,
Ontario, with stops in 34 cities in the U.S. and Canada.

With back-to-back platinum albums and a grassroots following (“BG
Nation”) millions strong, Brantley Gilbert has clearly struck a nerve.
The Georgia native who started as the defiant life of the party can
still go ’til sunrise, but he’s also emerged as something far greater:
the leader of a massive tribe of hard-working, fun-loving believers for
whom electric guitar shredding, rapping and twang rule the day. When the
BG Nation watches Gilbert on stage, they don’t just see a star, they
see themselves. Six No. 1 hits punctuate his career: “Bottoms Up,”
“Country Must Be Country Wide,” “You Don’t Know Her Like I Do,” One Hell
of an Amen” and as a co-writer on CMA Awards Song of the Year nominee
“Dirt Road Anthem” and the solo-penned “My Kinda Party” (both performed
by Jason Aldean). Gilbert’s landmark record Just As I Am clinched the 2014 American Music Award for Favorite Country Album. The highly anticipated Fire & Brimstone,
out Oct. 4 via The Valory Music Co., is Gilbert’s most mature and
complex exploration of his world to date. Following this fall’s Not Like Us Tour and his second annual Kick It in the Ship cruise, Gilbert embarks on his Fire’t Up Tour 2020 in January with special guests Chase Rice, Dylan Scott and Brandon Lay. For additional information, visit BrantleyGilbert.com or follow him on Instagram and Twitter at @BrantleyGilbert and on Facebook @BrantleyGilbertMusic.