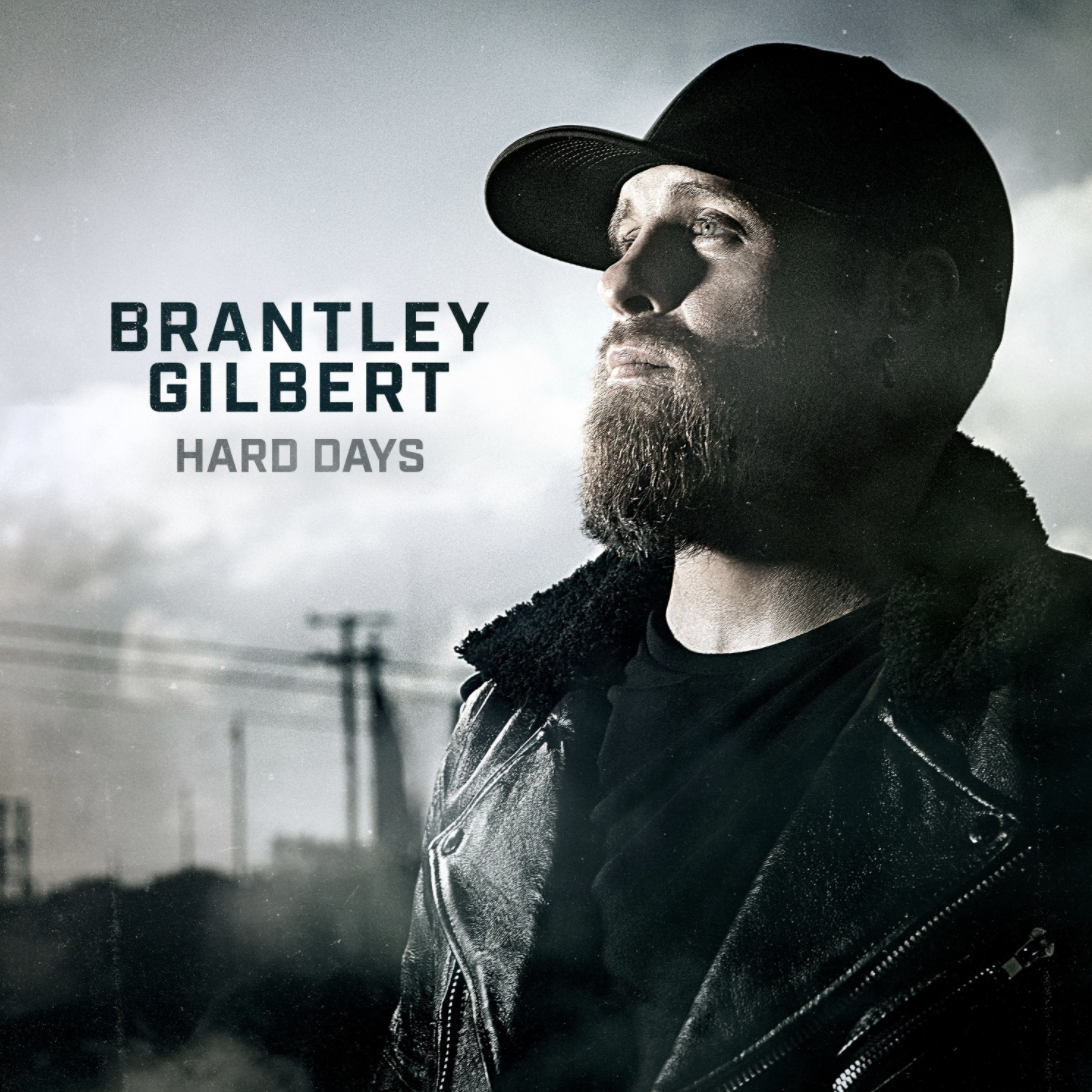 Hard-rocking country singer-songwriter Brantley Gilbert releases his latest single “Hard Days,” an
uplifting track penned as a reminder that difficult times do pass and
we often come out on the other side strengthened by what we’ve
endured. Listen to “Hard Days” HERE.

“‘Hard Days’ is about finding and acknowledging hope in the midst of
turmoil and taking the good with the bad,” shares Gilbert. “I look back
on some of the harder times in my life and think about where things are
now, and I’m thankful for the bad that led to the good.

“This song means a lot to me,” he continues. “It’s been a long time
since I’ve heard a song that can stand on its own lyrically. Brock
Berryhill, Logan Wall, Jimi Bell and Jay Brunswick gave me the
opportunity to work with them, and it’s something I’m extremely proud to
be a part of. I feel like all of us are in need of a little bit of
healing and in need of a little bit of hope. And this song offers that.”

“Hard Days” encourages us to acknowledge the moments that tend to feel
much sweeter after persevering through our own rough patches:

You would’ve never learned the words to amazing grace

Never felt the chill of a pew when you lost faith

If you didn’t strike out a couple hundred times

If you never hit rock bottom, never cussed the sky

You would’ve never known to ask the good lord why

Or ever changed your life

If you never had hard days

If you never had a heart break

Never had more than you can take

Or carried the weight

Of life on your shoulders

Would you live with a purpose

Or ever known your own strength

If you never had hard days

“Hard Days” follows the release of “Fire’t Up,” from Gilbert’s most recent album Fire & Brimstone
(via The Valory Music Co.) released Oct. 4, 2019, and recent No. 1
“What Happens In A Small Town” with Lindsay Ell, which marked the
Maysville, Georgia native’s seventh No. 1.

With back-to-back Platinum albums and a grassroots following millions
strong, Brantley Gilbert has clearly struck a nerve. The Georgia native
who started as the defiant life-of-the-party can still go ‘til sunrise,
but he’s also emerged as something far greater: the leader of a massive
tribe of hard-working, fun-loving believers for whom electric
guitar-shredding, rapping, and twang can go hand-in-hand-in-hand. They
call themselves the BG Nation, and when the BG Nation watches Gilbert on
a stage, they don’t just see a star. They see themselves. Seven No. 1
hits punctuate his career: “Country Must be Country Wide,” “You Don’t
Know Her Like I Do,” CMA Awards Song of the Year nominee “Dirt Road
Anthem,” “My Kinda Party,” “Bottoms Up,” “One Hell of an Amen” and
collaboration with Lindsay Ell “What Happens In A Small Town.” Gilbert’s
landmark record Just As I Am clinched the 2014 American Music Award for Favorite Country Album. Earning praise from the New York Times, NPR, American Songwriter,
and more, Gilbert has mined a rich vein of conflict between the party
and the pew on all of his albums. Instead of toiling in limbo, unable to
enjoy good times for fear of Judgment Day, Gilbert fully lives––rowdy
friend, man of faith, devoted husband, smitten new father––just as he
is. Fire & Brimstone, out now (10/4/19) via The Valory
Music Co., is Gilbert’s most mature and complex exploration of his world
to date. His current single, “Hard Days” is available everywhere now.
For additional information, visit BrantleyGilbert.com or follow him on Instagram and Twitter at @BrantleyGilbert and on Facebook @BrantleyGilbertMusic.