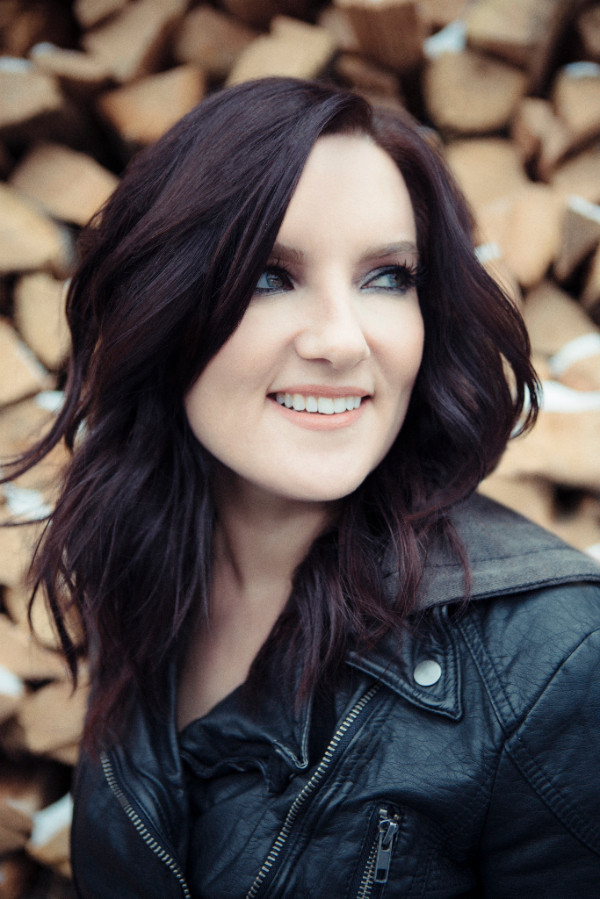 BRANDY CLARK LANDS TWO 2017 GRAMMY NOMINATIONS FOR CRITICAL HIT ALBUM BIG DAY IN A SMALL TOWN
Now six career GRAMMY nominations for “country music’s most reliable character witness” (The Washington Post)
NASHVILLE,
Tenn. — In another example of a year to be remembered, 2016 has
distinctly highlighted the hard work and dedication of acclaimed
singer/songwriter Brandy Clark. Announced earlier today on Grammy.com, CMA-Award winner Brandy Clark received nominations for Best Country Album for Big Day in a Small Town and Best Country Solo Performance for “Love Can Go to Hell” off the sophomore album. Released this summer, Big Day in a Small Town debuted Top 10 on Billboard‘s Top Country Albums chart and quickly gained the attention of critics including Laura Snapes of The Guardian, who praised “(Big Day) speaks to a vast audience who weren’t hearing themselves in country.”
Clark, whom The Plain Dealer‘s Chuck Yarborough calls “the best wordsmith in Nashville,” landed on multiple critics’ “best of” lists this year, including Rolling Stone‘s 25 Best Country & Americana Albums So Far and 45 Best Albums of 2016 So Far, TIME Magazine‘s Best Songs of 2016 So Far, NPR’s Top 100 Songs of 2016 and Songs We Love, and American Songwriter’s Top 50 Albums of 2016.
“I put my whole heart into Big Day in a Small Town,
as did all of the co-writers, musicians, and producer Jay Joyce,”
shares Clark, “So for it to be so well-received not only by the fans and
press, but now also by the GRAMMYs is a really sweet reward.”
Celebrated for her keen depiction of small towns and their antiheroes, Clark’s bold second album Big Day in a Small Town has been revered as “gritty and visceral” (Associated Press), “aggressive and big-grinned” (SPIN) and was described by SALON Magazine’s Erik Nelson as “simultaneously harrowing, cynical, uplifting and just plain funny.”
“When you memorialize human lives with this level of care, you’re writing music that’s meant to last,” read a review from The Washington Post‘s Chris Richards, “Like Clark’s protagonists, these songs want to survive. And they will.”
The Jay-Joyce-produced album has garnered national praise by fans and critics alike, including Wall Street Journal heralding it an album that presents “country-song genius on the order that Loretta Lynn and Merle Haggard got us used to,” and Rolling Stone
saying it’s “music tooled alternately for stadiums and songwriting
circles, commercial and public radio, line-dance bars and coffee shops.”
Big Day in a Small Town is the “cousin” to Clark’s critically-acclaimed debut album12 Stories which was featured on “Best of” lists from New York Magazine, NPR, Rolling Stone, The New Yorker, New York Post and The Boston Globe in 2013. That same year, Los Angeles Times called it “the country debut of the year.”
ABOUT BRANDY CLARK
The
Morton, Washington-native received her first of six career GRAMMY
nominations in 2013 in the Best Country Song category for co-writing the
Miranda Lambert No. 1 hit “Mama’s Broken Heart.” She won the 2014 CMA
Song of the Year Award for “Follow Your Arrow,” which she co-wrote with
Shane McAnally and Kacey Musgraves, and was also named the 2014 Music
Row Breakthrough Artist of the Year. The Academy of Country Music voters
nominated her for Female Vocalist of the Year in 2015.
For more information, visit brandyclarkmusic.com.  Follow her on Facebook at facebook.com/TheBrandyClark and on Twitter @TheBrandyClark.
Photo Credit: David McClister