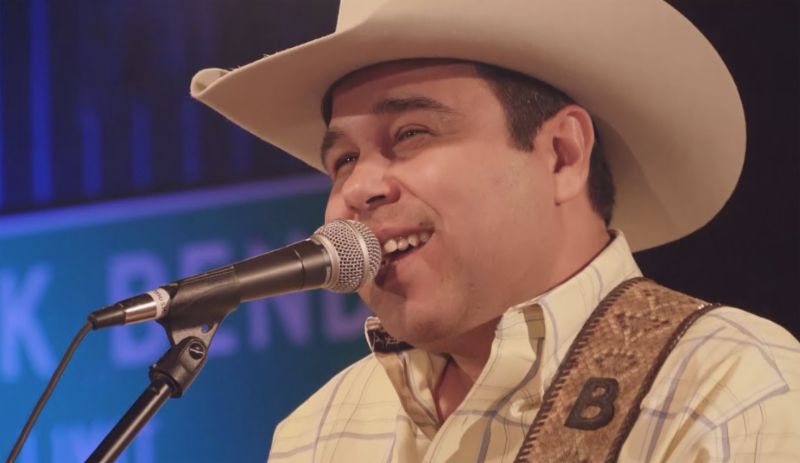 WITH AWARD NOMINATION AND BIG TOUR

NASHVILLE, TN (January 16, 2018) — Bobby
Marquez is flashing that signature smile as his original country music
leads him into a promising 2018. The year is off to a great start for
the singer/songwriter who was just announced as one of the five
finalists for the Academy of Western Artists Pure Country Male Performer
of the Year.

Marquez explains, “This is huge
because the DJs vote on this award and you know how many CDs come across
their desks and how many great entertainers they play. I am just so
thankful for them even considering me. It would be amazing to win this
award in honor of my

late father-in-law. He inspired my new
songs. And Bill Mack, one of my earliest supporters is being honored
that night as well.”

The awards ceremony will
be held in Fort Worth at Texas Christian University on Thursday, March
15th. Marquez plans to share his latest single, “The Cowboy Way,” that
weekend. The song is featured on his new EP along with a duet with the
legendary Johnny Rodriguez.

In the meantime,
Marquez hits the road in February for the first dates on his Honky
Tonkin Cowboy Tour. Appropriately, the first shows will take place in
the city he once called home, San Antonio, Texas. Bobby Marquez has
four shows planned at the San Antonio Stockshow and Rodeo, the weekends
of February 10th and February 17th and 18th.

Fans can view the upcoming schedule and find updates at www.bobbymarquez.com.

Bobby Marquez is fresh off a huge 2017. He was just awarded the first-ever CMA of Texas Cowboy/Western Artist Award. His
original tune, “The Cowboy Way,” was designated the theme song of the
annual Gene Autry Museum Festival in Oklahoma. Bobby Marquez was also
nominated for a R.O.P.E. award for Songwriter of the Year.

Marquez
is a proud supporter of the Ernest Tubb Midnite Jamboree serving as an
annual host. The singer/songwriter is also a member of the Wheeling
Jamboree. In 2015, the CMA of Texas named Bobby Marquez the Independent
Artist of the Year. A self-titled album described in reviews as the
real-deal won acclaim overseas and was picked as an album of the year by
the Country Music People Magazine, going on to earn top-selling country
album in the U.K. and an award nomination in Australia at their annual
country awards event in Canberra.