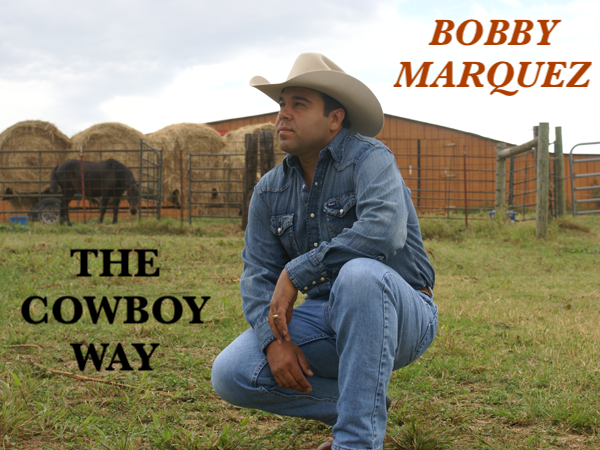 Bobby Marquez and Rhonda Vincent Awarded Duet of the Year

DUET OF THE YEAR

NASHVILLE, TN (September 17, 2018) —
More great news is on the horizon for Bobby Marquez’s latest project,
“The Cowboy Way.” The CMA of Texas has awarded Marquez and Rhonda
Vincent Duet of the Year for the track titled “For Awhile.” Trophies
will be presented on October 24th at Mo’s Place in Katy, Texas during
their fifth annual event.

“I have loved this song since I first wrote it. Tim McGraw and
Faith Hill had it on hold “for awhile”, no pun intended, so I couldn’t
do anything with the song. When it became available, I knew Rhonda was
the voice for this song. She just has so much emotion. It gives me
goosebumps to listen to it. I am so grateful to Rhonda for recording
with me and the CMA of Texas for recognizing us,” shares Marquez.

Bobby Marquez co-wrote “For Awhile” with Memarie. it appears on his
summer 2018 release, “The Cowboy Way” featuring the Queen of Bluegrass
Rhonda Vincent. The CMA of Texas previously honored Bobby Marquez last
year for the title track.

This year, the organization will also honor Marquez’s publicist,
Jennifer Herron, with a Choice Award for achievements in public
relations. And the legends will be in house, with Tony Booth receiving a
Lifetime Achievement honor and Gary P. Nunn accepting the Living Legend
Award.

Bobby Marquez is currently on tour with his new music.

Bobby Marquez is the 2018
Academy of Western Artists Pure Country Male Vocalist and the recipient
of the first-ever CMA of Texas Cowboy/Western Artist Award. His original
tune, “The Cowboy Way,” was designated the theme song of the annual
Gene Autry Museum Festival in Oklahoma. Bobby Marquez was also nominated
for a R.O.P.E. award for Songwriter of the Year in 2017. Bobby Marquez
appears on television’s The Penny Gilley Show and Country Fix, while his
music videos are seen around the world on various networks. His music
can be heard on radio stations around the globe. Marquez’s songs have
been recorded by George Strait, Alan Jackson, Rhonda Vincent, Ty Herndon
and Johnny Rodriguez.