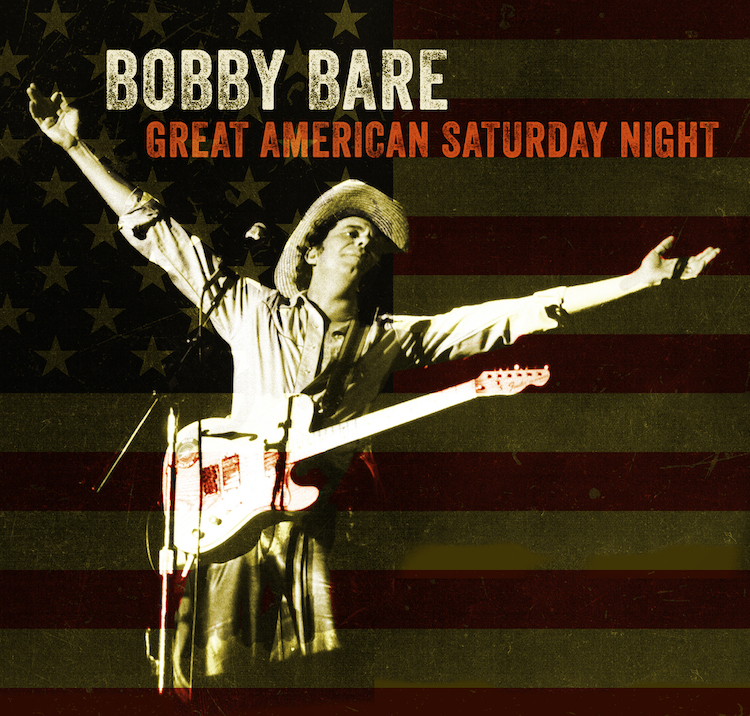 Bobby Bare Releases “The Day All The Yes Men Said No”

Fresh off the announcement of his next album, Great American Saturday Night, Bobby Bare is releasing track eight, “The Day All The Yes Men Said No”. Written by the late Shel Silverstein,
Bare tells the stories of folks from all walks of life standing up and
saying no to societal rules and standards and the ripple effect that
follows. Bare offers a little bit of humor in the midst of a serious
message with “The Day All The Yes Men Said No.” Listen to the song here.

On the day all the yes men said no”

Great American Saturday Night,
releasing on April 17, is a Sony Legacy/BFD release in partnership with
117 Music. This album is one of the many critically-acclaimed albums
between the Country Music Hall of Fame member and Silverstein, which
includes Lullabys, Legends and Lies, Singin’ in the Kitchen, Hard Time Hungrys, The Winner and Other Losers, Bare, Down and Dirty, Drunk and Crazy, Drinkin’ From the Bottle, Singin’ From the Heart, Old Dogs (w/ Waylon Jennings, Mel Tillis and Jerry Reed).

Born in Ohio, Country Music Hall of Fame and Grand Ole Opry member Bobby Bare is
one of the most iconic country artists of our time with chart-topping
songs like “Detroit City,” “500 Miles,” “Marie Laveau” and many more.
From country legends like Little Jimmy Dickens and Hank Williams to big
band acts like Phil Harris and the Dominoes, Bare’s style was molded and
led him to nearly five dozen Top 40 hits from 1962 to 1983. The
original “Outlaw” of country music, Bare was honored with many awards
and accolades, multiple GRAMMY nominations and wins and an induction
into the Country Music Hall of Fame in 2013. In 2017, Rolling Stone
named him in the top 50 of the “100 Greatest Country Artists of All
Time” and Pitchfork identifies him as an integral part of the Outlaw
Country movement in the 1970’s. 2017 and 2018 marked his 60th
anniversary in the music business and the release of his studio album,
Things Change, and two new music videos. A pinnacle moment in his life
occurred in 2018 as he was welcomed back home as a member of the Grand
Ole Opry by Garth Brooks. In 2020 Bobby Bare will turn 85 and release an
album of Shel Silverstein songs recorded in the late ‘70s but
never-before released titled Great American Saturday Night. For more information, visit www.bobbybare.com.