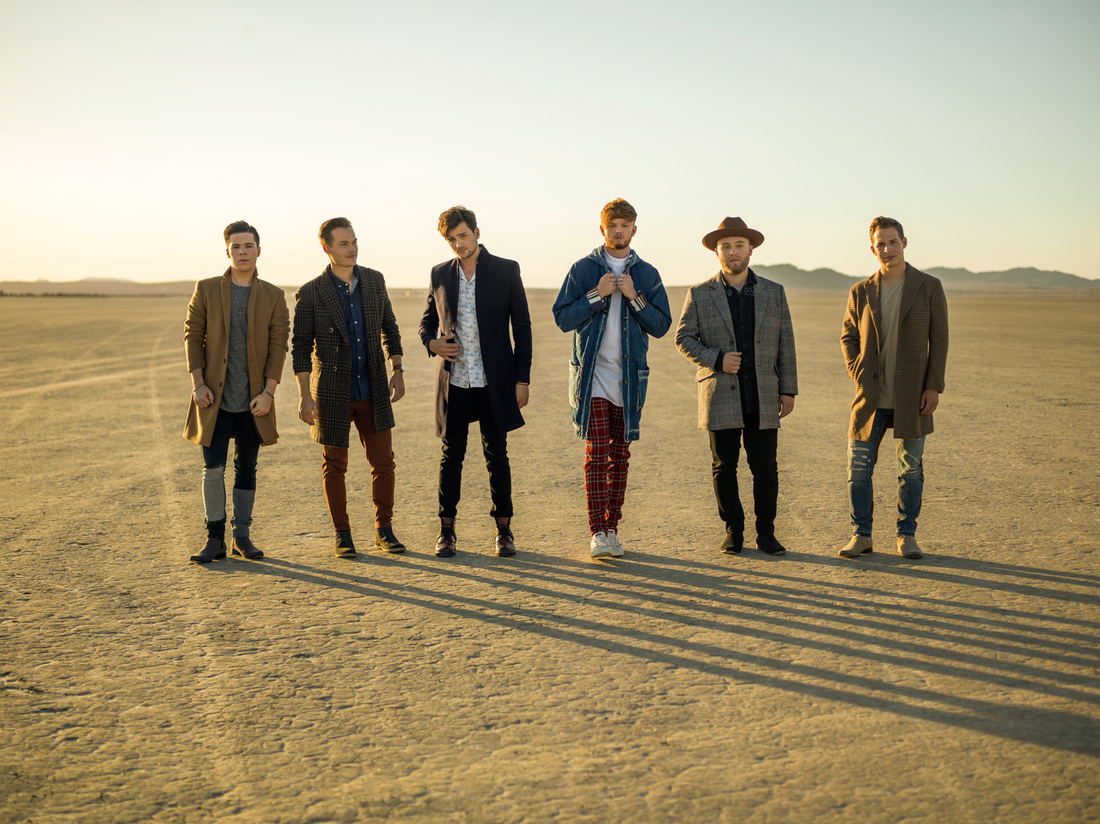 Each
member made their own way to Nashville, chasing their dreams from
across the globe — from the small towns of the American Midwest to the
small coastal country of Gibraltar; from the Atlantic seaboard to the
Central Belt of Scotland –bandmates Caleb Miller, Chris Deaton, Simon Dumas, Jordan Harvey, Chad Michael Jervis, and Austin Luther came together as King Calaway in early 2018, proving there are strength in numbers.

King
Calaway brings their thrilling organic chemistry, as both bandmates and
friends, to a group where soaring vocal melodies and consummate
musicianship abound. With a sound reminiscent of the Eagles – yet still
relevant in the modern music world – King Calaway offers a fresh new
take on country music. Guided by a co-production team including creative
visionaries Robert Deaton and Ross Copperman, the group’s
highly-anticipated debut project is coming in early 2019.

“King
Calaway is that rare combination of incredible individual talent
combined with amazing group chemistry,” says Jon Loba, EVP/BBR Music
Group. “Their skill as musicians, vocalists and entertainers, along with
Robert Deaton and Ross Copperman’s creative vision has very quickly
fueled the passions and excitement of not only those of us in the BBR
Music Group but also BMG and Bertelsmann globally.  We can’t wait to
introduce them to partners and audiences around the world!”

“The
six musicians who make up King Calaway are a fresh take on contemporary
country music,” adds Robert Deaton. “These young men hail from all
corners of the globe, but when put together on a stage, they are one and
magic happens.”

“The
six of us are beyond excited to be working with the great teams at BMG
and BBR. They’ve already dedicated so much time and effort into this
project, and we’re incredibly grateful,” noted King Calaway’s Chad
Michael Jervis. “We’re ready for the world to hear all the songs we’ve
worked so hard on.”

King Calaway is booked by United Talent Agency and is managed by 24 Entertainment. For more information, please visit www.kingcalaway.com or reach out to them on Facebook, Instagram, or Twitter.

In
January 2017, BBR Music Group was acquired by BMG, the new
model musiccompany founded by Bertelsmann in 2008. BMG’s 14 offices
across 12 core musicmarkets now represent over 2.5m songs and
recordings, including the catalogues of Chrysalis, Bug, Virgin, Mute,
Sanctuary, Primary Wave and Talpa Music, as well as literally thousands
of artists and songwriters attracted by its fresh approach.