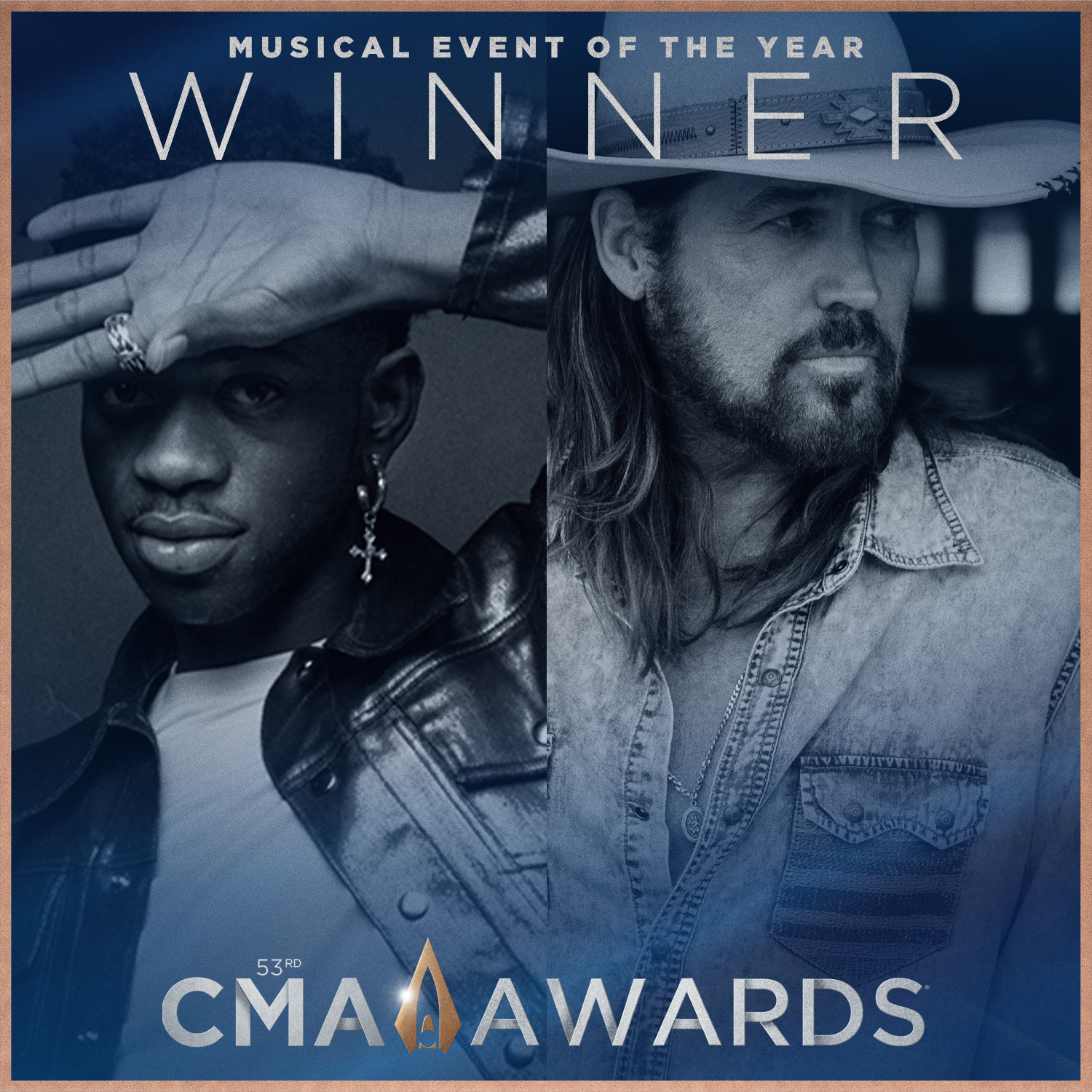 This is all on the on the heels of the song being certified diamond by the RIAA as Cyrus leads the pack for nominations as a country artist in the 2019 American Music Awards,
yet none of the nods are in country categories. Cyrus is nominated in
the all-genre Collaboration of the Year category, as well as Favorite
Music Video, Favorite Rap/Hip-Hop Song and Favorite Pop/Rock Song.

The CMA win follows a record-breaking year for Cyrus after he took home two MTV VMA Moonmen for Song of the Year and Best Direction, as well as two trophies at the BET Hip Hop Awards for Best Collab, Duo or Group and Single of the Year. The 2019 American Music Awards air November 24 on ABC.

The all-genre field is no stranger to Cyrus. In 1992, his first album, Some Gave All, debuted on the all-genre Billboard 200 album chart at No. 1 and stayed there for a record-breaking 17 weeks.

Not only is “Old Town Road (Billy Ray Cyrus remix)” the first song of
2019 to gain the diamond recognition, it is the first in the RIAA’s
history to meet the minimum requirement of 10,000,000 units sold so
quickly.