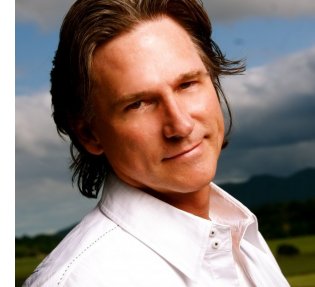 Nashville, Tenn. (August 7, 2013) – Country music’s BILLY DEAN has been recruited by KENNY ROGERS to play the lead role in this year’s edition of the critically-acclaimed Broadway-style Christmas production, THE TOY SHOPPE.
The Starlite Theatre in Branson, MO recently announded the addition of the new Christmas show to its roster.  The Toy Shoppe starring Billy Dean kicks off on November 1 and will continue through December 21.
The original music and story were written and arranged by music legend
Kenny Rogers and producer/director Kelly Junkermann.  Dean will take on
the role of Toy Shoppe owner Hank Longley, normally played by Rogers.
“I’m over the top about getting to play Hank Longley in The Toy Shoppe,”
notes Dean.  “This is normally Kenny’s role so I’ve got some big shoes
to fill.  But I promise to give it my all and make Kenny proud!”
Longley’s
Toy Shoppe has been filled with magic, wonders and miracles for nearly
100 years. It is a place where toys come to life and children gather to
hear owner Hank Longley tell stories. The audience joins Hero the Dog,
Cheeseball the Mouse, Bruno the Bear and Hank Longley in this story of
love, faith and appreciation for the value of every individual. The
story is full of old-fashioned values and is great entertainment for the
entire family. The original music from the production features eleven
songs co-written by Kenny Rogers as well as several holiday classics.
Dean
adds, “This is such a great Christmas story for the kids and the whole
family.  I’ve already teared up a time or two while reading over my
lines.  November can’t come soon enough!”
Tickets are available now through the Starlite Theatre website www.starlitetheatre.com or by phoning the box office at 866-991-8445.
View The Toy Shoppe video promo HERE.
About Billy Dean

In
his music career spanning more than 20 years, Billy Dean has claimed
eleven top ten Billboard country singles, including five #1 hits: “I
Miss Billy The Kid,” “Somewhere In My Broken Heart,” “If There Hadn’t
Been You,” “You Don’t Count The Cost” and “It’s What I Do.” Dean
recorded eight major label studio albums, three of which have been
certified gold by the RIAA, as well as a greatest hits album which is
also certified gold. He has also released four studio albums on BDMG,
including a tribute to America’s family farms, Earning Our Place On
Earth, through his partnership with Naturipe, and a tribute to truck
drivers, For Those Who Move America, through his work with Averitt Cares
For Kids. Earlier in his career, the Academy Of Country Music named
Dean Top New Male Vocalist and also awarded him Song of the Year for
“Somewhere In My Broken Heart.” In 2000, Dean sang harmony vocals
alongside Alison Krauss on Kenny Rogers’ rendition of “Buy Me A Rose,”
which earned him a GRAMMY. In addition to his successful recording
career, Dean has also acted in several movies and appeared in numerous
television shows.  Dean’s most recent album, A Man of Good Fortune, was released in 2012.