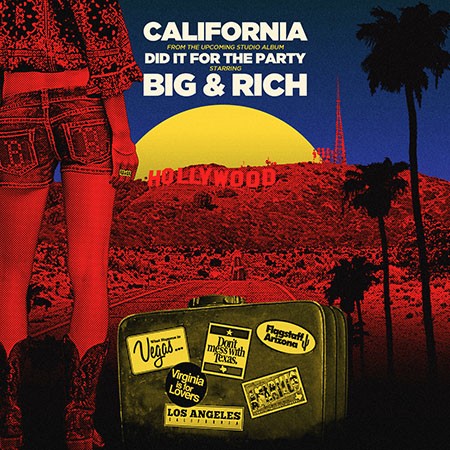 “We have deep gratitude to the folks in our industry who voted for us
for ‘Duo of the Year.’ We are in great company in this category, and
appreciate all the support we continue to receive from our fans and
country radio! Here’s to having a ‘Big and Rich Time’ in 2017!” – John Rich

“What a great morning! It’s fantastic to be nominated and be in the
game representing what is the best of country music! It’s so good to be a
part of that big celebration!” – Big Kenny

The nomination comes on the heels of a career-defining year, which
saw the dynamic duo scoring their third back-to-back Top Ten record on
Country radio with the smash hit, “Lovin’ Lately” featuring Tim McGraw.
Since launching Big & Rich Records, the larger-than-life pair
continued to soar to new heights with their project Gravity, after
achieving consecutive back-to-back Top Ten hits for the first time in
their 13 years together. The ACM award nominees look to capitalize on
that momentum with the announcement of their upcoming single,
“California,” which is set for release in March.

About Big & Rich:
Big & Rich is comprised of Big Kenny and NBC’s “The Celebrity
Apprentice” winner John Rich. The multi-platinum hit duo have garnered
multiple Grammy, ACM, CMA and CMT Music Award nominations. Their
previous release, Gravity helped propel them to new heights,
producing three back-to-back smash hit singles with “Look at You,” “Run
Away With You,” and “Lovin’ Lately” featuring Tim McGraw. The Country
superstars’ first studio album, Horse of a Different Color,
includes their hit infectious single, “Save a Horse (Ride a Cowboy).”
Other hits include “Comin’ to Your City,” “8th of November” and their
No. 1 hit, “Lost in this Moment.” Meanwhile, “Comin’ to Your City” is
nearing a decade as the theme song for ESPN’s “College GameDay.