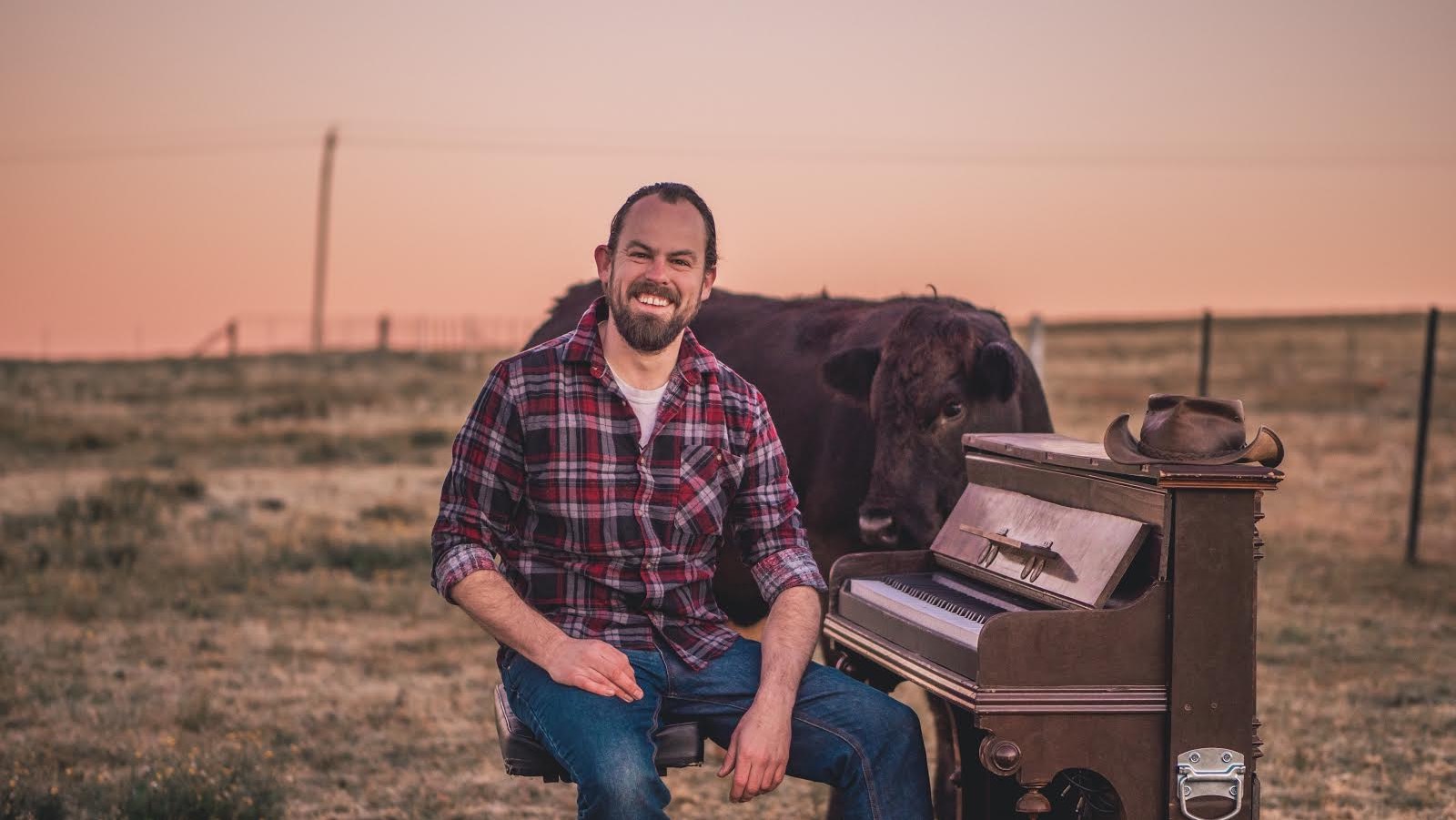 Lamitschka:  Music has
many new fans throughout Europe who may be hearing about you for the first
time. How would you describe yourself and the music you play to someone who has
never seen or heard you?

Answer:  I’m often described as an alt-country balladeer. For me, I just like to write songs, and sing
them to people – how the song comes out, is just how it comes out – I don’t
really try and fit into a genre, I just want to enjoy the music, and
fortunately for me, the fans are enjoying it too.

Lamitschka:  Your current
single is being played by radio. What do you feel is special about this song
that makes people want to hear it?

Answer: “Places I’ve Never Been” is about escaping
from the daily grind, and getting out to explore the world around you. It captures some of the exciting landscape of
Australia, and the production style is based on the 80’s Rock songs of
Australia – the type that made for a great soundtrack to go on driving
adventures.

Lamitschka:  Who inspires
you musically and how deep do your musical roots run?

Answer:   I’ve been described as a sponge once before,
and I’m taking that as a complement! I
love almost all music, and while I grew up on my parents music of Billy Joel,
Elton John, The Beatles and Joe Cocker – I enjoyed listening to music from the Seattle grunge scene in my teens,
and now have found my home in Australian Country Music.

Lamitschka:  What drives
you?

Answer:  My prime motivator when it comes to my
music, is to make sure I
enjoy it. I started off playing in my
lounge room, for the pure joy of writing and enjoying the music. I want to make sure that stays true. The love I have for music, writing and
performing fills my soul – and I don’t want it to become hard work.  I’m fortunate to now be able to have the music
paying for itself, but I think it’s important to be able to appreciate what
music can do for your soul, not your bank account.

Lamitschka:  What’s
unique about you that will differentiate you from other artists?

Answer:  The biggest difference I’ve noticed, is that I don’t have a lot of
the historical grounding in country music. I didn’t grow up listening to it, and don’t really know some of the
heroes and standards that other Country Artists do. I think it means that I’m not trying to
replicate what a country artist “should” be like – I’m just me, and I think
that comes through in my music.

Lamitschka:  What has
been your greatest challenge in music business?

Answer:  The biggest challenge is getting people to
listen to your music. The world is so
busy, and we have such ready access to everything that’s ever been released,
that people don’t necessarily stop and take the time to listen to new
music.  They might like a post on
Facebook or Instagram, but often don’t go the next step of listening to the
songs you’re releasing. The days of
listening to, and appreciating how an album has been collated and the songs
flow into and complement each other appears to be gone. The one song they listen to, doesn’t mean
they’re going to take the time to check out your other material – the world
just spins too fast these days.

Lamitschka:  What moments
in your career stand out in your memory as highlights and achievements which you
are proud of?

Answer:  I’ve just come home from performing at Australia’s biggest country music
festival, the Tamworth Country Music Festival. It’s a 10 day extravaganza, featuring pretty much every sub-genre of
country music you could imagine. This year
was special, as I was invited to perform at 18 appearances over 7 days, and was
presented with an Australian Country Music People’s Choice Award, as well as
two Indie Country Music Australia Awards, all off the back of my last album
“Never Knew I Was Country”.

Lamitschka:  When you get
time off, how do you like to relax?

Answer:   I still like to think of music as being my
way to relax. Down time means sitting
behind the piano, or maybe outside with a guitar and a cold beer. That’s usually when I get a chance to relax,
and the new songs come out.

Lamitschka:  Do fans mob you everywhere you go or
do they respect your privacy?

Answer:  The
Australian Country Music scene is a special place – there is a massive sense of
community here, both among the artists, but also with the fans. They’re all a big part of the family, and are
the reason we get to do what we do. That
they want to take the time to say G’day, and let you know how much they
appreciate what you do is a very humbling thing, and I’ll always make time to
stop and have a chat.

Lamitschka:  Many music
fans today get their information about artists online. Do you have your own
website and what will fans find there?

Answer: You definitely need to have an online
presence. My website www.bennyallen.rocks has information on who I am, and what I’m doing, as well as links to
my songs, videos, up and coming news and of course lets people know where I’m
playing. The links to social media are
also connected through there – I think the social part of social media is
massively important – it gives you a chance to connect with, and engage with
fans all over the world.

Lamitschka:  What’s the
best compliment a fan has ever given you?

Answer:   When
I released “Day One of
Missing You”, for me, it was a break-up song. But the number of people who connected with it, because a partner had
recently passed away, really took me by surprise. These people reached out to thank me for the
song, as it had become part of their daily journey, as they recovered from
losing someone special to them. That
connection will stay with me forever.