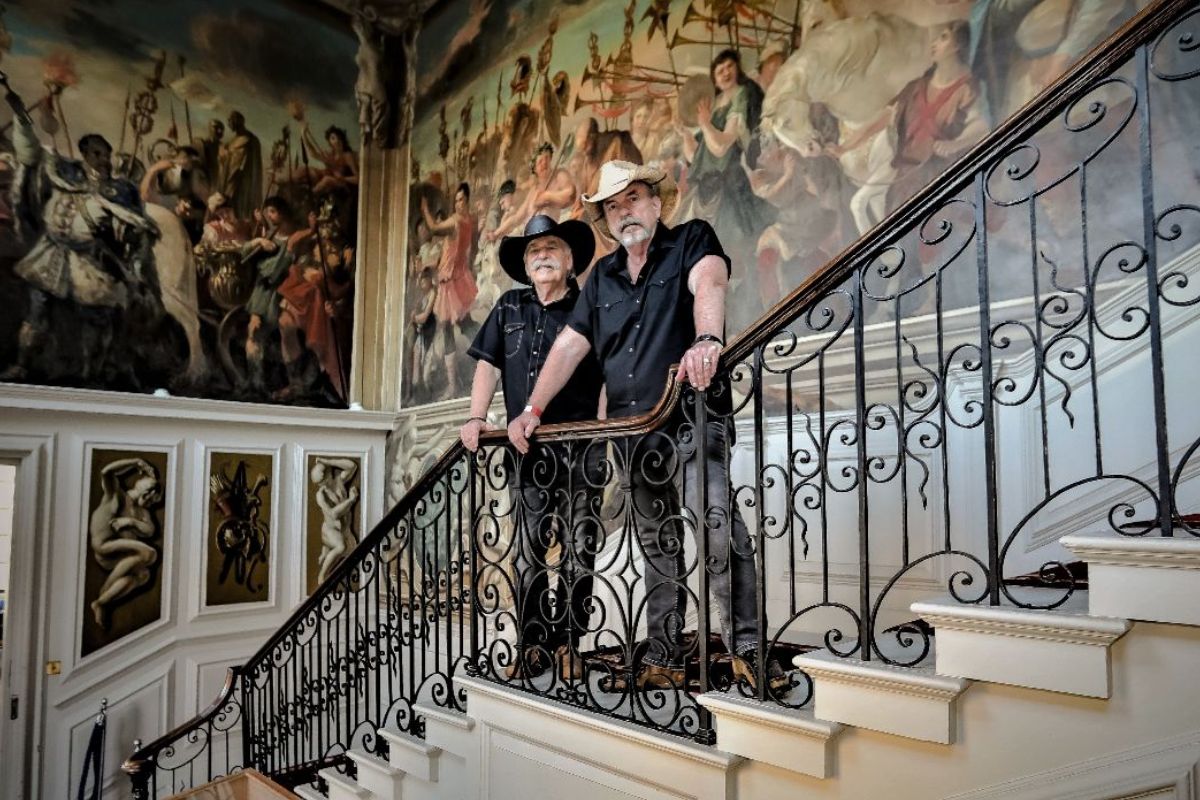 The Bellamy Brothers are back in the states after a whirlwind European
tour, visiting five countries in less than two weeks. Performing to
sold-out crowds, all while filming season 3 of their hit reality show,
“Honky Tonk Ranch,” the non-stop duo will return to Europe in October
for additional performances (full list of tour dates below).

An international symbol of country music (CMT.com / Samantha Stephens), cameras
were rolling for Season 3 of “Honky Tonk Ranch” as the brothers were
honored in Germany with Sign of Fame handprints, featured amongst world
leaders and celebrities, including the Dalai Lama and Arnold
Schwarzenegger.

The Bellamy Brothers performed in Belgium, Norway, Germany, Switzerland
and the historical Kimbolton Castle in the United Kingdom, where King
Henry Vll’s first wife, Catherine of Aragon lived until her death.

Earlier this year, the legendary duo wrapped up Blake Shelton’s “Friends
& Heroes 2019 Tour,” where they performed their hits to sold-out
arena crowds throughout the United States. During an episode of the
Bellamy Brothers’ “Honky Tonk Ranch,”
fans got a behind-the-scenes look at their life on the
road. International fans can stream previous and upcoming seasons of
“Honky Tonk Ranch” at www.RFDCC.com/BellamyBrothers.

Between filming season two of “Honky Tonk Ranch” and touring with Blake
Shelton, the Bellamys found time to record fourteen all-new tracks for
their album, Over The Moon. The
album was produced by David and Howard Bellamy along with Randy
Hiebert, and recorded at Bellamy Brothers Studio in Darby, Florida.