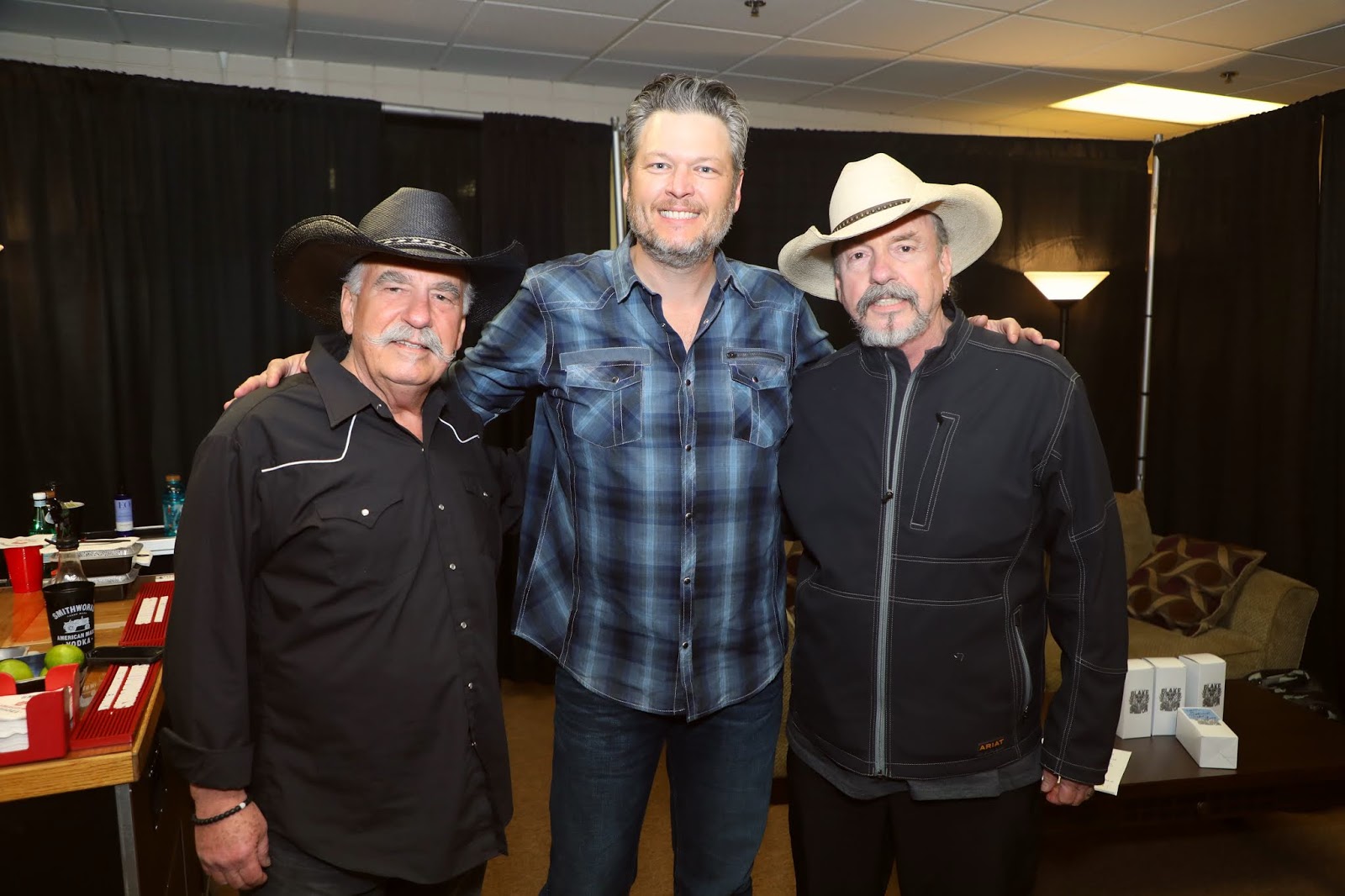 An international symbol of country music (CMT.com
/ Samantha Stephens), the Bellamy Brothers, announce their 2019
European tour dates as they wrap up the incredibly successful “Friends
& Heroes 2019 Tour” with Blake Shelton. Full list of dates below.

Throughout the 18-city arena tour, audiences roared into applause when
the iconic duo ascended onto stage by an elevator lift as they strummed
into their iconic hits “Let Your Love Flow” and “Redneck Girl” before
they joined Blake Shelton, Trace Adkins and John Anderson on stage to
perform “If I Said You Had A Beautiful Body (Would You Hold It Against
Me)” during a stripped down guitar pull.

Between filming season two of their hit reality series “Honky Tonk
Ranch,” and preparing for to hit the road with Blake Shelton,  Bellamy
Brothers’ found time to record fourteen all-new tracks for their album, Over The Moon. The
album was produced by David and Howard Bellamy along with Randy
Hiebert, and recorded at Bellamy Brothers Studio in Darby, Florida.

The first single released from Over The Moon, “If You Ever Leave,” landed national attention with a premiere of the song’s video on Billboard.

The nonstop duo is also celebrating the second season of their hit
reality show, “Honky Tonk Ranch,” airing Sunday nights on the The Cowboy
Channel (8:30ET/7:30CT). “Honky Tonk Ranch” remains the highest rated
show on The Cowboy Channel network as well as the most requested
streaming show through Rural Media Group in 66 countries through the
on-demand service of The Country Club, available worldwide at rfdcc.com/bellamybrothers.
Fans who purchase three months of RFD-TV’s The Country Club, at $10 a
month, receive a fourth month free by entering the code: HonkyTonk.

Sept. 01 “An Intimate Evening with The Bellamy Brothers Pop-up Concert” (Details to be announced July 01)

May 30 The Barnhill Center At Historic Simon Theatre – Brenham, Texas