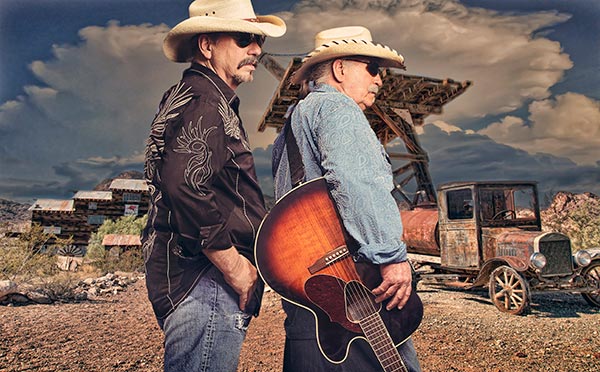 NASHVILLE, Tenn. – The
Bellamy Brothers will perform in South Africa, Namibia and Sri Lanka as
the international icons add dates to their current world tour. They
return to South Africa and Sri Lanka for the second visit during their
40+ year career. The tour, which is appropriately titled the “Let Your
Love Flow Tour” after their first worldwide hit, will take place over
the U.S. Thanksgiving holidays.

The
Bellamy Brothers are adding five stops which will include their first
concerts for the fans in Windhoek, Namibia as well as a visit to South
Africa for a show in Cape Town and two performances in Johannesburg. The
final tour stop will take them back to Colombo, Sri Lanka where they performed for the first time in 2014.

While
the duo continues to globe trek and wow audiences all around the world,
their hit song, “Let Your Love Flow” is being featured in movie
theaters all across America in Tom Cruise’s latest critically acclaimed
film, “American Made.”

In
2018, the duo is also gearing up for the release of their autobiography
“Let Your Love Flow – The Life and Times of The Bellamy Brothers.”

ABOUT THE BELLAMY BROTHERS:

Howard
and David continue to prove that the trail they’ve ridden to fame has
been as unique as their music itself—music that is now celebrating 40
years of success. The road that started on the pop music charts in the
‘70’s, took a winding turn into country music in the ‘80’s, paving the
way for duos to come, such as Brooks & Dunn, Montgomery Gentry, Big
& Rich, and The Judds. “If I Said You Had A Beautiful Body (Would
You Hold It Against Me),” originally scrawled on a dinner napkin by
David, rocketed them to the top of the country charts the way “Let Your
Love Flow,” had done in the pop market just a few years earlier. It
proved to be the first of a string of fourteen No. 1 singles in the U.S.
alone. They’re the only U.S. country music act who’ve toured in India,
Sri Lanka, New Caledonia and Qatar. The Bellamy Brothers hold the record
in both the Academy of Country Music (ACM) and the Country Music
Association Awards (CMA) for the most duo nominations. Numerous Grammy
nods have also been directed toward the brothers. For more information,
visit bellamybrothers.com.