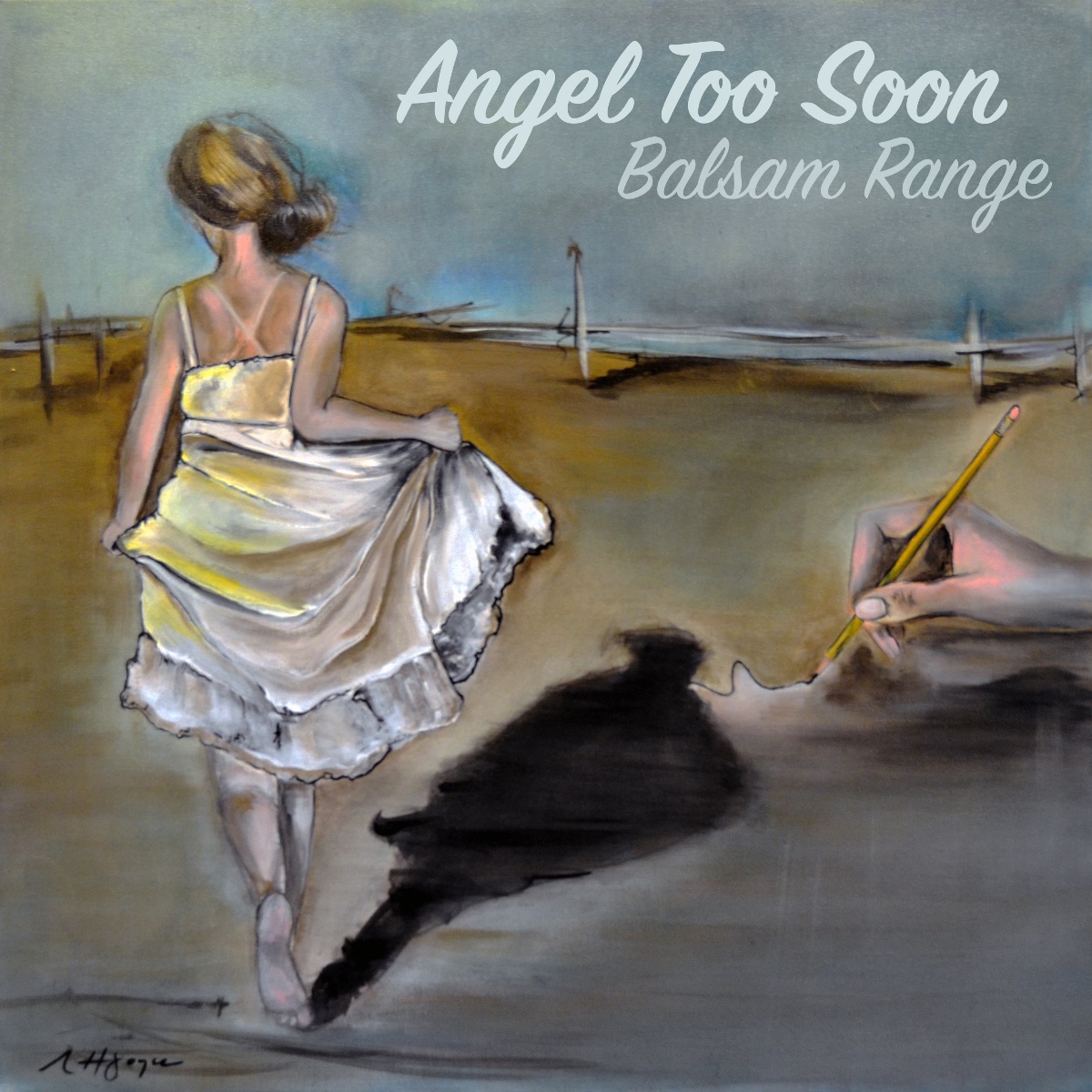 With a hauntingly restrained, delicately soulful performance, Balsam Range expresses the sorrow and regret felt after the death of a child in their latest single, “Angel Too Soon.”

The lyrics of the song, written by William M. Maddox and Paul Thorn,
tell of two parents’ trying to move on after the death of their
daughter and the void her loss created. Her room still looks the same
with “heart throb posters on the wall and a Barbie make-up case,” but
she’s “a pretty flower that never bloomed.”

“Angel Too Soon”
challenges listeners’ hearts with the hardest of subjects, but is
cathartic, relating that believing in life after death can bring relief.

Balsam Range vocalist and fiddler Buddy Melton remembers the first time he heard this song. “I was at Darren Nicholson’s house and we were listening to music in search of potential material for Balsam Range. When Darren played Paul’s version of this song, it hit me hard,” says Melton.
“Being a father of a young girl, I could not get home fast enough. It
was late and my daughter was in bed asleep. I went into her room and sat
on the edge of her bed and as I watched her sleeping and peacefully
dreaming, I thanked God for my blessings and prayed that he would help
me be the best father I could be. I prayed he would watch over her and
walk beside her every day. Life is unpredictable and all too often we
are faced with unexplainable circumstances, for life has no guarantees.
In time God’s plan is revealed.”

As this song can reach deep into listeners’ souls and touch calloused emotions, Melton hopes it will help open hearts and minds and lead people to view life as a gift though it is fragile.

Said legendary songwriter Kris Kristofferson when he first heard it, “‘Angel Too Soon’ is either the saddest pretty song or the prettiest sad song I ever heard,” and now Balsam Range’s glistening rendition will have listeners wondering which it is themselves.

Listen to “Angel Too Soon” HERE.

The 2018 International Bluegrass Music Association’s Entertainer of the
Year, Balsam Range, has become one of the genre’s most award-winning
acts. Since forming in 2007, the group has garnered 13 IBMA awards on
the heels of 8 critically-acclaimed albums. Balsam Range has left
audiences spellbound while headlining major festivals from
coast-to-coast, selling out venues across the nation and in multiple
appearances at the Grand Ole Opry. The band collaborated with the
Atlanta Pops Orchestra Ensemble to record 2 albums, the second of which,
Mountain Overture, debuted on the Billboard Bluegrass Chart at #5 and
the Classical Crossover Chart at #6. Their previous outing, Mountain
Voodoo, debuted at #4 on the Billboard Bluegrass Albums Chart and
remained on that chart for 45 weeks. Three singles from that album
reached #1 on the Bluegrass Today Chart, including “Blue Collar Dreams,”
which spent three consecutive months at the top. The band most recently
claimed the #1 radio chart spot with their single “The Girl Who
Invented The Wheel.” In addition to winning Entertainer of the Year,
Balsam Range vocalist Buddy Melton won IBMA’s Male Vocalist of the Year
and bass player Tim Surrett won IBMA’s Bass Player of the Year in 2018.