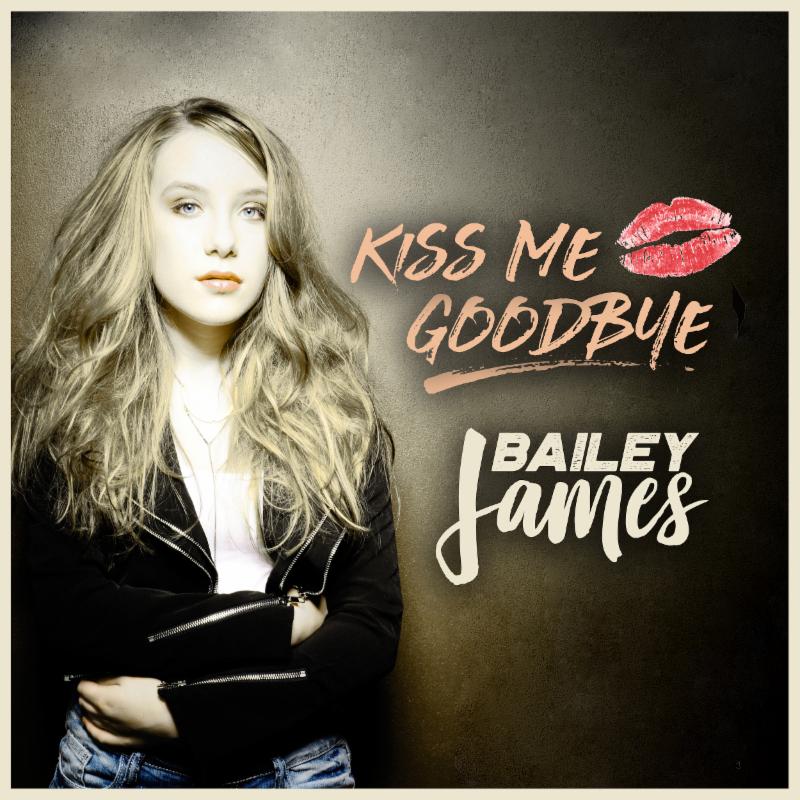 Written
by James, Shelby Lee Lowe and Jeanie McQuinn, this song was produced by
Jeffery Teague and is the first release off an upcoming project which
is slated to be released this year.  The tune’s sassy lyrics stretch
well beyond James’ years to resonate with women everywhere. A youthful
bliss floats through the melody and her powerful vocal range is clearly
displayed in this female anthem.

“I
knew I wanted to release this sort of ‘love song’ because it really
captures who I am now,” says the now 15-year-old. “I am growing up and I
want my music and my fans to grow with me.” James’ new single comes in
the middle of an eventful year for the young singer.  She began the year
working hard in the studio and participating in her first Country Radio
Seminar where she performed and did media interviews throughout the
three days. Now, with the release of Kiss Me Goodbye, she’s
looking forward to hearing what the fans think of it, the release of
the upcoming full-length project, numerous performance opportunities
already confirmed as well as kicking off a nationwide school tour along
as well as some radio stops this summer.

About Bailey James:  With
over 100k followers across her social media platforms, this rising
country artist is stamping her name in country music. Bailey James has
gained positive feedback from renowned music critic, Robert K. Oermann,
who said “I’ve liked everything she’s ever put out so far, and this
continues her winning ways…she’s a master chef as a singer…” She has
appeared and performed at the legendary Bluebird Café,the famous
Wildhorse Saloon, the home of the Grand Ole Opry radio station WSM-AM,
as well as multiple CMA Music Festivals.

Her
passion for music can be heard in her powerful live performances,
advanced songwriting, and a level of artistry that is well beyond her
years.  She has followed in the footsteps of country music icons, Rascal
Flatts and Charlie Daniels by joining The Jason Foundation as their
first national teen ambassador.  This foundation is dedicated to the
prevention of youth suicide by raising awareness through education and
empowerment.  By teaming up with the foundation, James has been able to
spread their mission to the forefront of her social media presence.  The
genuine love she has for music and helping others shines through and
promises to only grow stronger as this teen continues her musical
journey.