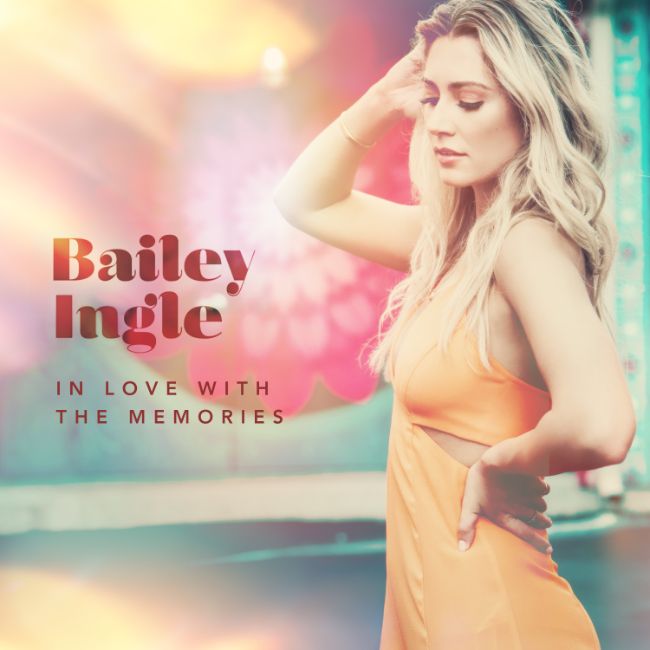 BAILEY INGLE RELEASES NOSTALGIC, HAUNTING VIDEO FOR “IN LOVE WITH THE MEMORIES”

“‘In
Love With the Memories’ is, what I would consider, the perfect anthem
for someone that feels like they’re caught in the middle,” Ingle told The Boot.
“For someone who knows they’ve fallen out of love, but is still
attached to the way they once felt and all of the memories they’ve
shared. We wanted the memories to almost be rushing through my mind as
if I’m reliving all of them in a dream. [Ryan] introduced me to the idea
and, I’ll admit, I was a bit curious as to how it would play out.
However, he brought all of my dreams to life, and I couldn’t be happier
with the end result!”

“What I’m really hoping the fans can take away from this song is that
it’s okay to reminisce, but don’t dwell on it. Letting go of something
that, at one point, felt so right, is hard… especially in the terms of
a relationship,” Ingle explained to Wide Open Country. “But
you have to realize you’re worth so much more and deserve so much more
than staying with someone for comfort or for the way they used to make you feel. Everyone deserves a fairytale ending and I hope this song can help them on their journey to finding theirs.”

“Growing up in Hoover, Alabama, becoming a musician didn’t seem that
realistic,” says Bailey Ingle. “The night I stepped onstage with Keith
Urban, though, I realized that I didn’t care how unrealistic it was
because it’s what I’m meant to do. I learned my true purpose on that
stage.”

Ingle’s breakout performance with Urban began a domino effect that would
eventually lead the young country star-in-the-making to the remarkable
moment she finds herself in today: nineteen years old, living in
Nashville, and standing on the precipice of releasing her captivating
debut single, “In Love With The Memories.” Recorded in Johnny Cash’s
studio with Widespread Panic’s Dave Schools at the helm with Gene
Chrisman (Aretha Franklin, Johnny Cash, Merle Haggard) and Dave Roe
(Gretchen Peters, Dan Auerbach, Sturgill Simpson), the track is
infectious and arresting, blending elements of modern pop and classic
country into a wistful, heartfelt, radio-ready gem. While the song
flirts with the playful candor of Kacey Musgraves and the soul-baring
sincerity of Ashley McBryde, it’s singular in its execution, revealing
Ingle to be a subtly sophisticated writer with keen insight that belies
her young age. She captures detailed scenes and characters drawn from
intimate personal experience, but she also taps into deep veins of
universal emotion as she grapples with the turbulence of heartbreak,
acceptance, and growth. It’s the music of self-discovery, the soundtrack
to a journey we all undertake in the hopes of someday understanding who
we are and why we’re here.

“Songwriting gives me a chance to be totally vulnerable,” says Ingle.
“With every song I write, I learn more about my true self as both an
artist and a human. Music is my way of figuring out who I am.”

Bailey Ingle may be just discovering herself, but with songwriting this
good, it won’t be long before the rest of the world follows suit.

Listen to Bailey Ingle on Spotify, Pandora and Apple Music.