BACKSTORY: DOLLY PARTON GIVES INSIDE LOOK AT ONE OF COUNTRY MUSIC’S MOST BELOVED AND ICONIC ARTISTS 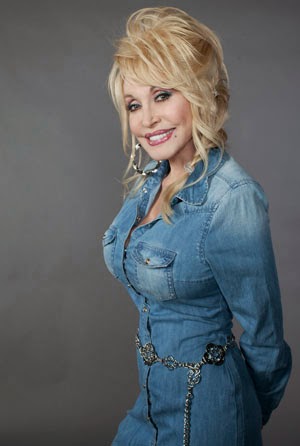 Nashville,
Tenn. (August 25, 2014) – Dolly Parton, who recently just wrapped up a
highly successful world tour, shows no signs of slowing down.  Dolly’s
latest release Blue Smoke – The Best Of  is Dolly’s best career
charting album, debuting at Number 6 and rising to Number 2 over the
past several weeks and still remains in the Top 10.

Great American Country’s Backstory: Dolly Parton celebrates
one of country music’s most beloved and iconic artists.  From her
impoverished childhood in the Smoky Mountains to the hallowed stage of
the Grand Ole Opry, Dolly Parton’s rise to fame reads like a Tennessee
fairytale. But music is only a part of Dolly’s extraordinary resume.
She’s a world-class actress, best-selling author, dedicated
philanthropist and a savvy businesswoman who’s been charting her own
course for decades. Tune-In to GAC and catch an insider’s look at the
life and times of the most awarded female in country music.

Air dates for this one-hour special are:

About Dolly Parton:
Dolly has achieved 25 RIAA certified gold, platinum and
multi-platinum awards, she has had 25 songs reach number 1 on the
Billboard Country charts, a record for a female artist.  She has 42
career top 10 country albums, a record for any artist, and she has 110
career charted singles over the past 40 years.  All-inclusive sales of
singles, albums, hits collections, paid digital downloads and
compilation usage during her Hall of Fame career have topped a
staggering 100 million records worldwide. She has garnered 7 Grammy
Awards, 10 Country Music Association Awards, 5 Academy of Country Music
Awards, 3 American Music Awards and is one of only five female artists
to win the Country Music Association’s Entertainer of the Year Award.