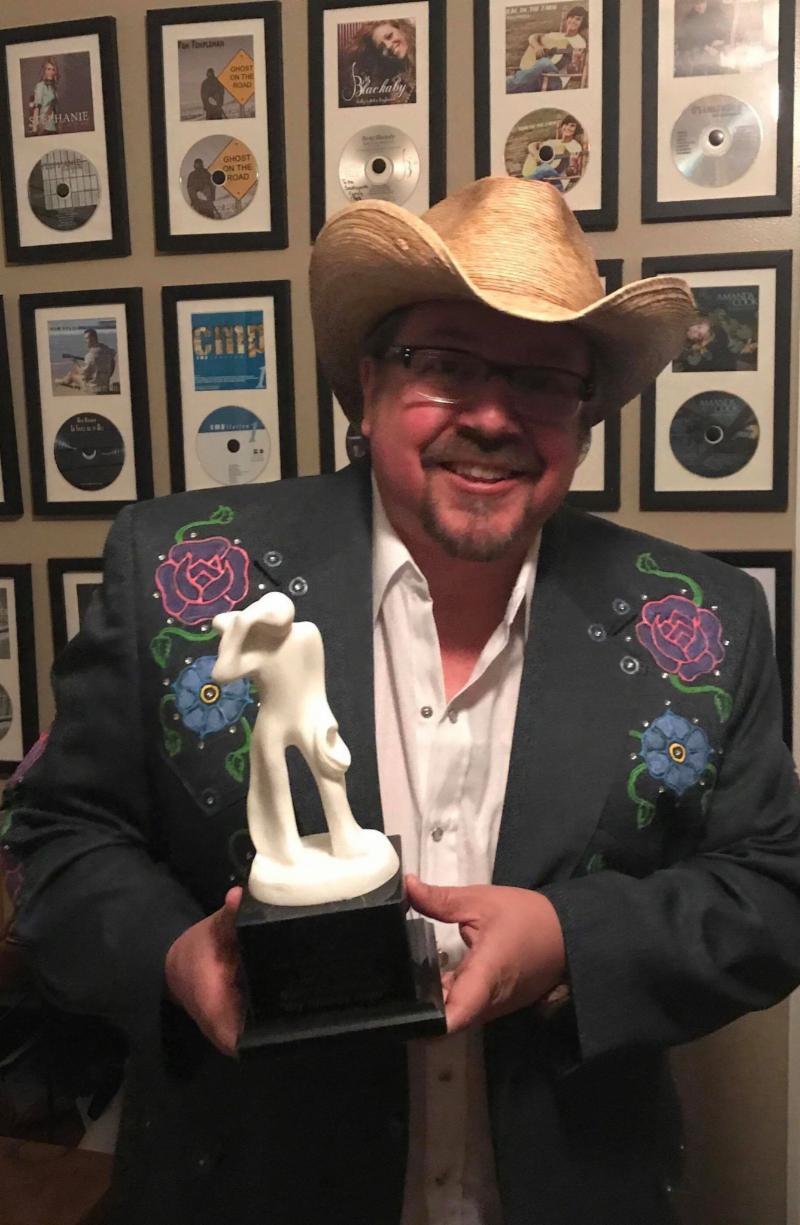 ‘Scott Southworth Owns
Traditional Country’…..that is a bold headline from Country Thang
Daily boasting on the singer/songwriter’s talents just two weeks before
the release of Southworth’s next single off of his acclaimed “Hey
Hillbilly Singer” album.

Scott Southworth is the sole songwriter on the new single titled,
“Wish I Was Here.” The music and lyrics set up an island paradise, but
Southworth’s yearning twang reveals a heart left behind with the love of
his life.

The pure country song is available for pre-downloads on CD Baby.
MP3s and CD copies are available upon requests. Scott Southworth is also
currently scheduling interviews for the new release. Please contact
Jennifer Herron at jenniherron@hotmail.com with your requests.

Meanwhile, Southworth is heading to the Gulf Coast for an
accompanying video shoot at the end of the month. The new video will be
out to fans in May 2019.

“Wish I Was Here” is one of eleven tracks on Scott Southworth’s
“Hey Hillbilly Singer” album, which was named the Academy of Western
Artists Pure Country Album of the Year, as well as the North American
Country Music Association International (NACMAI) Adult Country Album
Horizon Award winner.

As the Country Thang Daily review points out, “He (Scott
Southworth) isn’t afraid to step out of the box and create something
that resonates both because of its familiarity and its innovative charm.
Overall, this could be one of the best examples of how people ought to
be making country albums all year.” Fans can read all about it at the
following link:

Country Music People Magazine’s pick for Indie Songwriter of the Year is also featured on interviews with Eric Dahl’s Gear Gab on acmeradiolive.com and alongside Brent Adams on

To keep up with Scott Southworth’s latest news, visit www.scottsouthworth.com or follow Scott at www.facebook.com/scottsouthworthmusic

His
2018 release, “Hey Hillbilly Singer!” received rave reviews from Music
Row Magazine, Country Music People Magazine and Saving Country Music.
The album ranked in the top ten downloads on Airplay Direct in only a
week’s time going on to win the AWA Pure Country Album of the Year and
the NACMAI Adult Country Album Horizon Award.

Southworth
performs regularly in Nashville at the Bluebird Cafe, Douglas Corner
and the Commodore Grille as well as house concerts and many songwriting
festivals around the country and overseas. Scott has been a featured
performer on RFD TV’s nationally televised “Market Day Report”, the
nationally syndicated “Chico & B-Man” Television Show and has been a
featured artist on WSM Radio’s “Nashville Today w/Devon O Day” and “The
Allnighter” with Marcia Campbell, Knoxville’s “The Writers Block”,
several performances on WDVX’s “Blue Plate Special” and “Tennessee
Shines” as well as many other local TV and Radio programs across the
US. Most recently, Scott Southworth has headlined country music festivals in France, Norway, and Germany.

Scott is proud to be a Larrivee Guitar and Schertler Pickups endorsed artist.