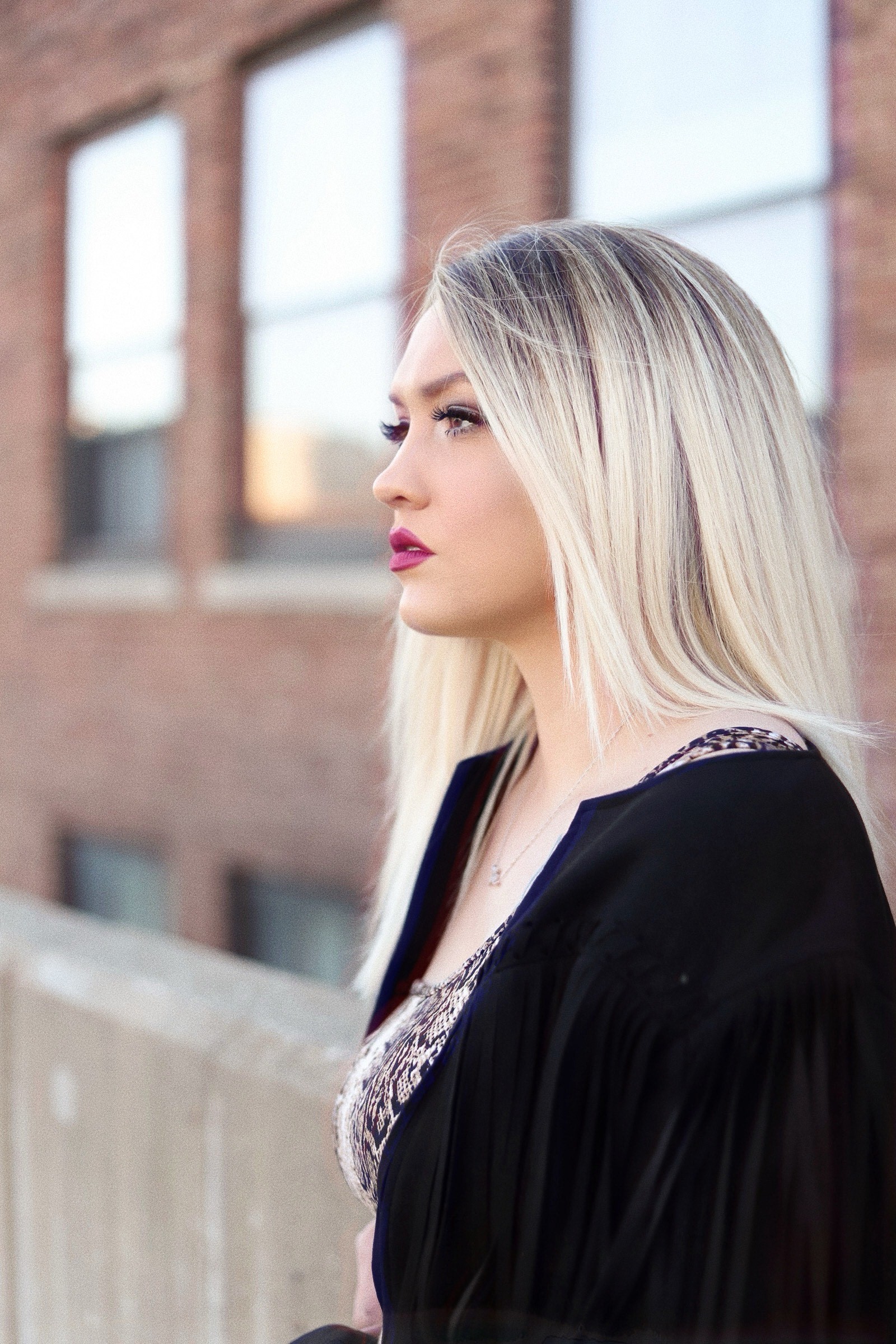 Ava Rowland grew up in the church, performing hymns and nurturing a faith that she continues to hold on to this day. Inspired by the faithful souls of country music greats such as Dolly Parton, Lauren Alaina and Gabby Barrett, Rowland considered becoming a Christian artist, but later decided that the country music genre would allow her to reach more people with her message. Soon, she found herself on the stage everywhere from Nashville’s legendary Bluebird Café and Puckett’s to CMA Fest in 2019 along with festivals all across the Midwest.

Savina: Tell us about your single “He’s Like a Habit”, what is the story behind it?

Ava: It’s actually a funny story. My friend and I were sitting in my room and she was going through a breakup. She said to me ” You know, I don’t even think I like him anymore. He’s just like a habit. I’m just used to him.” I was like ” Girl, you just gave me a song.” I took the phrase “He’s Like A Habit” down to Nashville and co- wrote the song with Britton Cameron. The friend that inspired this song was in the music video! Y’all can check out the video on my youtube channel.

Savina: Who inspires you musically and how deep do your musical roots run?

Ava: I come from a very musical family. All of my Uncles and Grandfathers play guitar and sing. My Mom And Dad were worship leaders when I was little. So, growing up I was always around music. For every holiday the family would get together with their guitars in the living room and sing for hours. I guess you could say each and every person in my family has inspired me.

Savina: When and how did you start playing the guitar?

Ava:  I started playing the guitar when I was about thirteen, but didn’t take it seriously until my Senior year of high school. My Grandfather and Uncle taught me so much about playing the guitar. I did take some guitar lessons for a short time. For the most part, I’ve taught myself.

Savina: Please tell us about the songs on your album (influences, etc).

Ava: My EP is titled Polaroid Picture. I co-wrote all 7 of the songs. Some of the songs are from personal experiences such as the songs Exit Sign and Something To Say.  Exit Sign came from a really hard time in my life. I was in a bad relationship. Mentally, physically, emotionally and spiritually. All around it was not good and being in the relationship, I knew that it wasn’t right, but I was so beaten down that I couldn’t find a way out. It was like I could see an exit sign, I just couldn’t get to it. With the help of my friends, family, and God I finally got out of it. Yes, this is a sad song, but it’s more of an empowering song. The song Something To Say is about a guy that was in my life a short time, but he wasn’t very respectful. In the middle of writing this song I realized this isn’t just my song. It’s a song about respect and we all deserve to be loved and respected. You were bought at a high price. Don’t forget it

Savina: Your current single is being played by radio. What do you feel is special about this song that makes people want to hear it?

Ava: My current single is called ” Mama’s Favorite Song.” This song is different from the songs I’ve released before. I didn’t write this one. A gentleman named Stan Ward from Oklahoma wrote this song about his Mother who passed away. She loved the hynm “Amazing Grace” and that’s what “Mama’s Favorite Song” is all about. I had many conversations with Stan on the phone just learning about his Mother, the kind of person she was, and her love for Christ. During the recording process, Stan passed away to be with his Mother in Heaven. One of his biggest dreams was to get his music heard by the world and I just feel so honored that I’m able to do that for him.

Savina: What will your next single be?

Ava: My next single will be “Run Like Hell.” I wrote this about a year ago with Britton Cameron. The song is about wanting a guy, but everyone around you is telling you “If you were smart you would run from the relationship.” The single will be released April 16, 2021.

Savina: Do you have any interesting stories about how fans have been affected by your music?

Ava: I was performing my song “Exit Sign” at a small venue in Leipers Fork, Tennessee. A mom and her two teenage daughters were there watching and after I got done performing the mom came up to me crying and saying ” My daughters needed to hear this song. ”

Savina: What moments in your career stand out in your memory as highlights and achievements which you are proud of?

Ava: I feel blessed with all the opportunities God has given me. In 2019 I got to perform at the CMA Fest in Nashville. It was so crazy because I walked in the doorway that the artists walked through and right behind me was Cassadee Pope and Raelynn. I was in the Green Room waiting for my time to perform and do interviews and here comes Randy Travis. I felt extremely blessed and honored to be in the same room as so many other incredible artists! Some artists that I’ve opened for are Montgomery Gentry, John Michael Montgomery, Allie Colleen, Drake White, Emily Hackett, and Neal McCoy.

Savina: When you get time off, how do you like to relax?

Ava: When I’m not working on music, I like to work out, shop, and watch my favorite TV shows. My top 3 favorite shows are: Friends, ICarly, and That 70’s Show. My all time favorite store to shop at is Altar’d State. I also love to read my Bible and journal. My favorite scripture is Mark 16:15.

Savina: What message would you like to send your European fans?