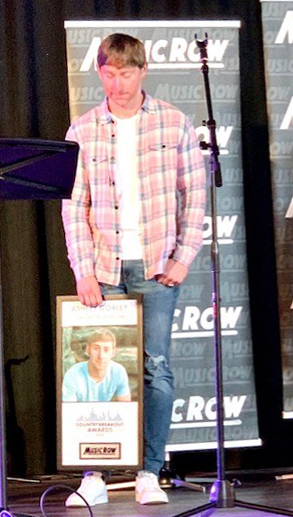 Ashley Gorley hits 50th No. 1 – The only songwriter in any genre with 50 Airplay No. 1s – by Preshias Harris for Country Music News International Magazine & Radio Show

The only songwriter in any genre with
50 Airplay No. 1s

Hitmaker and songwriting powerhouse Ashley
Gorley set a new record August 3 as he notches his 50th No.1 song at Country
radio with LOCASH’S Mediabase chart topper, “One Big Country Song.”
Gorley isn’t just the first songwriter in the Country format to achieve this
feat, but it stamps him as the only songwriter of any genre to earn 50 No.1s in
the history of the Mediabase and Billboard Airplay charts.

Gorley wrote “One Big Country Song” with
fellow hitmakers Jesse Frasure and Hardy. The song follows Gorley’s 49th No. 1,
“Hard to Forget,” recorded by Sam Hunt. Gorley’s first No. 1 was “Don’t Forget
to Remember Me” for Carrie Underwood. in 2006. Scroll down for a full list of
all 50 of Gorley’s chart-toppers. 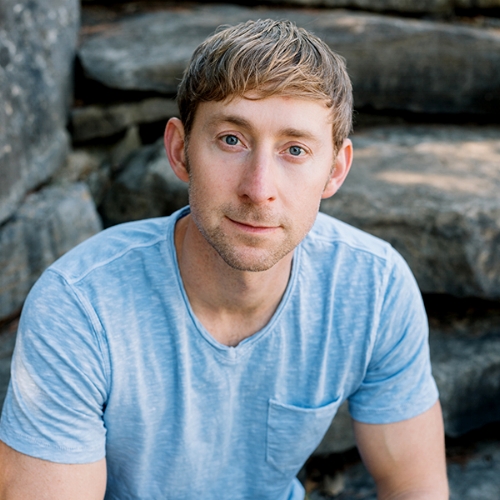 “Thank you, Ashley Gorley, for my
delight at being able to watch you write your way into global music history. It
makes me extremely proud of my Kentucky connection, along with our shared love
of Kentucky Wildcats basketball. Now let’s get Ashley nominated for the
Kentucky Music Hall of Fame! This would be a wonderful boost for our Kentucky
Music legacy. Danville, Kentucky, native Ashley needs to be alongside the
Everly Brothers, The Judds, Dwight Yoakum, The Kentucky Headhunters, Exile,
Steve Wariner and the rest of our history of Kentucky Music inductees.”– Preshias Harris

“I love what I do,” shares Gorley. “I love writing
songs – the challenge, the process, and the way that each day brings something
different. 50 No.1s is an achievement I’m proud of and grateful for, but I’m
even more grateful for the friendships these 50 No. 1s have granted me;
friendships with the artists that have given these songs life and success, my
co-writers who motivate me to dig deeper each day, and mentors and early
believers who continue to cheer me on. I stay inspired by my Tape Room family
who I try to provide with those same beliefs, friendships, and mentorships.
Thank you to everyone who made this possible, especially the radio teams who
work tirelessly for these songs to be heard.”

The “ace songwriter” (Billboard) known for
hits recorded by Carrie Underwood, Luke Bryan, Sam Hunt and Thomas Rhett
“cemented his place among country music’s greats” (American Songwriter) many
times over with accolades underscoring him as the most decorated songwriter of
his generation; including being named four-time Billboard Country Songwriter of
the Year, three-time NSAI Songwriter of the Year, eight-time ACM Songwriter of
the Year nominee, and securing three CMA Awards and two Grammy nominations.

Hailed by People Magazine as “Nashville’s
king of No. 1s,” Gorley has been shattering records set by his peers for years.
He’s the reigning ASCAP Songwriter of the Year – a title he’s earned a record
seven times, and he has earned 15 CMA Triple Play trophies (an award honoring
songwriters who pen three No.1 songs in a 12-month period) including
consecutive years of ‘Triple-Triples’ for nine No.1 songs in both 2018 and
2019.

“In a year where everyone was reminded of
the greatness of Michael Jordan, I’m glad we have a moment to appreciate the
songwriting community’s own Michael Jordan, Ashley Gorley,” said frequent
collaborator and friend Josh Osborne. “50 No. 1s is unbelievable.  Ashley has the same drive and creativity that
he had when I met him as a college student at Belmont.  I don’t want to say too many nice things
right now because I need to save something for when he has 60 No.1s.  I’ll just say I’m very glad I get to work
with him and call him a friend.”

“Congratulations on 50 No.1s – it’s hard to
even wrap your head around that. What an accomplishment,” shared country
superstar Luke Bryan via video message to Gorley when the news broke. “So glad
to be a part of some of those with you, and so glad to have written some of
them with you. Congrats buddy!”

Gorley was raised in rural Kentucky before
moving to Nashville to attend Belmont University where he graduated with a
music business degree in 1999. Over the next decade, the “songwriting machine”
(The Tennessean) found great success as a staff songwriter while never letting
go of what brought him here in the first place: the business of music publishing.
In 2011, Gorley launched Tape Room Music – a company whose name pays homage to
his internships in the tape rooms of various publishing companies, where he
learned to respect the process of a song from creation to recording.

Gorley and his lean staff of two (GM Blain
Rhodes, VP Kelly Bolton) guide their roster of 11 writers in a personalized and
hands-on approach, resulting in 21 Number Ones at Country radio and major cuts
by Pop artists like Justin Timberlake, Meek Mill and Charlie Puth. His goal in
creating Tape Room Music was to provide a mentor-led structure for his writers
and artists. To attest to that approach, the girl group Avenue Beat even
nicknamed their writing, publishing and label partner, “coach.”

“Ashley Gorley drives me insane,” joked
fellow writer and long-time friend Jesse Frasure. “Mainly because of how
difficult it is to be such good friends with a songwriter that is so prolific
and hard working on a regular basis. For Ashley, writing a great song is just the
start of the hard work.  On top of that,
the passion for his family and faith equally matches his career.  I’m very grateful to have him in my life as a
collaborator, but his friendship in this business is truly priceless to
me.  Congratulations on 50 number ones
Ashley.  You are one of the greatest
American songwriters of any genre.”

Gorley celebrates this No.1 with publisher
Round Hill Music, founded by Joshua Gruss.