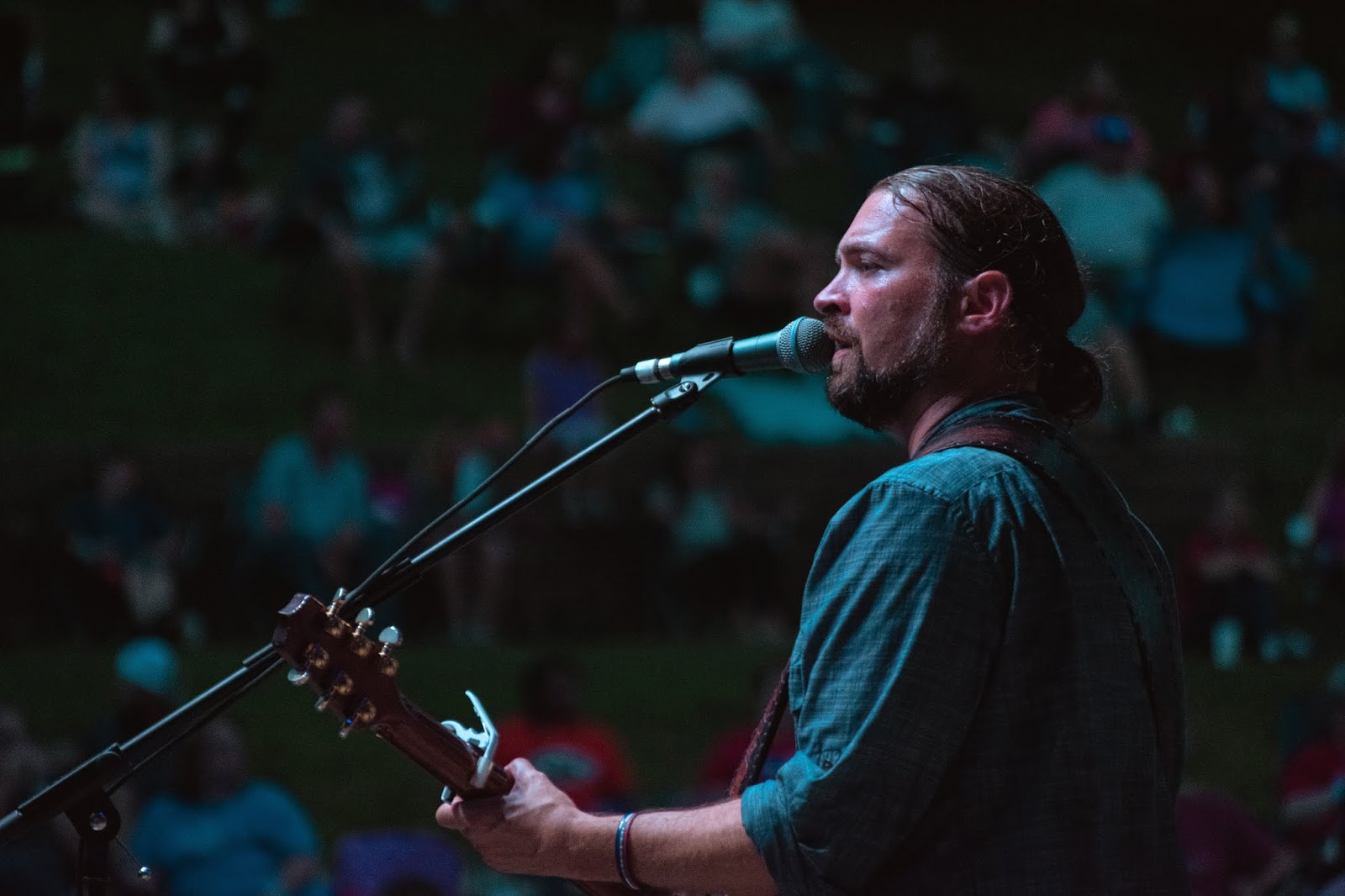 Answer:
My latest CD is titled Myna Bird. It will be released on April 3, 2020.
It will be the first solo album I’ve released in 10 years! I’ve been
working on it for the last 5 years and before that, I was in a duo
called Brasher/Bogue. We did some pretty successful touring, starting
with Kenny Chesney’s “Going Coastal” Tour in 2011, recorded some great
albums and had some radio play for a few of our songs. I decided in 2015
to step away from the group and focus on my solo artist ambitions
again.

This album was a great opportunity for me, as I got to work
with some incredible musicians and producers; legends in the industry.
We recorded the album at the renowned Blackbird Studios in Nashville,
TN. It was an amazing environment to record in and a dream come true. At
a party in Nashville, an artist friend of mine had asked me where I was
recording my album. When I responded, “Blackbird”, he replied, “Oh! THE
studio!”.

I’m excited to see what the album does when it is
released. The videos and tracks we have released as singles are getting a
lot of reaction already.

Answer:
Myna Bird, the album, is titled after the song Myna Bird from this
album. It was the first song I selected for this project and really was
the impetus for the album being recorded. There’s a running “bird” theme
in my career. I don’t know that it was conscious at first, but I think I
relate to birds because they are song-smiths. When I was little, maybe 6
or 7 years old, I would ride with my mother and sisters into town to
get groceries. My mom took to calling me a “little myna bird” because of
my ability to repeat lyrics from songs I’d heard. If I heard a song for
the first time on the way into town, I’d be singing it word for word by
the ride home. I held on to that comparison for years and the
similarities between a myna bird and a songwriter really seemed to fit.
It’s a good comparison, but there’s a little sadness that comes with it
as well. I touched on that in the song; Whether out of duty or
necessity, the myna bird and the songwriter sometimes wind up repeating
the words or tunes of others when they really just want to express
themselves.

Lamitschka:  Do you write the songs yourself? If not, how do you go about finding the songs for
your CD?

Answer:
I write the songs myself. I’ve always loved lyrics and stories. When I
write, I usually start with the lyric. Usually, a phrase or idea will
come to me and I’ll start to roll it around inside my head, crafting and
editing as I go. A lot of times it can be like a broken record
repeating in my head. I keep at it until I find a place to go with it. I
usually have a song half written in my before I even pick up an
instrument and work on chords.

Sometimes I’m inspired by
events in my life; experiences I’ve had or witnessed or heard of.
Sometimes I just let my imagination go and create new life.

Answer:
My father loves music. Growing up, I would listen to what he was
listening to. He loved story songs and songwriters the best. We would
talk about how clever a lyric was, how great the story was, or the hook
or the chorus. I found my love of songs and songwriting through my
father. I wrote my first song when I was 10 years old. I wanted to be as
good as the songwriters he introduced me too. (Guy Clark is at the top
of that list!) I think I’ve always tried to impress my father with my
writing too.

Answer:
I received a message from a guy about a song I had written. I did not
know the man. He just reached out and wanted to say how much he
appreciated what I did and thanked me for writing the song. The song was
“By God”. I had written it with Dustin Bogue, back when we were
performing as Brasher/Bogue.

The man said that “By God”
was he and his son’s favorite song. They bonded over it. His son loved
the song as much as he did. His son was a soldier and introduced the
song to the other men in his unit. It became their theme song.

The
man went on to tell me how his son had just been killed in combat over
seas. I couldn’t keep from crying as I read the message. (Tears well up
now, as I remember) The man had just lost his son, but felt compelled to
reach out to me and thank me for their song.

I expressed my
sympathy to the man and my gratitude for his son’s service. I really
felt that my contribution of a song was minuscule compared to the
enormity of the man’s loss. But he helped me understand by saying that
the song now helped him feel connected to his son and always would.

Answer:
My love for music drives me to keep playing, writing and recording. I’m
also very self critical of my work, so I’m driven to keep trying to get
better. I’m compelled to make music and I strive to exceed my own
expectations. I also want to be respected and validated by my peers.
There was a time when making money from music was more important to me.
And it still is, as far as from the standpoint that it is my job and
only means of income. But, I know that I would still endeavor to create
music regardless of financial gain or loss. I just have to do it. I feel
like I was born to do this. And, I’m continually rewarded for my
efforts in ways that can’t be counted in currency; The way it makes me
feel and witnessing my music enriching the lives of others.

Lamitschka:  Your current single is being played by radio. What do you feel is special about this
song that makes people want to hear it?

Answer:
My current single, “If She Loves” is an homage to strong, passionate
women. Initially, it was written for my girlfriend, Tamarra. But, we
both noticed how countless fans have adopted this song as their own. I
think it’s relatable. I think we all know someone that this song reminds
us of. It honors the beauty, strength, tenacity and devotion of women.
Not just some, but all.

Lamitschka:  Fans are always hungry for good road stories. Do you have one you can share with us
(come on don’t be shy)?

Answer:
Ok. I do have some good road stories to tell. My favorite I refer to as
my “epic rock star day”. It involves cars, a bus, a wedding, a plane
and a helicopter.

I was given the opportunity to open a show
for Kid Rock in Marion, Illinois. I remember getting the call, being so
excited and saying “YES!” immediately. The only problem was the
logistics. The show was to be at 7PM Sept. 20, 2014. Unfortunately, I
had two engagements booked for that day already and I wouldn’t accept
canceling those in order to do the Kid Rock show. So, I had to figure
out how to make all three work. My band was scheduled to play a
corporate function at noon that day and I was to play solo acoustic at a
friend’s wedding at 5PM. Both of those were to take place in Kentucky,
about 2.5 hours away from the Kid Rock concert location. There would
only be an hour between my last engagement in Kentucky and the start of
the Kid Rock event in Illinois.

Commercial flights were not
an option, but I had a friend, Bob Bradley who had a plane and was a
huge Kid Rock fan. He was in Florida at the time of my call, but said
he’d be glad to fly up and help.

Together with
Brasher/Bogue co-founder, Dustin Bogue, we devised that we could send
half the band, Dustin, Chris Sogard (the drummer), and Mudbone(lead
guitar) with our tour bus up to Illinois to load in for the Kid Rock
concert. Keeping our bassist, John Adkisson, with me, I then hired a
drummer and guitarist to play the corporate function in Kentucky with
me. Immediately after the performance, I jumped in a car with my bassist
and was taken to the church to perform for my friend’s wedding. As soon
as the wedding performance was over, I left my guitar with a friend(the
guitars I would need for the Kid Rock show would already be there when I
arrived and I wouldn’t be able to take this guitar on the plane) and we
took a car to the local airport to meet Bob and board his plane. About
40 minutes later, we were touching down in Marion, Illinois. The traffic
in Marion was terrible due to the concert, but the promoters had sent a
helicopter to pick us up at the airport. My bassist and I jumped in the
helicopter which took us to the concert and landed us right back stage.
I had just a few minutes to down a beer, get to the stage, tune my
guitar and go on! We performed in front of 20,000 people that night. It
stands out as one of the coolest days ever!

Lamitschka:  Many music fans today get their information about artists online. Do you have your
own website and what will fans find there?

Answer:
My online presence is as important to me as my live shows. It’s a way I
can connect with my fans and keep them up to date on tours, merch, and
news no matter where they may be.

You can also find my live stream concerts online.

Check us out to learn more!