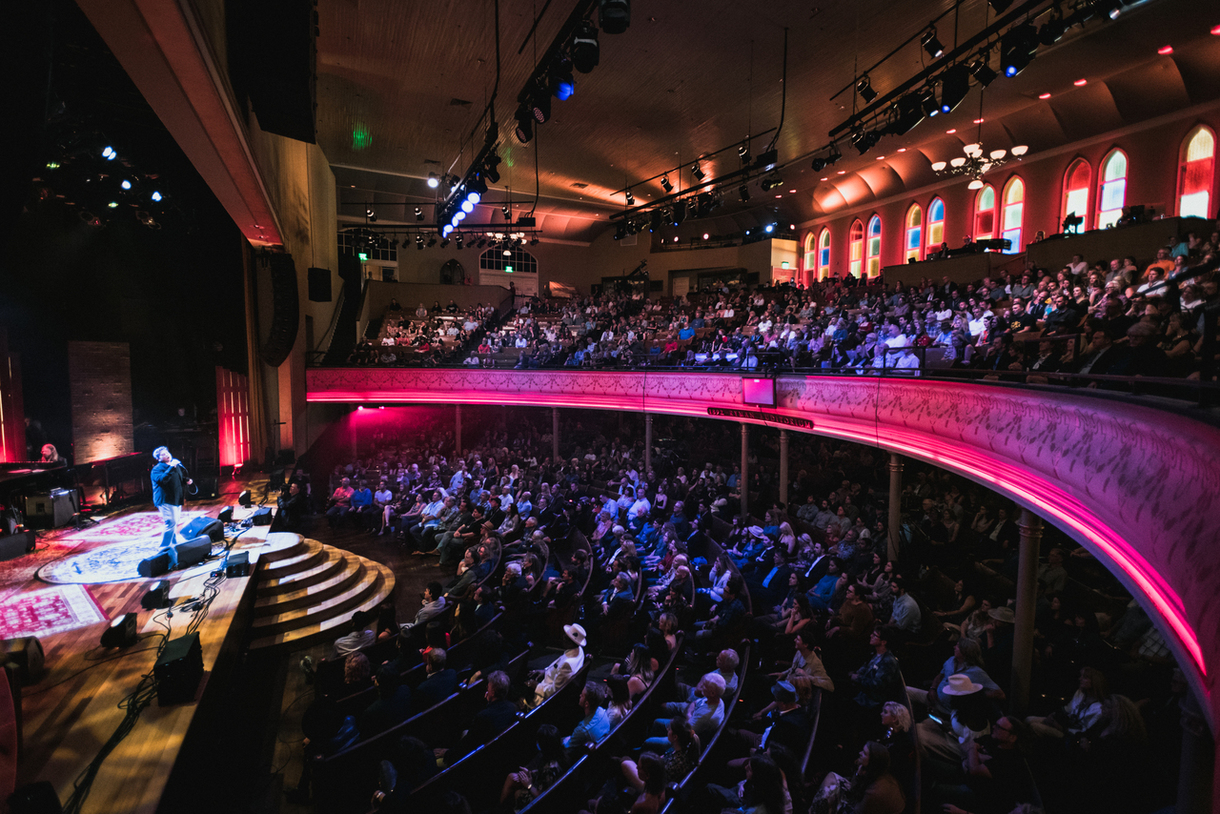 The Americana Music Association®’s annual AMERICANAFEST®: The Americana Music Festival & Conference brought in an estimated aggregate attendance of more than 50,000 from around the world during its 19th annual run on September 11-16. The association has also announced the dates for its 20th event, taking place Sept. 10-15, 2019.

“It’s been both truly inspiring and humbling to watch this community grow,” said Jed Hilly, Executive Director of the Americana Music Association. “AMERICANAFEST has always felt like one big family reunion, and I’m grateful that this event has once again provided a musical common ground for attendees to connect on over the course of the week.”

The six-day gathering commenced with events that set the tone for many walks of life to come together for the love of music. These included a special interactive performance led by Choir! Choir! Choir! in which audience members sang along with Brandi Carlile at the Union Station Nashville Hotel, followed by a powerful keynote interview with k.d. lang and NPR Music critic Ann Powers at The Westin Nashville.

The 17th annual Americana Honors & Awards served as the association’s hallmark event that week, celebrating distinguished musicians of the community with coveted awards while presenting show-stopping performances at the historic Ryman Auditorium. Hosted by The Milk Carton Kids for the first time, the widely acclaimed program has been digitally re-mastered for broadcast and is scheduled to air November 28 on CMT, and in February 2019 on PBS via Austin City Limits.

“We were so honored to host the awards [show] and we learned so much from the experience,” said Joey Ryan of The Milk Carton Kids. “There was laughter, there was reverence, politics, collaboration, even a little controversy, all of which was welcome.”

Since the inaugural AMERICANAFEST in 2000, daytime conference panels have provided a first-rate educational forum to discuss varying cultural and industry-related topics among top professionals and artists of the Americana music community. This year, from a MOJO Magazine sit-down interview with Emmylou Harris and Margo Price to an intimate conversation with Carlile and Dave Cobb, there was no shortage of musical insight, inspiration and engaging discussion in front of attendees.

Standout conference sessions at The Westin Nashville included a conversation between Mary Gauthier and Randy Lewis (The L.A. Times) on her critically acclaimed “Rifles & Rosary Beads” LP; “Minds in Motion,” a spotlight on African American music innovators moderated by Jewly Hight alongside panelists Jason Eskridge, Kim Franklin (The Suffers) as well as The War and Treaty’s Michael Trotter, Jr. and Tanya Trotter; and, “Deportees, Woody Guthrie and Immigration Today” with Alejandro Escovedo, Mark Fernandez (Loyola University), Radney Foster and Will Hoge, moderated by the Woody Guthrie Center’s Deana McCloud. In an ongoing partnership with the Country Music Hall of Fame® and Museum, AMERICANAFEST also presented quality programming at the renowned museum featuring an interview with Robert Earl Keen, a musician’s spotlight session with Jerry Pentecost and much more.

Separately ticketed shows bookended the music-filled week with respective concerts by Old Crow Medicine Show and k.d. lang at the Ryman Auditorium, and Harris’ dog-rescue “Woofstock” benefit at the Ascend Amphitheater with many special guests ranging from Jerry Douglas and Price to John Paul White.

For the third year, the association’s event continued its outreach with the grassroots “Edge of AMERICANAFEST” campaign highlighting the East Nashville community supporting, and supported by, 22 local retailers (with nine new retailer partnerships added to the initiative) that offered discounts to event attendees.

AMERICANAFEST 2018 was a national and international affair, with 89 percent of Conference Registrants attending from 42 states and 11 percent flying in from 15 countries outside of the U.S., including Australia, Canada, Denmark, France, Germany, New Zealand, Spain, Sweden, the U.K. and more.