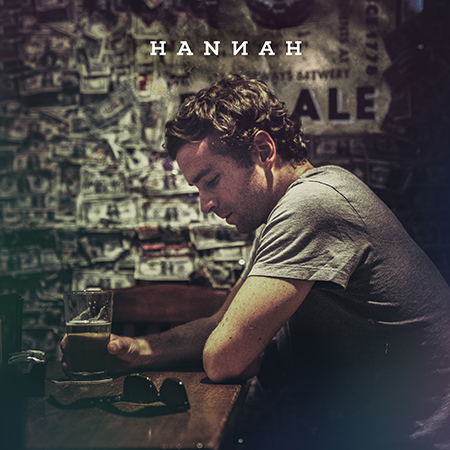 Nashville-based singer/songwriter Tom Mackell
hails from Philadelphia and debuts a unique sound resembling a cross
between outlaw country and Americana. Today, he releases his latest
single “Hannah” – the first single from a forthcoming E.P. slated for early 2019. The single can be streamed or downloaded here.

“I’m in trouble with the law man, and broke as hell,” Mackell reveals
after only one chord has been strummed on his new single “Hannah.”
Fusing elements of classic Americana and outlaw country revival with
youthful sincerity, “Hannah” explores an old country adage through the
lens of a millennial songwriter.

“Without going too far into it, I had recently gotten into trouble and I
was pretty pissed at myself for what had happened. I just got this
feeling that things would be rough for a while.” These events led
Mackell, along with co-writer Dylan Sheppard, to craft the central
narrative in Hannah, in which the protagonist seeks the attention of a
female interest one last time before an eventual arrest. “He’s broke,
wasted and desperate for change. ‘Hannah’ is pretty much the only person
who can save him.”

Despite the challenges that inspired the song, Mackell has managed to
turn 2018 into a banner year musically, crafting a new album on which
“Hannah” will appear, in addition to touring with 90’s stalwart Sister
Hazel and securing forthcoming dates with “The Voice” alum Tony Lucca. Keep up with all of Tom’s tour dates at www.tommackell.com and follow Tom on Facebook and Instagram.

Born and raised in Philadelphia, Tom Mackell might
surprise listeners with the Southern influences evident in his Americana
music. After spending several years in the inspiring low country of
Charleston, he relocated to Nashville to continue his pursuit of a
unique voice that juxtaposes his Northern roots against traditional
Southern sounds. The result is a gritty, modern approach to classic
country that transcends any singular sound, as is evident in singles
such as “Home Roads” (2016) and “Where The Whiskey Flows” (2017). For
Mackell, 2018 has been a breakout year during which he has toured across
the nation with world-famous band Sister Hazel as well as “The Voice” alumnus Tony Lucca.
In addition to touring, Mackell secured a major songwriting cut with
Lucca and has collaborated with several other burgeoning Nashville
artists. With a new EP slated for early 2019, Tom is surely on the path
to becoming one of your new favorite artists.