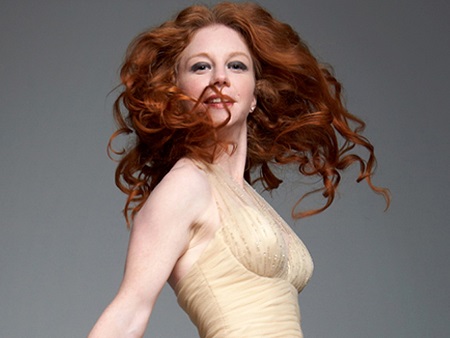 A Story of Love is a one woman show performed monthly at
venue 7695. The next showcase is May 27th at 7695 River Road Pike in
Nashville. Gates open at 5 p.m. and the concert begins promptly at 7PM.
Parking is free with attendants on site. Tickets can be purchased in
advance at 7695.us.

A Story of Love is described by arranger/pianist Ron Oates
as, “a quite welcome relief from the Nashville norm. Each show is a
delightful vignette. Your attention is captured from Amanda’s spoken
introduction, and you remain riveted for the duration.”

“It’s a whimsical, hilarious, sexy, sassy, smart and heartfelt
chronicle of the joy and heartbreak that comes with pursuit of ever
elusive love. A totally unique experience,” said music industry veteran
Tommy Williams.

Williams is grateful for the time to heal and recover from her battle
with cancer and the passing of her father in 2016. She credits these
recent life experiences as the inspiration to boldly emerge with a
unique concert series, like nothing you have ever seen in Nashville.

Garth Brooks mentioned Williams as one of his top “ones to watch” on a
recent interview with CBS. The pair co-wrote “She’s Tired of Boys” on
his Man Against Machine and RPMs albums. View the entire interview here.

A Story of Love is a show you won’t want to miss!

About Amanda Colleen Williams:
Amanda Colleen Williams is a spirted performer and Grammy nominated
song co-writer. She is the daughter of legendary Nashville Songwriter
Hall of Fame Member, Kim Williams. Williams has had songs recorded by
Garth Brooks, George Jones and many others. Her co-write with Garth
Brooks “She’s Tired of Boys” is on Man Against Machine, and the Ultimate Collection box set.

Her philanthropic work in education has led her to perform for
President Bill Clinton, Maya Angelou, and Oprah Winfrey and Ambassador
Andrew Young.

About 7695
Music venue, 7695, is a unique private event space in Nashville, TN
located in the foothills of the Cumberland River at 7695 River Road
Pike, Nashville, TN 37209. Built in the 1960’s by the Pickney Family, it
was reinvigorated as a “hillbilly Taj Mahal” for singer-songwriter
Amanda Colleen Williams by her Beloved during her battle with breast
cancer.

The facility is a stunning event venue for concerts, weddings,
parties and the likes. Its intimate structure is credited to the rolling
green fields, creek side reflecting pools, and hand-lain stone.

On the last Saturday of every month, 7695 hosts a ticketed community
concert and features some of Nashville’s best singer-songwriters. Guests
can interact with the artists at the VIP Fantopia™ pre-concert
activities sure to entertain and delight.

Tickets can be purchased in advance at 7695.us.
Limited number of VIP Fantopia™ tickets are available, the ultimate
artists & fans activities experience™. Contact customer service at
(615) 720-8882 or by email at live@7695.us.