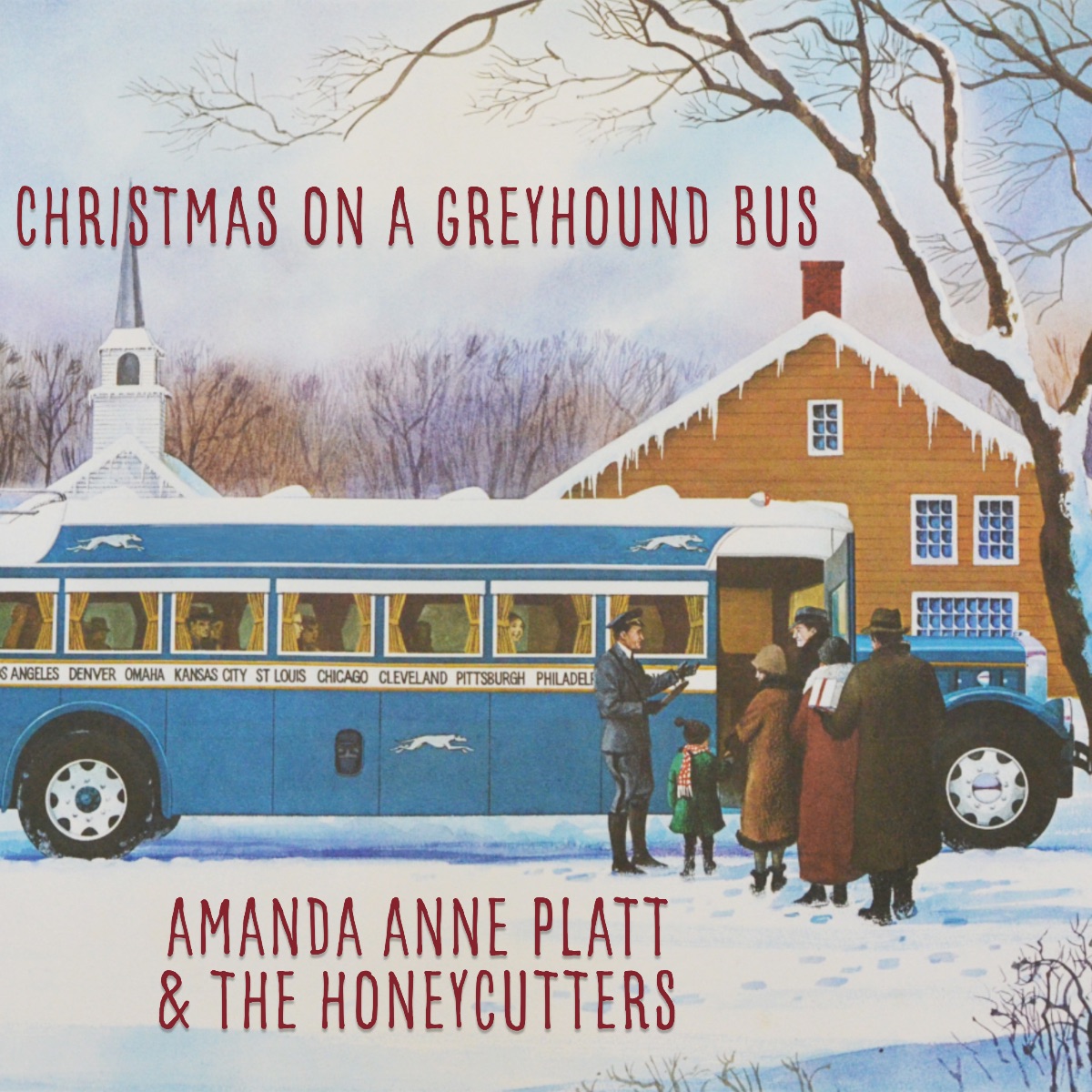 The Asheville-based Amanda Anne Platt & The Honeycutters have released Christmas On A Greyhound Bus,
an EP for the 2019 holidays that features the insightful and witty
songwriting and storytelling the Americana group is known for. On this
release from Organic Records, Platt
includes 5 selections — originals and covers alike — that are
pleasantly outside the norm for a holiday release, packaged in a
quintessentially New Traditional Country Music style.

Original songs from Platt include the old school country title track and a nostalgic “One for the Ages.” Both are filled with the interwoven imagery that has brought Platt national praise, married to arrangements that amplify the lyrics’ emotional effects.

“‘One for the Ages’ is a song I wrote one Christmas
while I was staying at my parents’ house. We were sitting around by the
tree and I heard sirens going by, and it just made me think about how
pain and struggle don’t take a pause for the holidays,” says Platt. “It was a good reminder to me to be grateful for what I had that year.”

On a lighter note, Platt and her band dish up a playful “Santa Looked A Lot Like Daddy,” borrowed from country legend Buck Owens.

The EP is bookended with a powerful choice of cover songs. Opening with a cover of Willie Nelson’s forlorn “Pretty Paper,” about a forgotten soul on Christmas, it concludes with the optimism of Nick Lowe’s classic, “(What’s So Funny About) Peace, Love and Understanding” — the pair underlining, between the very sad and the very hopeful, Amanda Anne Platt & The Honeycutters’ dramatic musical range.

Backed by her touring band that includes Matt Smith on guitar and pedal steel, Rick Cooper on bass, acoustic guitar and vocals, and Evan Martin on drums, piano, organ and vocals, Platt and The Honeycutters bring a Roots Country sound to the season.

Listen to Christmas On A Greyhound Bus HERE.

About Amanda Anne Platt & The Honeycutters

Lyrically driven, the songs of Amanda Anne Platt & The Honeycutters
blend the band’s old-school country roots attitude with their shared
influences of rock and folk. Based in Asheville, North Carolina, Amanda
Anne Platt is a storyteller by nature with an incredible band backing
her. Performing along with Platt, The Honeycutters are Matt Smith on
pedal steel and guitar; Rick Cooper on bass, guitar and vocals; and Evan
Martin on drums, piano, organ and harmony vocals.

There is an empathetic and charming wit ingrained in Platt’s
songwriting. She has a knack for accessing a deep well of emotion and
applying it to her story-telling, whether she is writing from her own
experiences or immersing herself into the melody of emotions in another
person’s life.

Music City Roots’ Craig Havighurst writes, “She’s soothing (even in the
hurtin’ songs) and sobering (except for the drinkin’ songs) and nuanced…
I’d be hard pressed to find a finer string of recordings from any band
working in the classic country/mountain tradition in these last five
years.”

“This is a band that does everything right,” says Goldmine’s Mike
Greenblatt. “Platt deserves all that might come to her over this, her
fifth (and best) album. Backed by pedal steel, electric guitar,
keyboards, bass, drums, percussion, and vocal harmony, it’s Platt’s show
as she writes, sings and co-produces. Complete with lyrics of
introspection with the kind of words you can chew on long after the
album ends, it also works on a lighter level by dint of the fact that it
just sounds so damn good. Go as deep as you want. It’s all good, as
they say.”

Amanda Anne Platt & The Honeycutters received a shout out from
Fodor’s Travel Magazine in a write-up about the band’s hometown of
Asheville, NC, and a couple of years back they were also featured on XPN
World Cafe’s Sense of Place series. In 2017, their music also placed
into the Americana Music Association Year End Top 100 list of Americana
Airplay for the second year in a row.