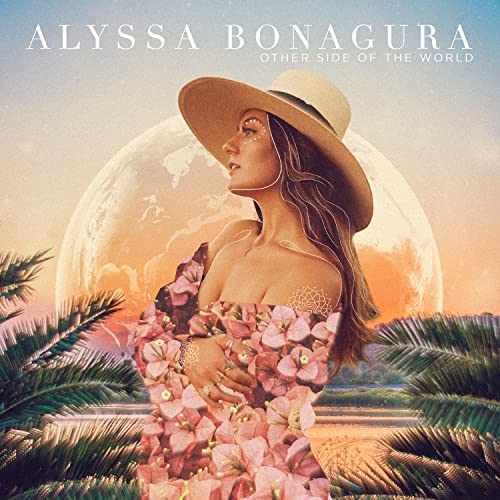 Years before releasing 2021’s single “New Wings,” Alyssa grew up in Tennessee, an only child raised by parents who sent nearly a dozen songs toward the top of the Billboard charts as leaders of the country band Baillie & the Boys. “I was three weeks old when my parents landed another Top 10 single,” she says. “My mom said, ‘Alright, let’s take the kid on the road,’ and I grew up on their tour bus. My life was waking up in a different city every day and singing with them. I wanted to be just like them.”

Back home in Nashville, she bonded with her father over a shared love of music production and songwriting. Together, they converted the family attic into a home studio, where Alyssa began layering her vocals with a mini-disc recorder. By 16, she was recording her own songs, making sense of the outside world by turning her trials and triumphs into music. She landed her first national tour that same year, opening 50 shows for fellow genre-bender Marty Stuart, and became a go-to session singer for artists like Matt Maher and Vince Gill.

Being on the road felt natural, even for a teenager who’d just discovered the joys of home recording. “I’ve been a traveling gypsy my whole life,” Alyssa explains. “I’m a storyteller who’s always on the move, and I’ve been inspired by all walks of life. At a young age, I learned that we are all different, and we shouldn’t have to conform to any singular label. I applied that lesson to my music. My songs aren’t supposed to be confined to a box or a genre — they’re just who I am.”

Producing her own songs often required Alyssa to play her own instruments. An ear-trained pianist, she learned to play guitar, mandolin, bass, drums, and more. She drew her inspiration from an equally wide range, listening to everything from her parents’ old-school favorites — including Joni Mitchell, James Taylor, and Fleetwood Mac — to millennial musicians like John Mayer and Dashboard Confessional. Above all, she loved the Beatles — a love that only deepened when she relocated to England to study sound technology at the Liverpool Institute for Performing Arts. When she graduated in 2009, she received her diploma from the school’s co-founder, Sir Paul McCartney.

Living in England for three years left a permanent mark on Alyssa’s music. She was drawn to the complex chord progressions of the Beatles, the atmospheric soundscapes of Coldplay, and the folk-pop sounds of the country’s Americana community. All of it found a space in her own songwriting. Making waves in the British scene, she opened for Ringo Starr as a member of Pete Wylie’s band, The Mighty Wah!, then played an acoustic set at Glastonbury Festival as a solo artist. Following a UK tour opening for Raul Malo of The Mavericks, she returned home to Nashville and signed a publishing deal with Rondor Music International, kicking off a new phase of her multidimensional music career.

The English Diaries, her full-length debut album, arrived in 2010, followed two years later by Love Hard. Her pop song “I Make My Own Sunshine” was featured in a Lowe’s commercial and was later covered by rock legend Steven Tyler on his chart-topping country album, We’re All Somebody From Somewhere. 2016’s Road Less Traveled found Alyssa returning to her Americana roots, while a long history of additional opportunities — such as writing and producing songs from Jessie James Decker’s Number 1 country album Southern Girl City Lights; co-writing and singing on Nelson’s Top 40 adult contemporary hit “This Christmas;” and landing singles with Jana Kramer, Sarah Jarosz , and Jo Dee Messina — showcased the broad range not only of her musical interests, but her abilities, too. So did her time spent in The Sisterhood Band, a major-label country duo whose whirlwind career included two EPs, critical acclaim from Rolling Stone, and a run of UK stadium shows as Rod Stewart’s opening act.

Alyssa Bonagura resumes her solo career — and scales new heights — with New Wings, an album created during the pandemic. When the global health crisis brought her gypsy lifestyle to a halt, she found new ways to chart unexplored territory without leaving her home studio. Using Zoom, she worked with producer friends Davis Naish (Eric Church), Tom Jordan (Seaforth), and Tawgs Salter during a series of virtual collaborations, steadily building a record about transformation and transition. Following advice given to her by Coldplay’s Chris Martin, she also embraced a rule-breaking, genre-jumping sound that made room for country, folk, R&B, and everywhere in between. On a record filled with sparkling sonics and the occasional high-powered guest appearance, though, it’s Alyssa Bonagura who shines the brightest, delivering songs rooted in struggle, survival, and the soaring feeling of flight.