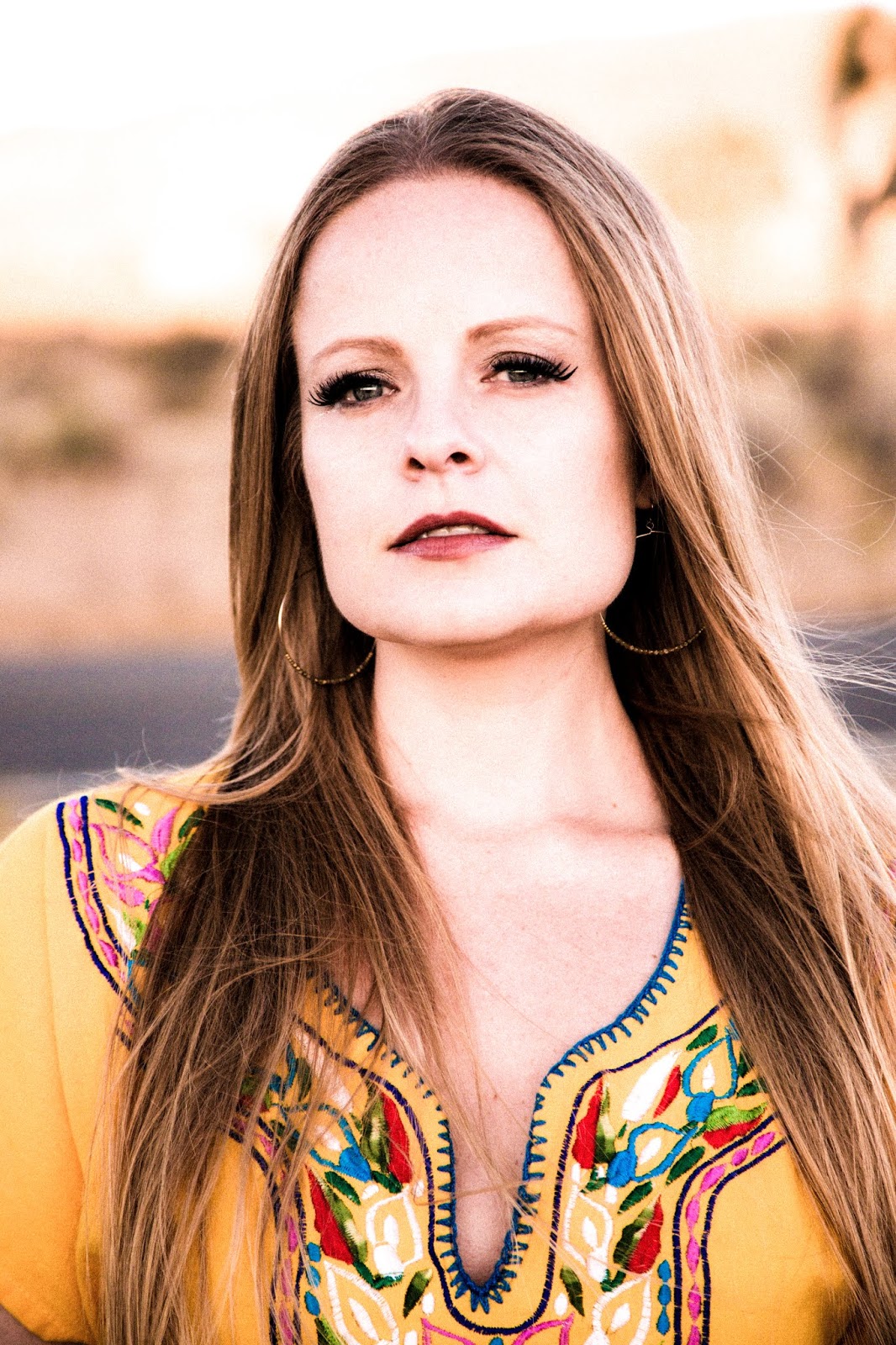 Answer:  I describe my music as „Americana“, which is
a somewhat new term to refer to roots music here in the U.S. It is music that
is informed by a variety of genres: blues, folk, country and more. Mine, in
particular, is influenced most heavily by country music – but it’s the kind of
country music that Emmylou Harris or Dolly Parton or Linda Rondstadt have made.
It doesn’t fit into the current model of what country radio is lookng for. So
it’s Americana.

Answer:  The last year has been a somewhat unique one
for me, because I did not spend nearly as much time touring as I usually do.
But that’s because I have been involved in writing and recording what I think
is an absolutely incredible new album. We are set to release it in January, and
I have never been so excited to share a body of work with my fans. I got to
work with some of the best players and producers in Los Angeles for this one,
as well as some incredible co-writers. I am so proud of this album and can’t
wait to see what next year will bring.

Answer:  I released my last album nearly 3 years ago.
But it performed very well. It charted on the U.S. Americana radio charts. It
was named Best Country/Americana album by the LA Music Critic Awards. It was
listed on the first-round Grammy ballot in 7 different categories. It is an
album I am very proud of, and it has been such a pleasure to share it with
people over the last few years.

Answer:  I have always written by myself – until
recently. For my last album, all of the songs were written by me, except one
song where we did a version of a classic Patsy Montana yodeling tune from 1935.
But on my album that will be released next year, I finally enlisted the help of
some talented friends to help me craft some of the songs. I have met some
incredible songwriters over the last few years, and I finally realized how
beneficial it would be to explore co-writing. It’s a scary thing at first.
Songwriting has always been a very personal process for me. And the idea of
bringing another person into that space that can leave you so vulnerable was
petrifying. But I am so glad I did. In particular, I have been collaborating
with a songwriter named Andrew Delaney from Dallas, Texas. Andrew and I met at
a songwriting competition outside of Austin and became fast friends. He is one
of my favorite songwriters, and I feel pretty lucky to call him my friend. My
new album has three co-writes with him, and I also recorded a version of one of
his songs. I also have a co-write on my new album with my producer, Kirsten
Proffit. Although I still love writing by myself, I do think that the co-writes
are some of the best songs on the album.

Answer:  In the last few years, I’ve really come to
appreciate the story telling potential in a song. For many years, I wrote songs
that were much more personal and emotionally-driven. But my degree is in
journalism. I am a trained storyteller. And it took me a little while to fully
realize how powerful a story song can be. I’ve spent a lot of time touring in
Texas, and story songs are such a huge part of the Texas songwriting tradition.
So now, I look for ways to tell stories about the world around me, and perhaps
shed some light in areas that my audiences hadn’t yet thought of. I’m still
learning and growing as a songwriter, but I truly enjoy the process of
conneting with an audience through a song.

Answer:  My last CD was heavily influenced by classic
country, whereas my new one is much less so. But it still has elements of it
sprinkled throughout. I have always loved so many different styles – blues,
rock, jazz, soul folk, country – and my songs are all influenced by my varied
tastes. But this new one is harder hitting. The songs themselves are about more
serious topics: the environment, politics, humanity, women’s issues. They
called for a different type of production. We wanted to really make a statement
with this one, and I think we succeeded.

Answer:  I am a very vocally-driven songwriter. I
write songs that I love to sing and that showcase what I can do with my voice.
I consider my voice to be my instrument. That’s why I’ve loved incorporating
yodeling into my songwriting – because using those vocal breaks to add more
dramatic elements to a song is something that isn’t done very often anymore. My
song „Echo Canyon“ is one of my favorites to sing. It uses vocals breaks to
mimic the cries of a coyote in a lonely canyon. It is big and dramatic and
powerful. And in the studio, we were able to add lots of swirling harmonies to
echo those yodels, creating a huge sound. Those are the kinds of songs I love
to sing and record.

Answer:  Almost total creative control. I have chosen
to work with producers who offer advice on my songs, but who ultimately allow
the songs to be what I intended them to be when I wrote them. They are also
great at enhancing my original ideas with production techniques that I wouldn’t
have even known existed. But I am very lucky to work with people who allow me
to be the kind of artist I want to be.

Answer:  I am constantly striving to deepen my
musical roots. My first inspirations were my parents. I grew up listening to the
two of them strum guitars and sing harmonies on songs like Gram Parsons and
Emmylou Harris duets in the living room. It made me want to pick up a guitar
and join them, and it really planted the seed for my love of folk and country
music. The Lilith Fair era of the 90s was also a huge influence on me as a
young teenager as I was writing my first songs – watching strong women like the
Indigo Girls, Sarah McLachlan, Alanis Morrisette, Jewel, and so many others,
headlining festivals and showing budding women songwriters like myself that it
could be done. And once I really got the bug to start songwriting thanks to
those women, I found myself going back and really listening more closely to the
artists my parents exposed me to from the beginning – artists like Emmylou
Harris, Dolly Parton, Bonnie Raitt, Linda Ronstadt. I really had such great
examples of strong women in music from the start thanks to my parents. And I
still find that those artists influence me the most even today.

Answer:  Performing live on stage is absolutely my
favorite part of being an artist. It has always been hard for me in the studio
– trying to capture the same kind of performance without the energy of an
audience is a strange thing. I get my inspiration from those people who come to
see me play. I could even be playing for a crowd of three people, but if those
three people show that they are truly listening and engaging in my stories and
songs, that’s all I need. Connecting with audiences through my songs is the
most rewarding and motivating thing I get to do. I could never be an artist who
spends most of their time in the studio. I need that interaction to survive.