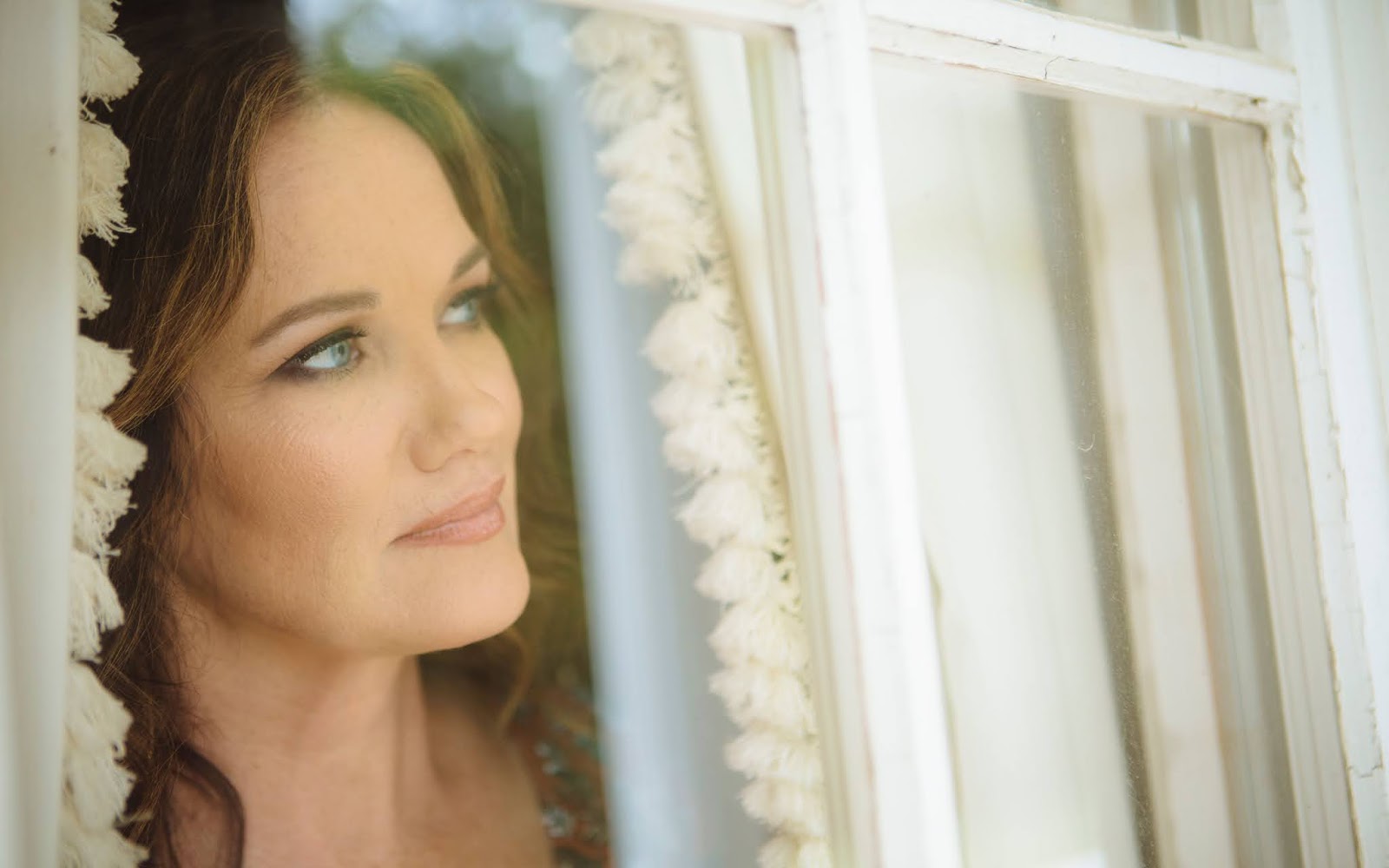 Alecia Nugent is a true country southern
lady. She calls Hickory Grove, Louisiana, home. Alecia became the lead singer
of her dad’s group, The Southland Bluegrass Band, when she was in her teens.
She went on to record three albums for Rounder Records in the early 2000s,
toured the U.S. extensively and performed shows in Switzerland, Italy,
Scotland, Ireland, Germany, Austria, Netherlands and Canada as well.

I am so glad Alecia Nugent is BACK on her
Country AND Bluegrass music ground. We have missed her! Alecia had stepped back
from the limelight ten years ago. “It almost doesn’t feel real,” notes the
songstress. “I went home for a visit and didn’t come back to Nashville for
almost ten years.”

When Nugent left Nashville she never meant
to leave music behind, but she found, as many do, that life had other plans of
its own. She says, “I lost my dad, lost in love and grieved alongside my
daughter for the death of someone she loved.
But I am grateful for the time that I had with them. For everything
there is a season.”

For Nugent, this album is full of life, an
album full of death and all the brokenness in between. “I’ve tried to embrace
it all and grow personally, spiritually and emotionally and here I am,” she
recalls.

Under the wing of tried and true Country
producer Keith Stegall, they have created a very special album, titled The Old
Side of Town, that was released on Sept 18. ‘The title song, “The Old Side
of Town,” was written by Tom T. Hall, who is Alecia’s former employer and
mentor. Alecia also makes her debut as a strong songwriter with five out of
nine songs on the project.

I
recently got to catch up with her via email and I am so glad I DID! 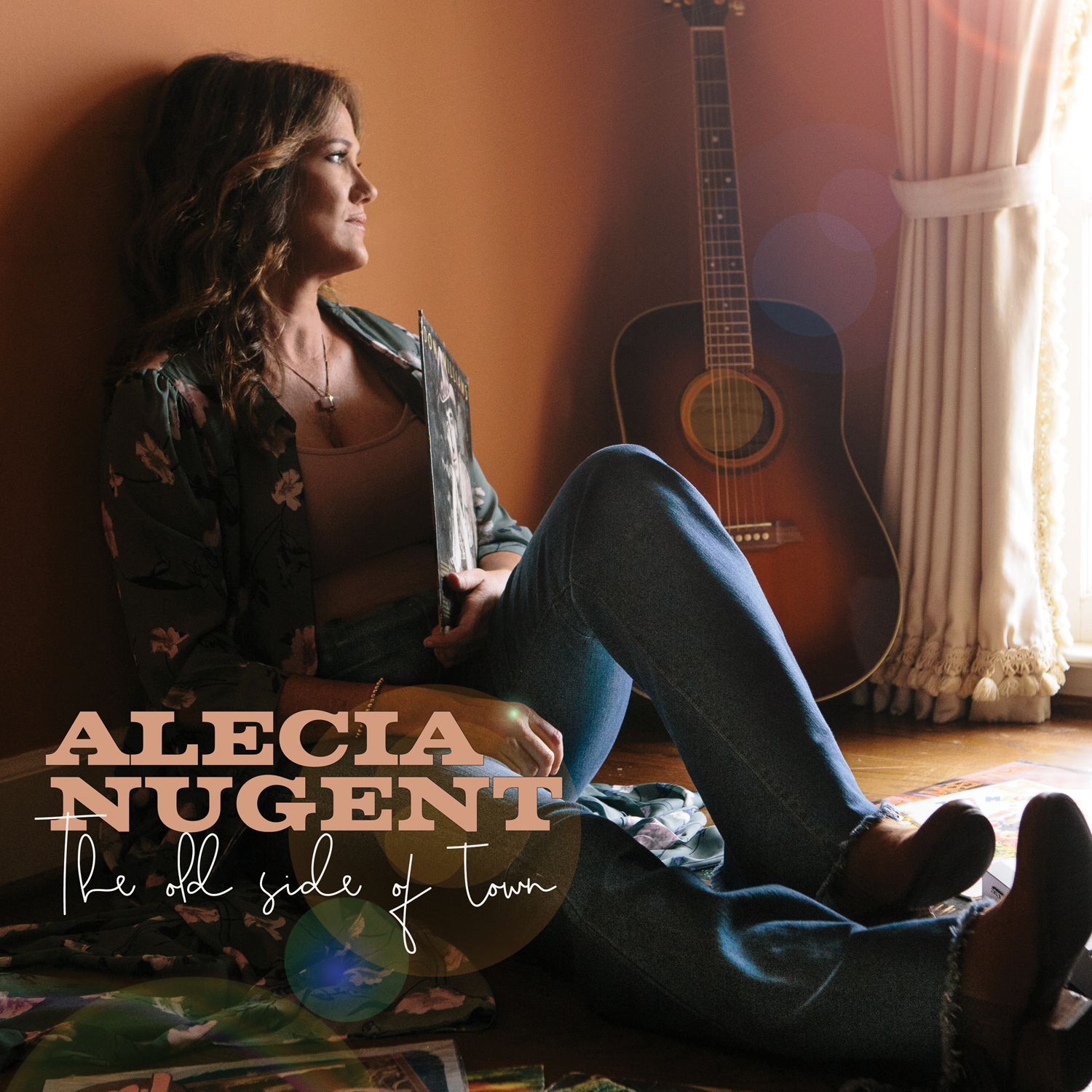 PH:
How long have you been working on this project?

PH:
What was the creation process for the music?

AN:
It started with co-writing the song about my dad with Carl Jackson, then
after meeting with Keith Stegall about producing the record, he helped me in
setting more writing appointments

with some of the writers on the
record.  I think the only one I set up
outside of Keith’s office, was with Larry Cordle and Kevin Denney (other than
the one with Carl).  After we had 20-25
songs to pick from, Keith and I listened through the songs, and picked the ones
we thought worked best for the project.

PH:
What’s your vision of the next six months from this project?

AN: Release three or four singles from it,
hopefully have some luck on the charts, and schedule tours for 2021 to promote
it.  I’d love to get the chance to play
the Opry again. If I get to dream big, a Grammy nomination would be nice too! LOL

PH:
What were the most challenging aspects or obstacles for this project?

AN: I’d say…probably my voice getting
back in shape for studio.  I’ve been gone
so long, and not singing enough to keep the vocal cords warmed up. Keith had to
send me home two or three times when we were trying to cut vocals. He’d tell me
to get rid of that frog in my throat and come back the next day.

PH:
Was quarantine an issue with the process or had you been working on it
already?

AN: Actually, the record was done before
quarantine began.  We sat on it for
months after it was finished because I was busy taking care of my mom after
having some health issues. She went back home to Louisiana in April this year,
and I took advantage of the quarantine to get the project ready for release.

PH: Smart lady! What were some of your
favorite parts about bringing this project to life?

AN: Definitely, working with Keith, all of
the songwriters, and the day of tracking out at Castle Studios. Tracking day
was a bit intimidating for me to be in-studio with some of my favorite musicians,
but they made me feel like I belonged right there with them.

Asked what she’d like her bluegrass fans to
know about The Old Side of Town, she replies, “That it’s still me. We
may have changed some instrumentation on this record, but the songs are still
songs about life. I’ve always gone down that road. I’ve always tried to pick
songs that are meaningful, and songs that people can relate to. I hope they
don’t judge the fact that there is no banjo and that there’s a lot of steel
guitar. I think for the most part, most people who enjoy bluegrass music are
also interested in classic country, so this record’s just me, letting my roots
show.”

It’s
not secret Alecia is known for making compelling Bluegrass throughout her early
career. The IBMA and SPBGMA award-winner and former Rounder Records artist
marks her foray into Country with a surefire Country song.  Robert K. Oermann, one of country music’s most
celebrated critics said, “Like all great country music, ‘They Don’t Make
’em Like My Daddy Anymore’ springs from life. It’s honest and soulful and true.
Alecia Nugent deserves your heartiest applause. She already has mine. Her
re-emergence as a record maker has me tossing my hat in the air.”

The
track list alone sounds like a country movie in the making. Nugent says she can
hear the sadness while listening to The Old Side of Town, and in fact,
one of the tracks is titled “Sad Song.” She explains, “I can’t say that every
song in there is about my life, but a lot of it is. It’s an album full of life,
it’s an album full of death, and it’s all the brokenness in between.”

Yet there’s also a sense of humor on “I
Thought He’d Never Leave,” and the breakup songs are not always what they seem,
as in “The Other Woman” and “I Might Have One Too.” In addition, “Too Bad
You’re No Good” gives Nugent a chance to show her versatility with an upbeat
song, which could go bluegrass or country. And throughout the project, she
gives the musicians, including fiddler Stuart Duncan, guitarist Brent Mason,
and steel player Paul Franklin, a chance to shine too.

Tom T. Hall, sums it up best: “It’s
kinda strange but two of my best friends and great singers liked the same song:
Alecia Nugent and George Jones. Both recorded ‘The Old Side Of Town’: two of my
favorite records. I’m not taking sides, but one is better looking than the
other one.”

Alecia
Nugent Notes: Nugent was awarded SPBGMA Female Vocalist of the Year honors
in 2007, 2008, 2010, 2011, and won the IBMA Album of the Year award for
MUSICIANS AGAINST CHILDHOOD CANCER. She has performed 71 times on the Grand Ole
Opry.