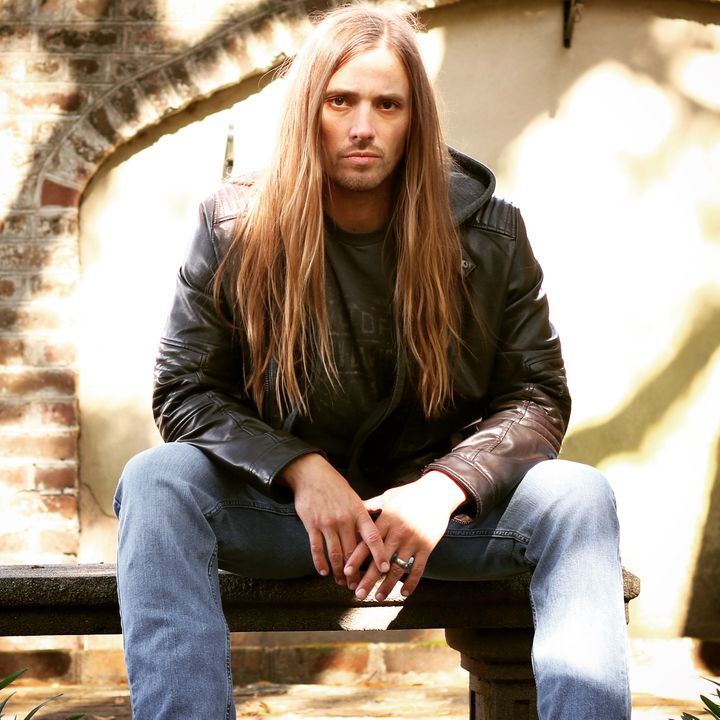 1)
Music has many new fans throughout Europe who may be hearing about you
for the first time. How would you describe yourself and the music you
play to someone who has never seen or heard you?

2) What kind of songs do you like to record the most?

I
write songs that have a backstory.  Some are funny, some are serious.  I
just like music with substance.  I love music that makes the audience
get into the story and they just want to tap or sing along.

3) What is your favorite song among all the songs you have recorded and what’s the story behind it?

My
favorite original is a song titled “Someone God Can Use”.  Its about
the homeless folks you see standing on the roadside asking for money.  I
encountered that one day and the next day our minister was speaking
about it and he said the line, “They are all someone God Can Use”, and
boom, there was a song.  My favorite cover song is Semper Fi. I had the
honor of re recording and re releasing this song with my hero and mentor
Mr. Trace Adkins.  He originally released that song during my
deployment and it was a song I really loved and related to during my
time with the Marines and to this day.

Before
I released “Someone God Can Use I had released a little teaser about
it, like “coming soon” and the next day I received an email from someone
telling me the story of how her husband was a veteran and how he was
also homeless at one time but she knew in her heart he was a great man
and they ended up getting married and had been married for 20 years and
he died and she was asking to play the song at his memorial.  It was a
very touching story.

5) Who inspires you musically and how deep do your musical roots run?

My
musical influences come from Waylon Jennings, Merle Haggard, Johnny
Cash, Don Williams, Hank Jr., Trace Adkins, Jamey Johnson & Chris
Stapleton. My musical roots began with piano when I was a young child.  I
later picked up the guitar and I began to pursue music professionally
after my time with the Marines ended.

6) What do you think about today’s music scene versus its past and where do you see it going in the future?

I
have great respect for every artist and musician, even if I don’t care
for their style of music.  I think music evolves.  I think what was once
will repeat itself in a slightly different updated variation.  I just
stick to what I do and there are folks that love it and folks that don’t
and I respect that.  I’m not for everybody nor do I try to be.  I’m
just Adam Warner, a singer of classic country tunes.

7) If you had the chance to change something about the music industry, what would it be?

I’d
try harder to lower the walls between the different genres of music.  I
think most people like more than one style of music and I think it
would be great to have more festivals and events with a variety of music
to introduce more people to different types of music that they may not
have otherwise listened to.

8) What was your big break that got you into the music business?

I
accidentally met my manager in a restaurant the day I got home from
serving in the Marines and we became friends and when I finished college
he encouraged me to pursue my dream.  My first break from a successful
music artist was from Trace Adkins.  He gave me the opportunity to open
up on his tour and that opportunity continues to open doors for me to
this day.

9) What inspired you to become an artist?

My mother pushing me into piano lessons i guess.  That and I just loved music.  All kinds of music.

10) What has been your greatest challenge in music business?

11) What moments in your career stand out in your memory as highlights and achievements which you are proud of?

Releasing
my first single that I wrote, “Roudy As Randall”, a tribute to Hank
Williams Jr. and hearing it on the radio for the first time.  Also
getting to go back to my hometown and perform for my family and friends
that have supported me since the beginning of this endeavor and the
biggest moment to date in my career will be performing on the stage of
the Grand Ole Opry for the first time June 9, 2019. I am truly honored
to be apart of Sunday Morning Country.

12) What message would you like to send your European fans?

If
you like authentic country music then follow and engage with me on
Instagram & Facebook, download and add my music to your Spotify
& Itunes playlist and most importantly request for Adam Warner to
come to your festivals and events!!  I have a passport and a guitar and a
great band and I’m not afraid to use them!!!